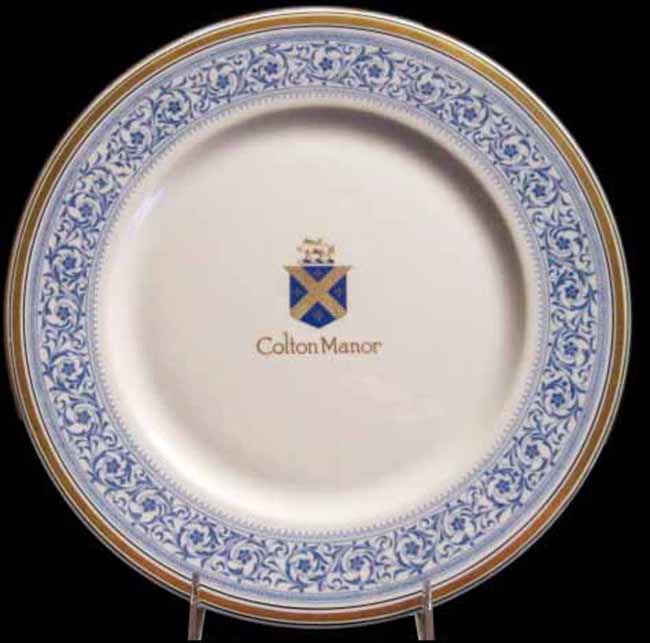 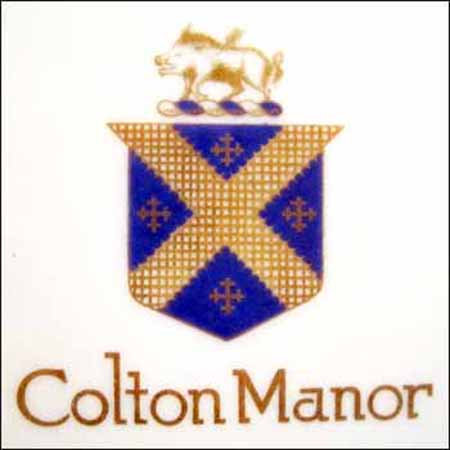 Note: Located at 110 S. Pennsylvania Avenue in Atlantic City, N.J., the 13-story, 250-room Colton Manor Hotel was built in 1926. Known for its famous Ship's Sun Deck on the roof of the hotel with its glassed in and open areas and for its sleeping-porch suites.

In 1943, Atlantic City was transformed into a basic training and medical care center, and by the end of the war the Army had taken over 40 of the resort hotels. Nurses stationed in Atlantic City were housed in Colton Manor. (Source: venus.atlantic.edu)

In 1967, a motel was added to the premises and the name became the Colton Manor Hotel & Motel. In 1977, the establishment was still in operation.

White body with two black lines on either side of a coin gold band on the outside rim. The inner rim has a wide band of blue scrolls and flowers. The logo in the well of the plate is a blue and gold crest with a gold boar above. There is an arrow in the side of the boar. Please note: The animal is not a badger. 🙂