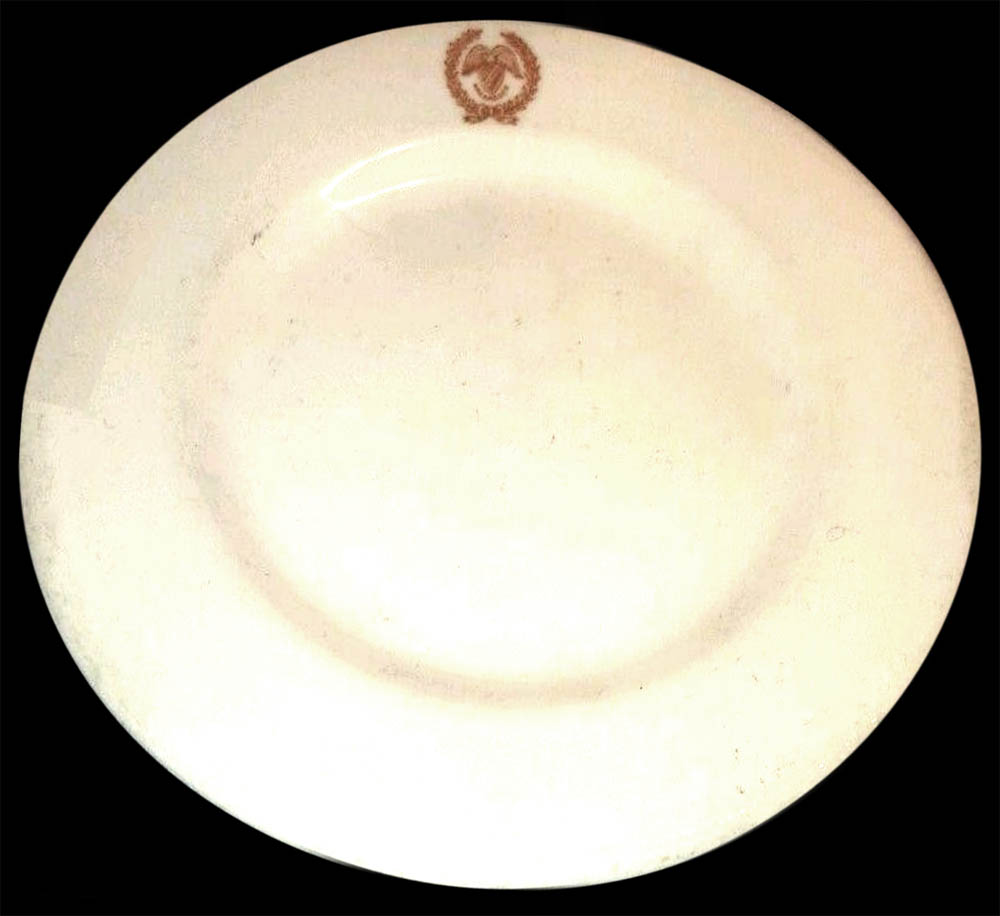 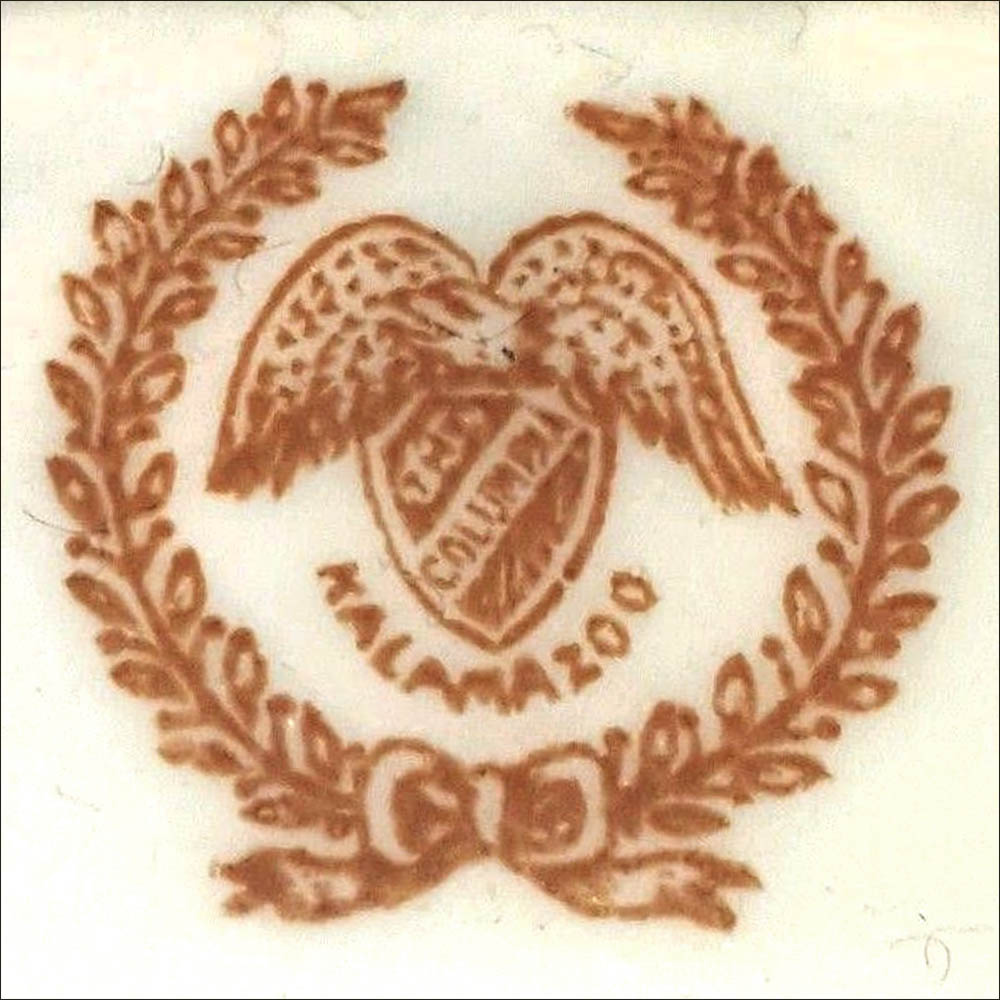 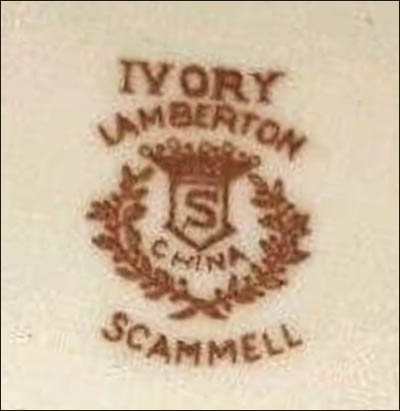 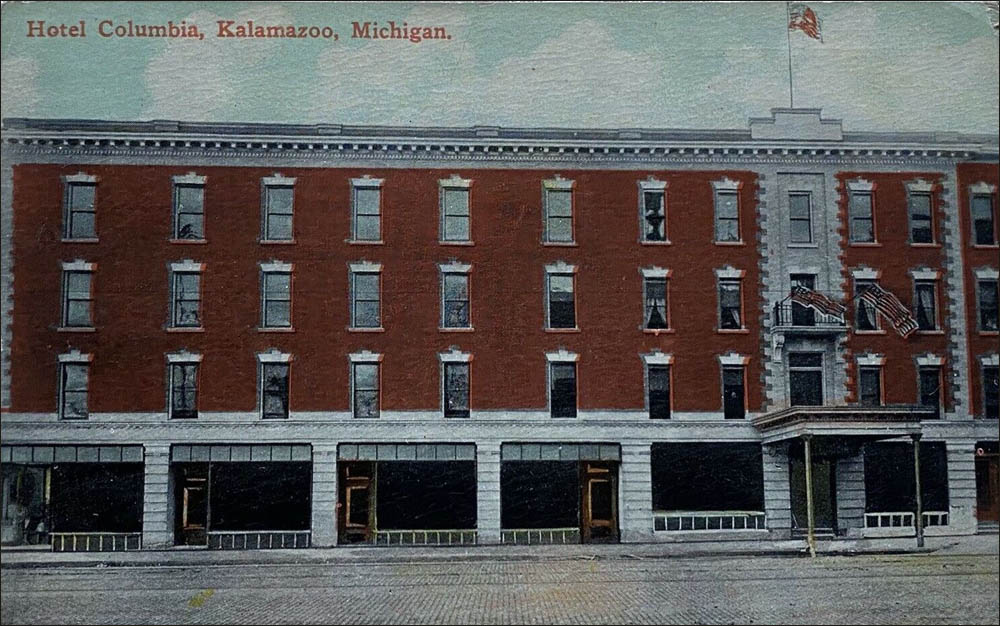 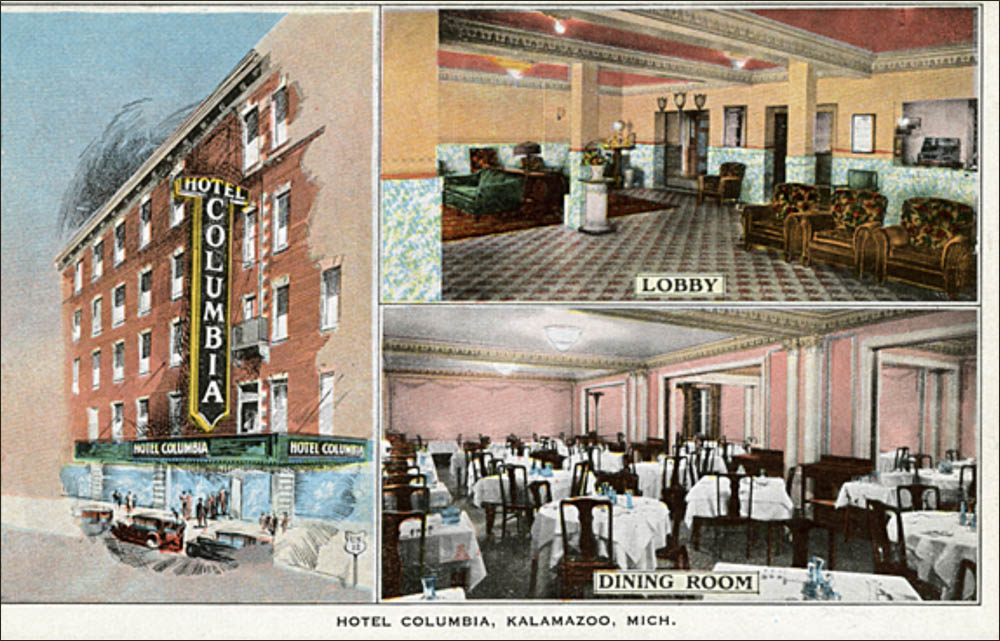 Notes:  What eventually became the four-story Columbia Hotel at 348 E. Michigan Avenue in Kalamazoo, Michigan, opened in 1873 as the Pacific Hotel. It had a couple name changes and owners before Adam Ehrman bought it in 1899 and renamed it the Columbia. Adam's son, Frank, took over management of the hotel in 1920 when his father retired.

Over the years the Columbia underwent several renovations and improvements, including an addition in 1923 that brought it up to 200 rooms with 100 baths. The 1923 addition included a large formal dining room on the ground floor. In 1931 there was an extensive renovation that included creation of a 700-seat ballroom and a new coffee shop.

After Frank Ehrman died in 1942, the Columbia was sold to John Tuberty. In 1949, Tuberty sold it to the Ingram-Cunningham Hotels Co. There were other ownership changes before the Columbia closed in 1982.  In 1983, the building was purchased by a group of local investors. It was renovated and converted into an office building named Columbia Plaza.

Scammell China produced a china service for the Columbia that is crested with the hotel shield within a laurel wreath.  This red transfer crest is the only decoration on the china.  It is on Scammell's Ivory body ware, which was introduced in the late 1920s.