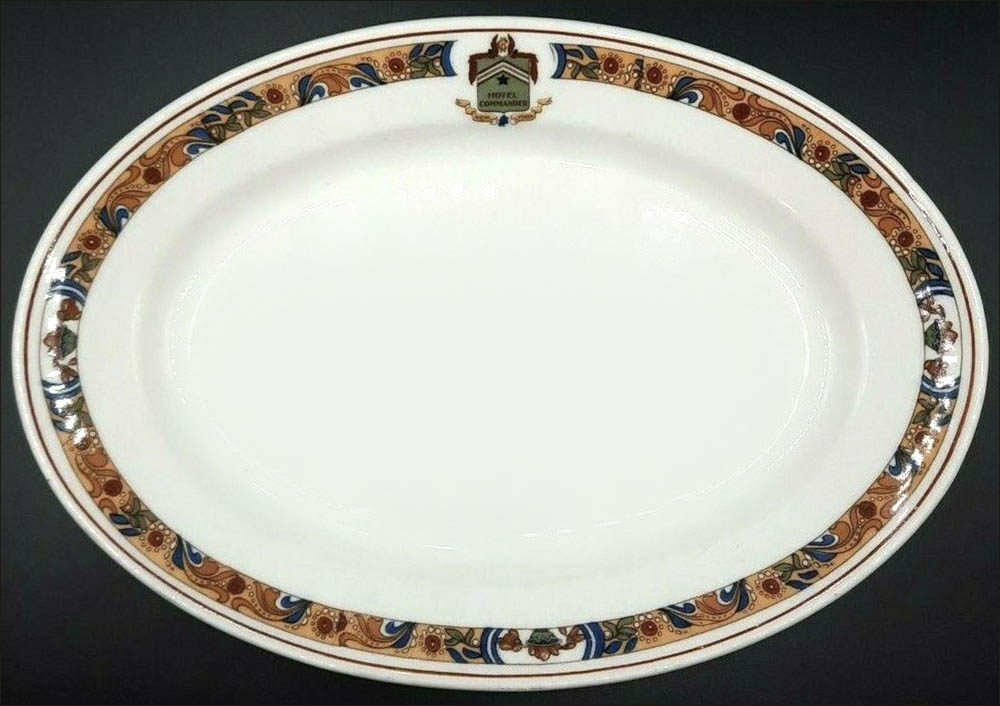 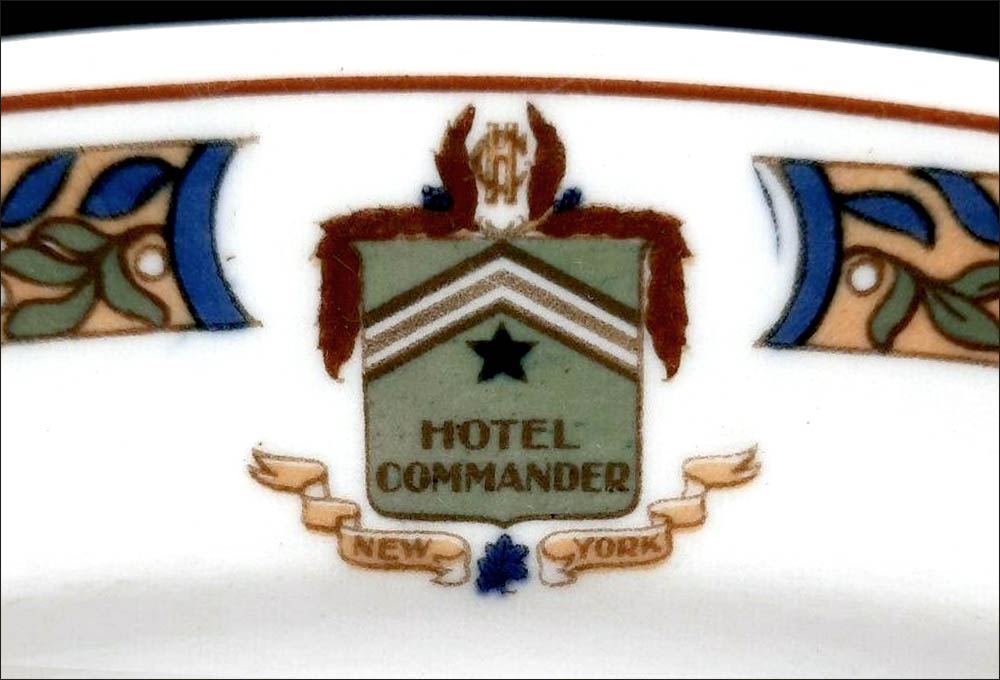 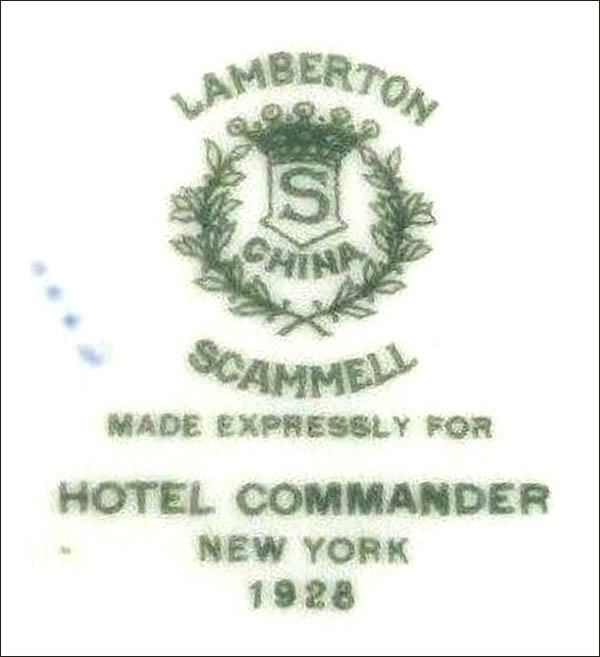 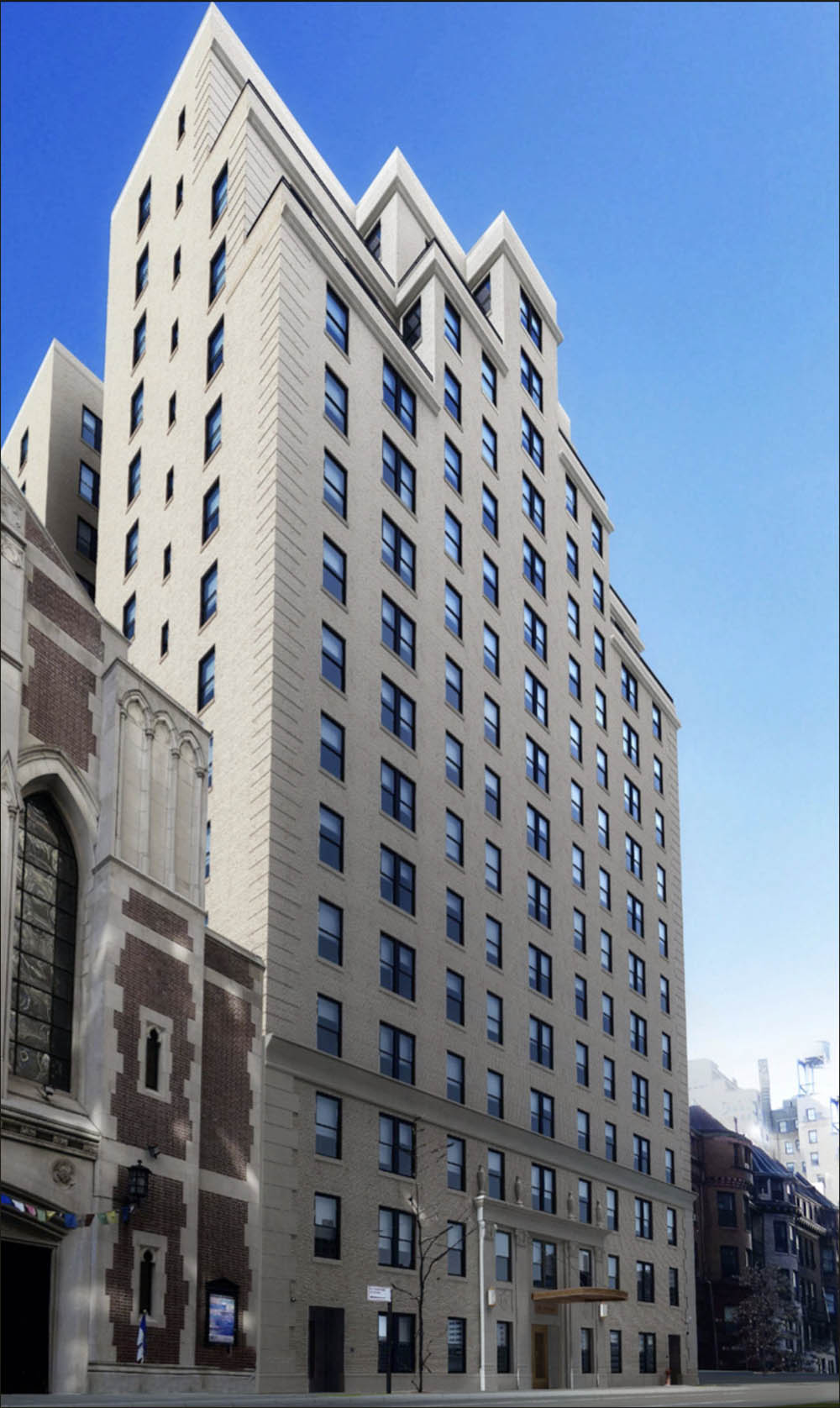 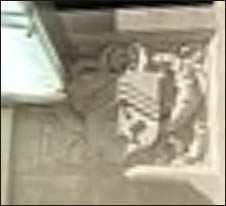 Notes: The 16-story Commander Hotel at 240 West 73rd Street opened in 1928. It opened as an apartment hotel with 305 suites that ranged in size from one to three rooms. Some were rented as apartments while others were for transient guests.

Around 2007, the Commander was converted into 217 apartments and renamed Central Park Apartments. By 2012, it had been renamed Tempo.

For the Commander, Scammell China produced a Lamberton service crested with a multi-color shield. This shield is similar to one that appears on the hotel's exterior near the entrance. The logo is flanked by a decal border designed in 1924 by Emil Schnepf. The design was patented in 1925 (Des 68,994.) The original china order is backstamped for the hotel and dated 1928.