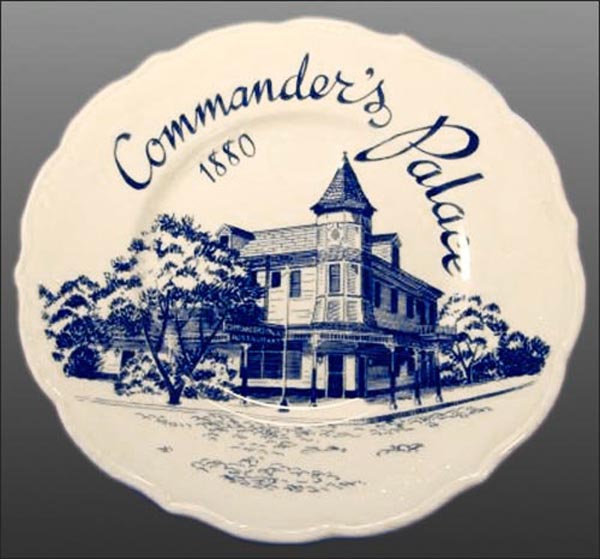 Notes: Commander's Palace, located at 1403 Washington Ave. at the corner of Coliseum in New Orleans, opened in 1880. Emile Commander established the restaurant as a neighborhood venue in the Garden District. The turquoise and white Victorian building itself is still a landmark, with its turrets and gingerbread.

The restaurant has won many awards over the years and both Paul Prudhomme and Emeril Lagasse were executive chefs.

In 2005, Hurricane Katrina wrought much damage to the restaurant but it reopened a year later. The menu consists of Creole and American cuisine with most of its fresh ingredients coming from within 100 miles of New Orleans. Even the herbs used in cooking are grown on the roof.

White body with line drawing of the building and Commander's Palace 1880 in blue.

ID and photo contributed by Marc