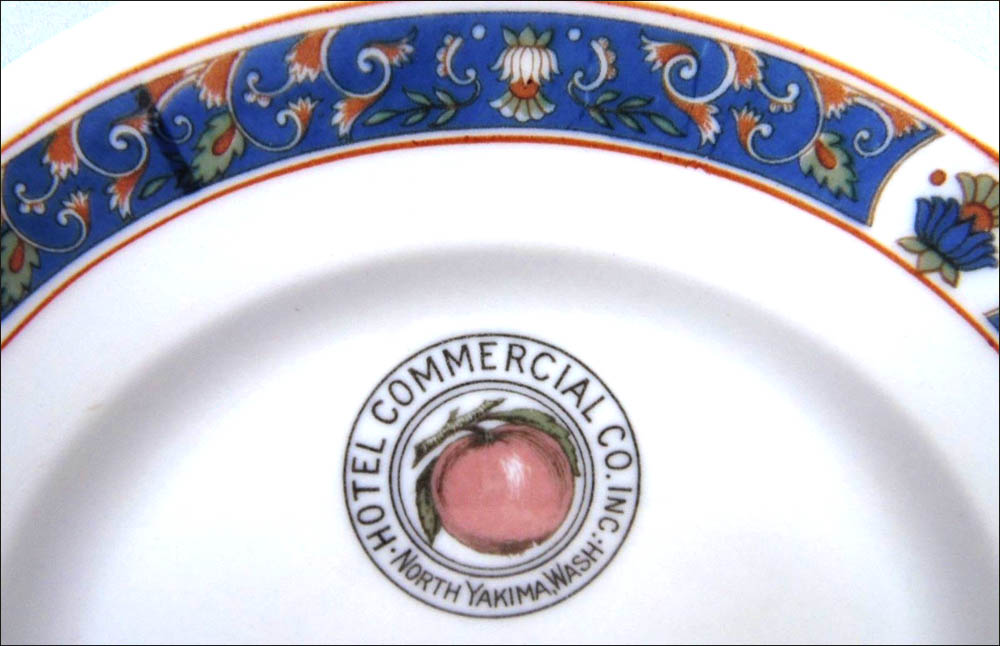 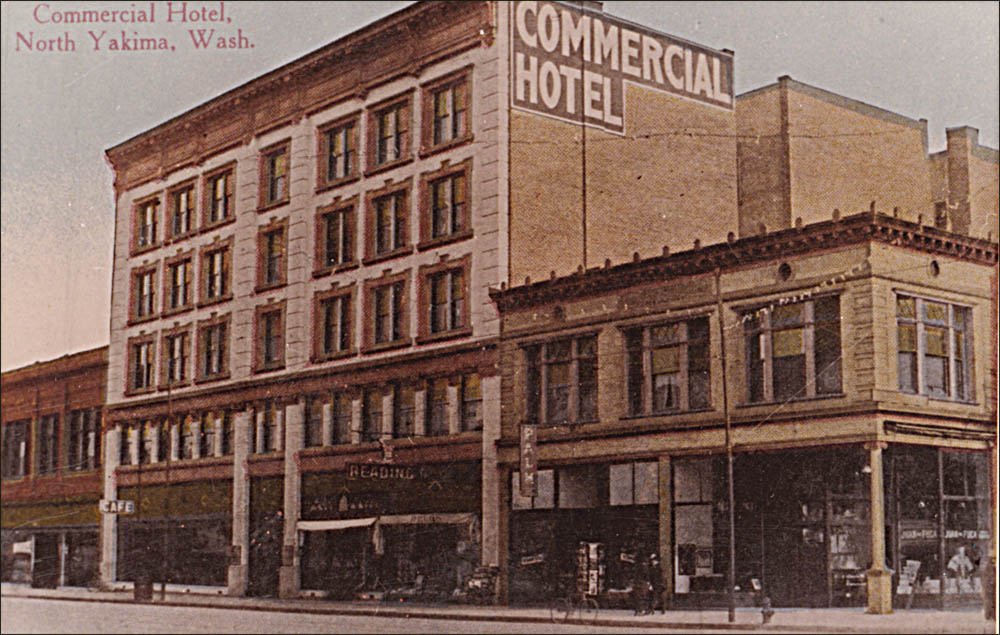 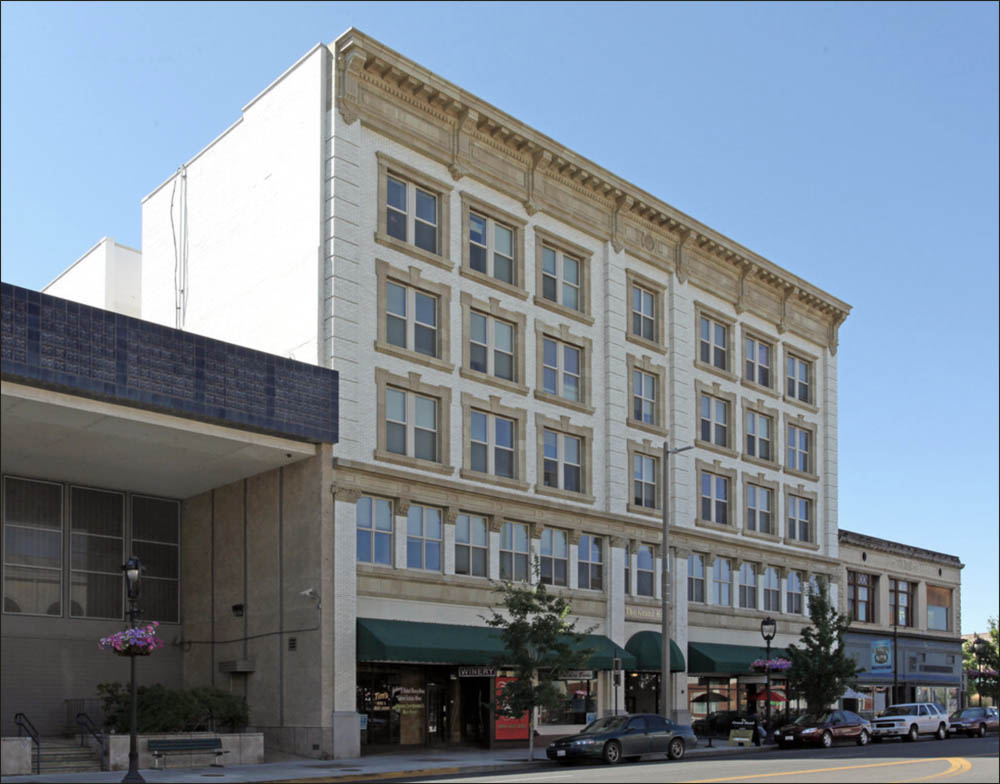 Notes:  The five-story, 140-room Commercial Hotel at 310 E. Yakima Avenue in Yakima, Washington, opened around 1910. It contained a dining room, coffee shop and ballroom. The Commercial was later renamed the Grand.

By 2021, it had been converted into a 51-unit senior apartment building and renamed The Grand Hotel Apartments.

Maddock Pottery made a Lamberton china service for the hotel with a circular crest containing an illustration of an apple in the center and the hotel name and address around the outer band. The decal border is shown in the Maddock pattern sample book as border #8074 and #2260.  The china was supplied by Frederick & Nelson.