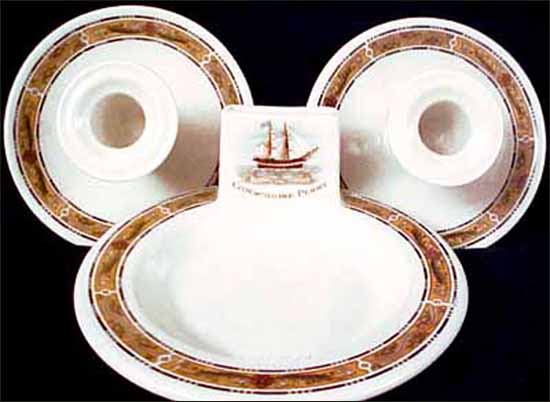 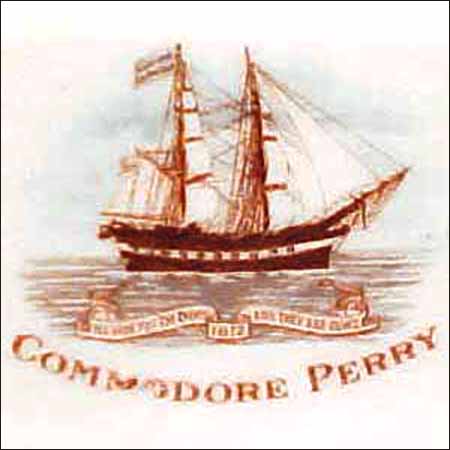 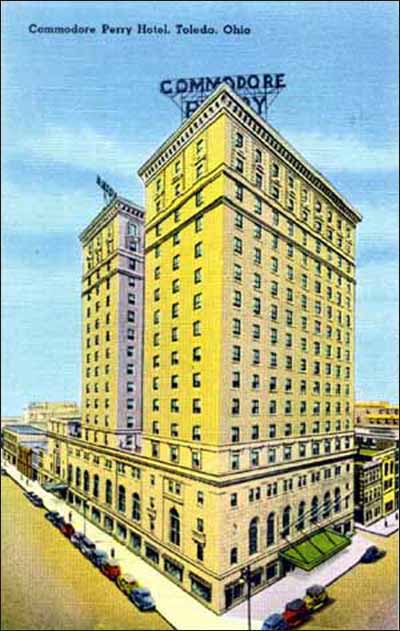 Notes: The 19-story, 500-room Commodore Perry Hotel is located at 505 Jefferson Street in Toledo, OH. Construction was completed in 1927; and is the home of the famous "Travertine Dining Room."

The banner under the ship on the matchstand says, "We have met the enemy and they are ours." On the ships flag it reads, "Don't give up the ship." This famous battle was fought on Lake Erie during the War of 1812 when Commodore Perry destroyed the British fleet.

The Commodore Perry is now an apartment building and was added to the National Register of Historic Places in 1997. The apartment conversion started June 1, 1999 and was completed at the end of March 2000. There are 156 apartments on 13 floors and office space on the ground floors.