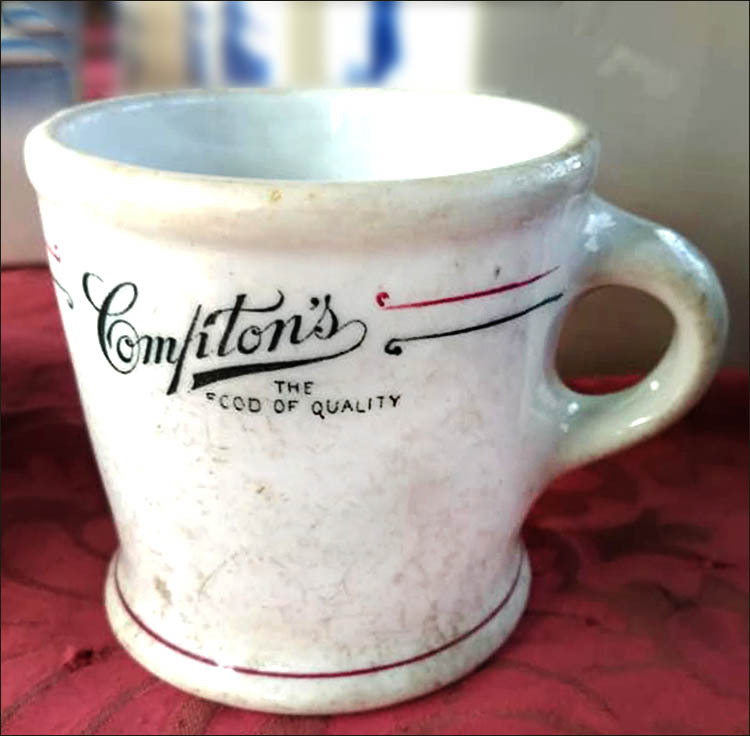 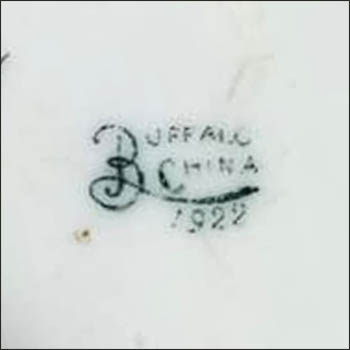 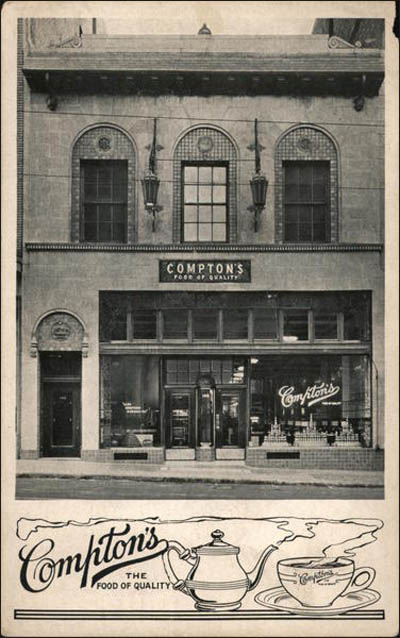 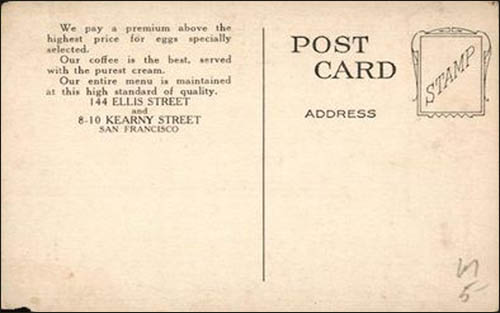 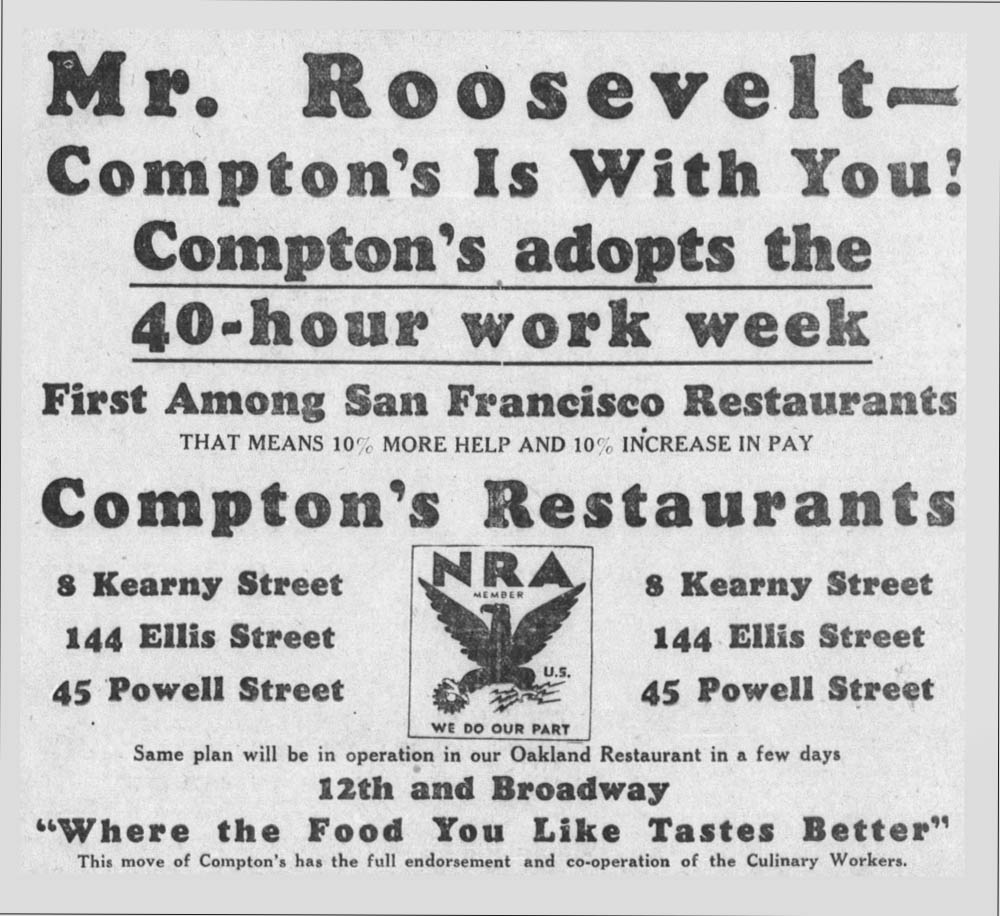 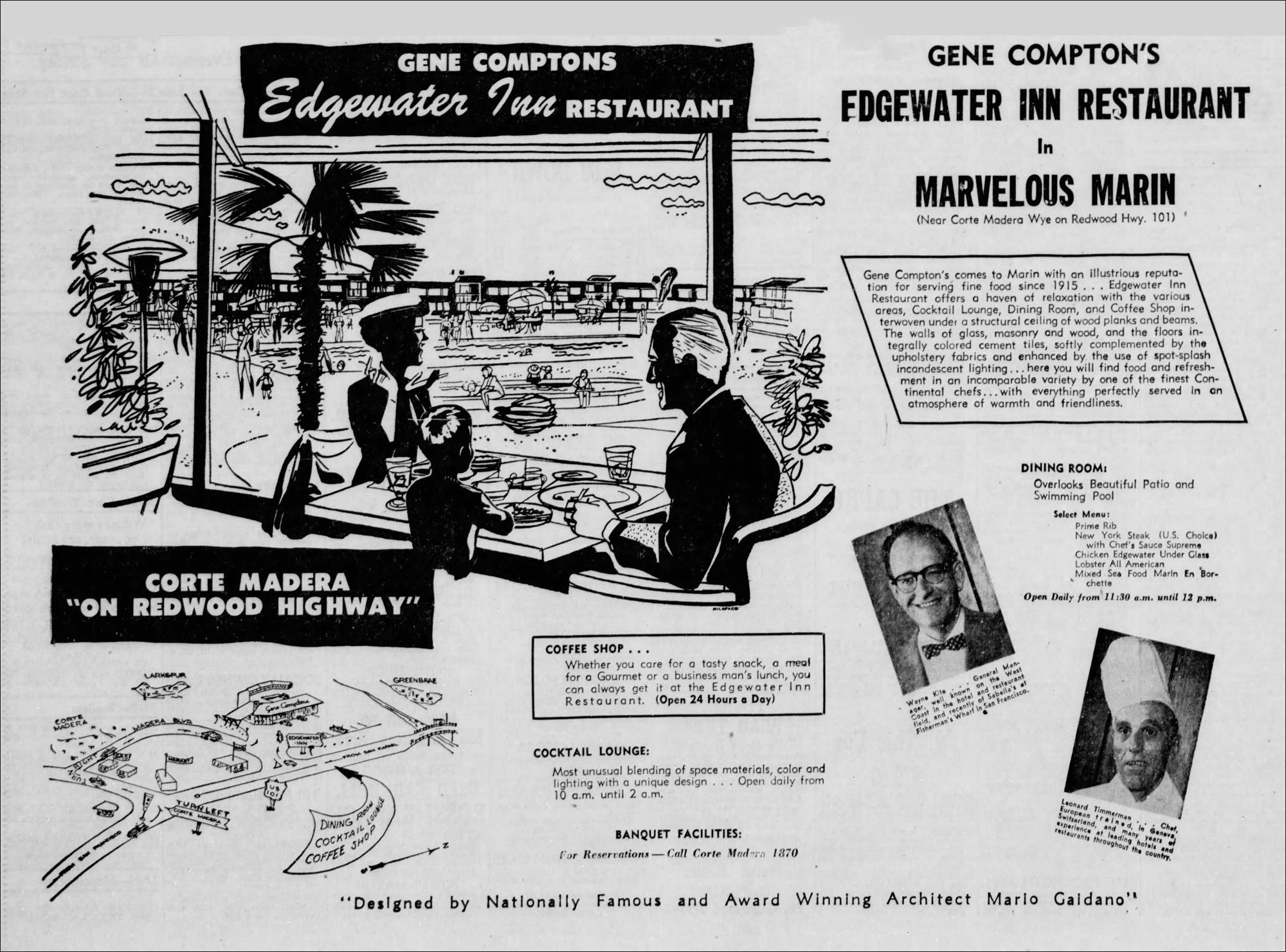 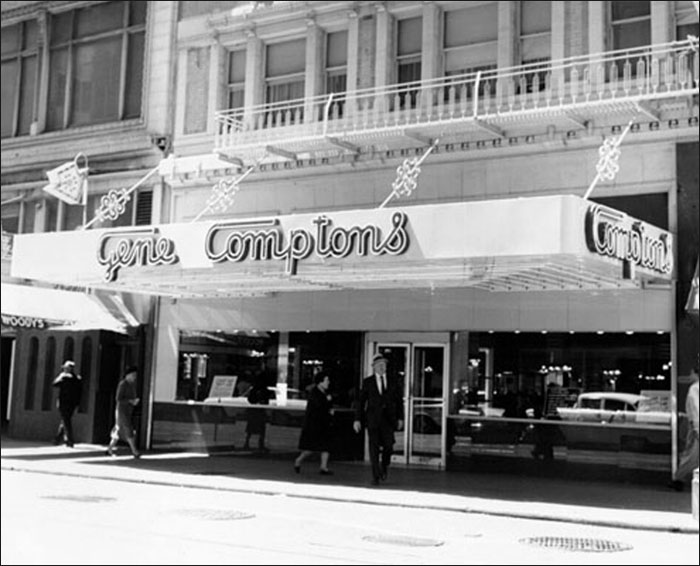 Notes: Compton's was a chain of restaurants that opened in the early 20th century in San Francisco and Oakland, California. By 1931, according to an ad in The San Francisco Examiner, it had converted most of its operations to the cafeteria format. However, as late as 1956, it was still opening new restaurants as shown in the Oakland Tribune ad above for the new Gene Compton's Edgewater Inn restaurant.

An interesting bit of history trivia is that Compton's was among the first restaurants in the Bay Area to adopt a 40-hour work week at President Roosevelt's urging during the Depression. This fact was announced in an ad in the San Francisco Examiner in 1933, as shown above.

It appears that the Compton's restaurant and cafeteria operations ceased to exist after 1972; however, before their closure, one of Gene Compton's chain of all-night cafeterias played a major role in the fight for LGBTQ rights in America (though it cannot be said that Compton's itself was on the right side of history). Gene Compton's Cafeteria at the intersection of Turk and 101 Taylor streets became a hangout for transgender people, particularly trans women and sex workers, much to the chagrin of staff. In August 1966, the cafeteria's management called the police on the patrons, and when the police tried to arrest one of the customers, the trans woman threw her cup of coffee in the officer's face and sparked the Compton's Cafeteria riot. This was three years before the more famous Stonewall riots in New York City and marked a major turning point in the fight for LGBTQ rights in the United States.

"The community didn't want it to be Gene Compton, they wanted it to be Compton's Cafeteria Riot, but the city did not want to have the word 'riot' in a street sign.

"The name change to The Transgender District was officially announced March 18 on [the Cultural District's] Facebook page. March 20, 2020".

White body mug with two thin lines near the top, with the top line in red and the second line in green. These two lines are broken with the insertion of the word "Compton's" in a fancy script at a slight angle and below in a smaller regular font the words "The Food of Quality." There is another thin red line around the foot of the mug.