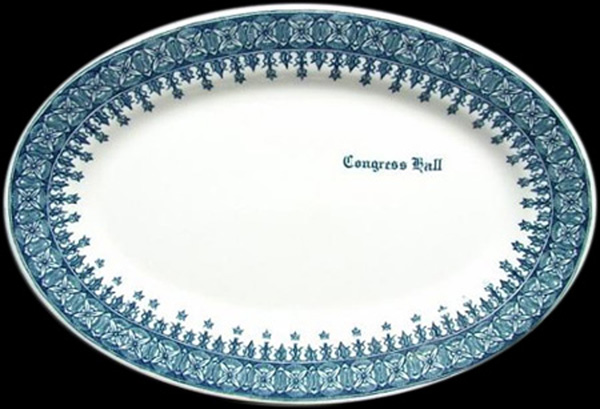 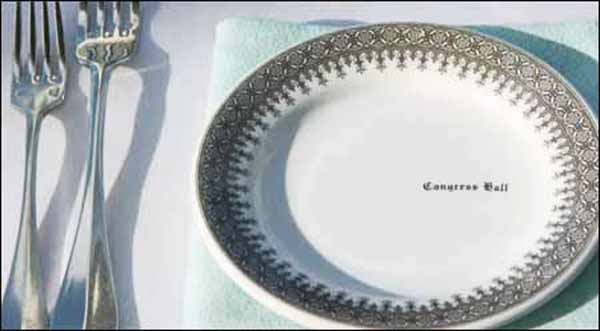 From their website, picture of the same pattern, different color, still in use in the 21st century (though the manufacturer can't be determined from this image). 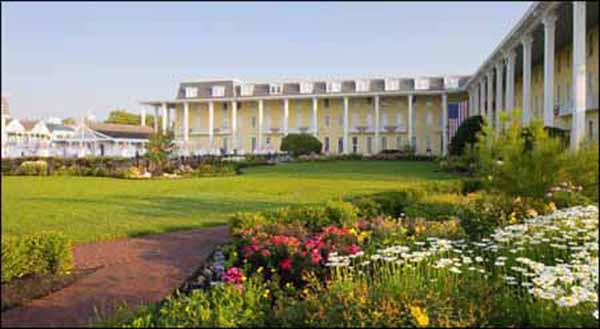 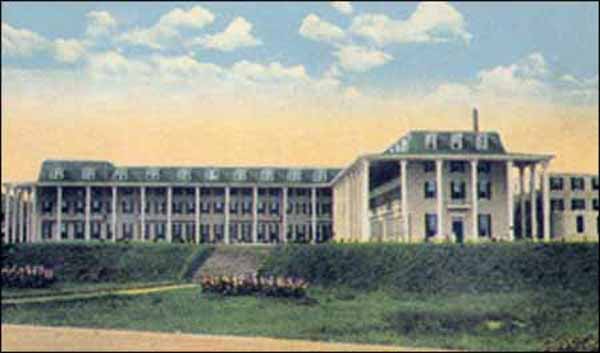 Notes: Congress Hall was built by Thomas H. Hughes in Cape May, N.J., in 1816. It was initially a boarding house called "The Big House," and used by summer visitors to the area. Local people called it "Tommy's Folly" as they thought it too big to ever become a success. Hughes proved them wrong as visitors flocked to the summer resort and the boarding house. As Cape May's popularity as a seaside resort grew, so did Congress Hall, doubling in size by the middle of the 19th century. Hughes was elected to Congress in 1828 and his hotel was renamed Congress Hall. In 1878 a fire swept through Cape May, destroying Congress Hall as well as many other acres of seafront, including Columbia House and Stockton Hotel.

The hotel was rebuilt of brick and once again it, as well as Cape May, flourished. Presidents Ulysses S. Grant, Franklin Pierce and James Buchanan vacationed there and President Benjamin Harrison made it his summer White House. John Philip Sousa composed a march in honor of the hotel called the "Congress Hall March."

After falling into disrepair and being closed for over a dozen years, the hotel reopened in the early 1920s, with a stunning renovation. The first post-Prohibition cocktail bar in Cape May opened there in 1934. It later became part of Cape May Bible Conference led by Reverend Carl McIntire of Collingswood, N.J. Because of his use of the building from 1968-1995, he was able to preserve it and keep it from demolition at a time when many of Cape May landmarks were destroyed in the name of progress. McIntire also owned the Christian Admiral in Cape May. The present owners purchased the building in 1995 and have returned Congress Hall to its former glory.