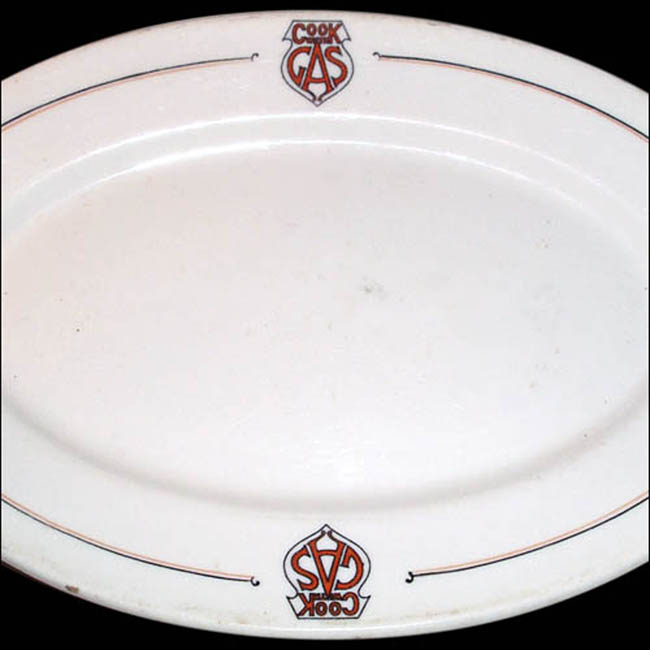 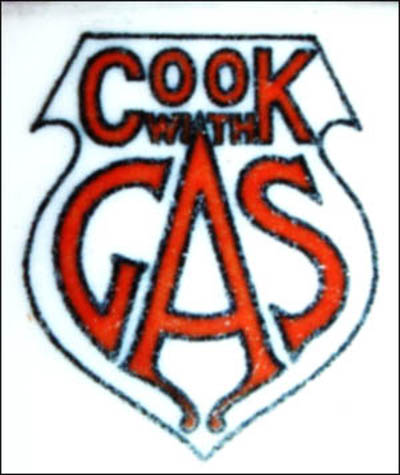 Notes: Now Baltimore Gas and Electric Company (BGE), the business was incorporated in 1906 as Consolidated Gas Electric Light and Power Company of Baltimore. As part of his research while employed by BGE, historian Larry Paul found that this "Cook with Gas" pattern was used by the home economics department of the company to demonstrate meal preparation to groups of women, using the gas ranges that the company sold. The china sets were also loaned out to groups that wanted to use them for large dinners.

According to Paul, the logo was used on many advertising items around 1910, and it might have been used by other gas companies in addition to BGE. BGE was the first gas company in the United States and was one of the few utilities that sold both gas and electricity. They did not subscribe to the popular Reddy Kilowatt promotion later used by other electric companies.

The logo, used on the top and bottom of this platter, shows a shield shape with a black outline that contains the words COOK WITH GAS stacked on top of each other. The letters are in red outlined in black, and the two legs of the A in GAS are stylistically elongated toward the center and looking a bit like flames.