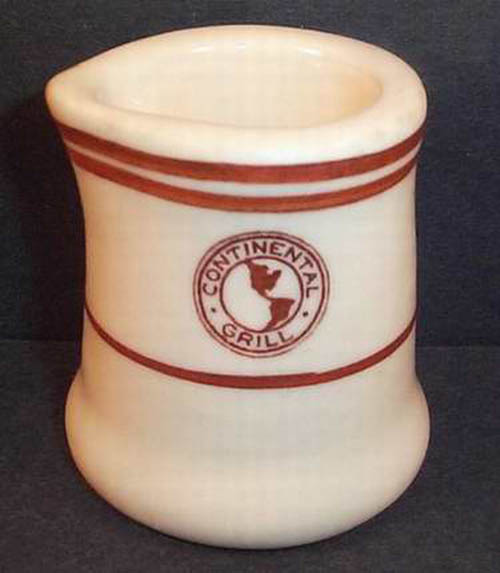 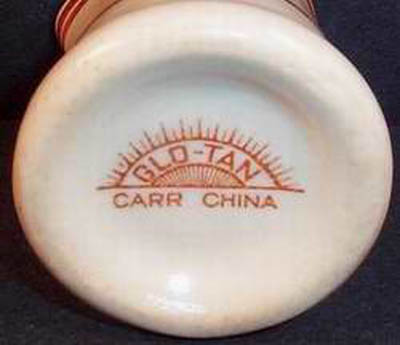 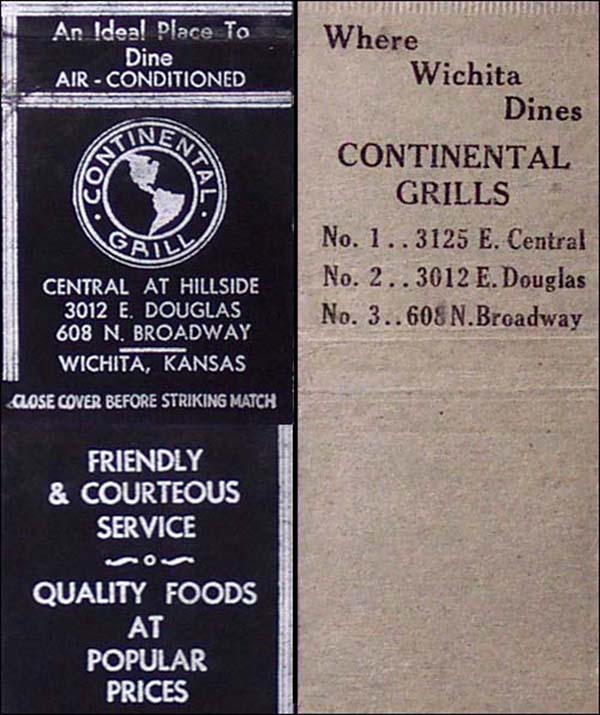 Notes: From the Feb. 23, 1989, issue of The Wichita Eagle is the obituary of Harold W. Durant, who opened the first of what would be 10 Continental Grills in Wichita, Kan., in 1936, at the corner of Hillside and Central streets:

"He started in the restaurant business in the 1920s working for Fred Harvey, founder of the famous Harvey House restaurants. There, Mr. Durant learned much about the discipline and customer service that later enabled him to expand his own business to a chain of 10 restaurants. When he sold the restaurants 20 years ago, [circa 1969] Mr. Durant went into the real estate business with the same philosophy that had first helped him succeed."

There are numerous anecdotes on the Internet that indicate one of the Continental Grill locations on Douglas Street was a frequent starting point for drag racing through the streets of Wichita in the early 1950s – Draggin' Douglas, it was called. And it was an integral stop as teenagers cruised through the city at slower speeds as well.

Several references were found to the Continental Grill "Tel-a-Tray" Drive-Inn in Wichita, which would seem to indicate the restaurant provided curb service and would bolster the notion that it was popular for cruising.

The Continental Grill was also the location for what would be unsuccessful attempts to integrate the grill in 1952, this from the book "Dissent in Wichita," by Gretchen Cassel.