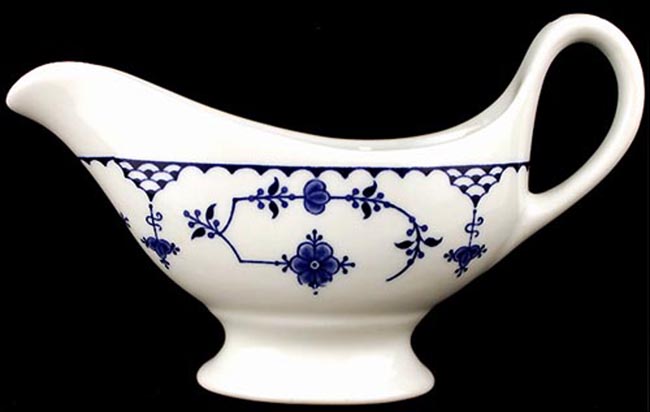 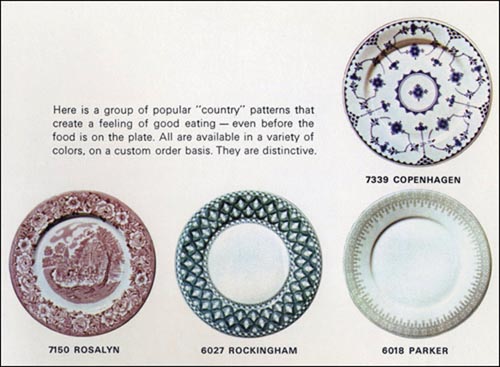 Notes: The airy pattern in navy blue on white china looks a little bit like a Delph pattern with its lines, flowers and vines. On page 41 of a 1970s catalog (shown below), Shenango described it, among a group of four: "Here is a group of popular 'country' patterns that create a feeling of good eating – even before the food is on the plate. All are available in a variety of colors, on a custom order bases. They are distinctive."