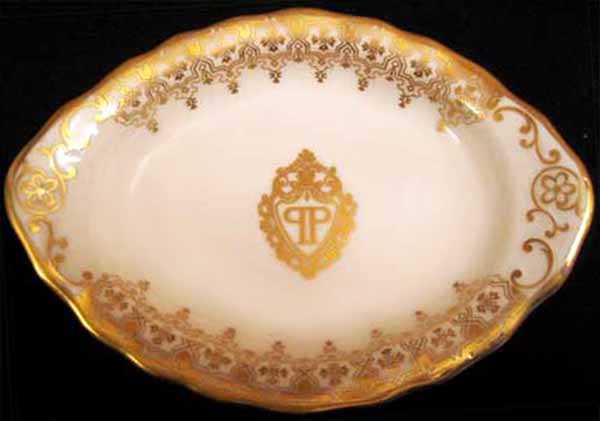 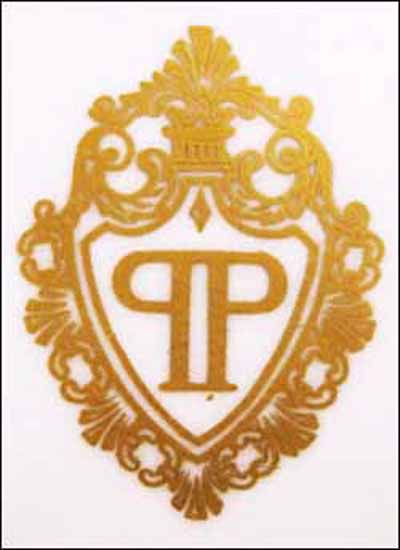 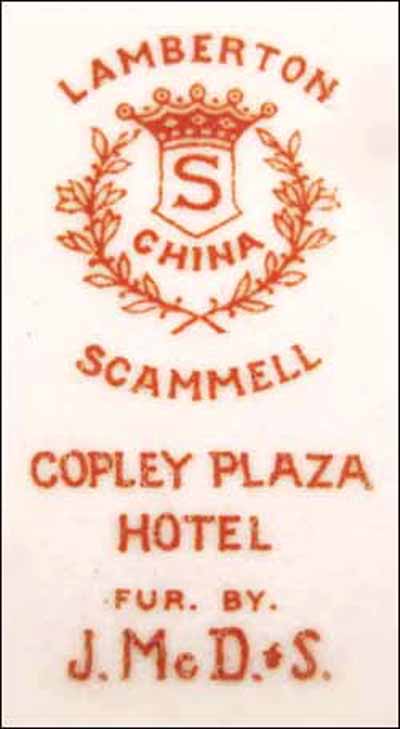 Notes: Located at 138 St. James Street (Copley Square), Boston, Mass., the hotel opened August 19, 1912 with a reception for 1,000 people. The seven-story, 500-room hotel was designed by Henry Hardenbergh, who also designed the Willard in Washington, D.C., the Plaza Hotel in New York City (a sister hotel to the Copley-Plaza), the original Waldorf and the Astoria Hotels in New York City, as well as the Dakota Apartments on Central Park West.

The Copley Plaza Hotel was the home of the famous Oval Room and Merry-Go-Round Bar. On March 29, 1979, a fatal fire was started by a disgruntled staff member of the hotel, causing one death and considerable damage.

The hotel was owned by the Sheraton Corporation from the 1950s through the 1970s, operating as the Sheraton-Plaza Hotel. It was purchased in 1996 and became the Fairmont Copley Plaza Hotel.

White body nut dish with coin gold border and logo. The logo in the well of the dish has the back-to-back letter P's that Hardenbergh put on on the outside of the hotel as well as inside and on the doorknobs. This logo was also used by the Plaza Hotel in New York City.