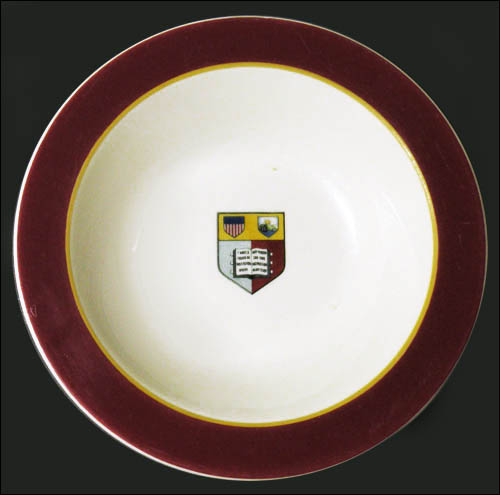 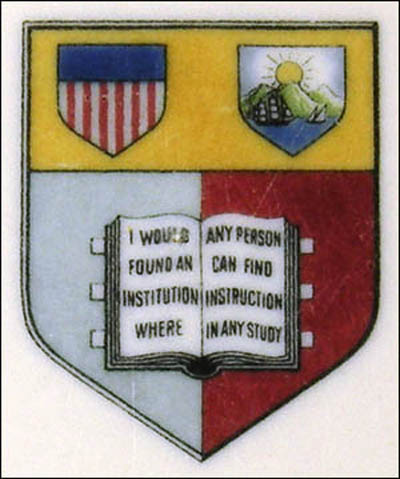 Notes: Cornell University, one of the eight Ivy League institutions, was founded in 1865 in Ithaca, N.Y., by Ezra Cornell, who wrote, "I would found an institution where any person can find instruction in any study."

This design is best identified by its aforementioned motto, that as luck would have it was named by Motto magazine as #1 on its 2007 Top 10 Motto List. According to the university's website, the shield or crest has "elements [that] are designed to reflect the connection between the University, the State of New York, and the United States." Within the shield at the top left is a shield representing the United States with its navy blue bar and red and white vertical stripes, and at the top right is a detail of New York's seal with mountain, sun, body of water and boats. At the bottom is Cornell's founding quote, shown across the pages of a book.