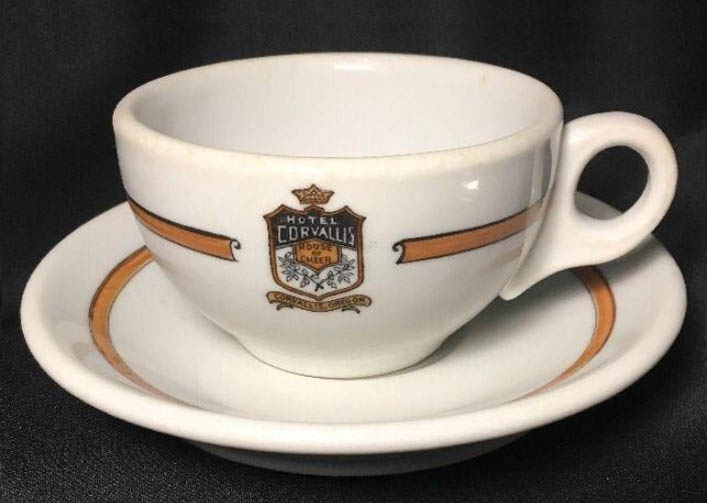 Cup and saucer backstamped for Mayer 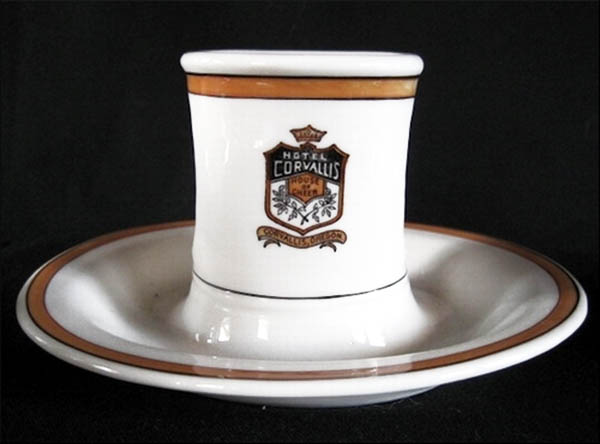 Matchstand is unmarked as to manufacturer 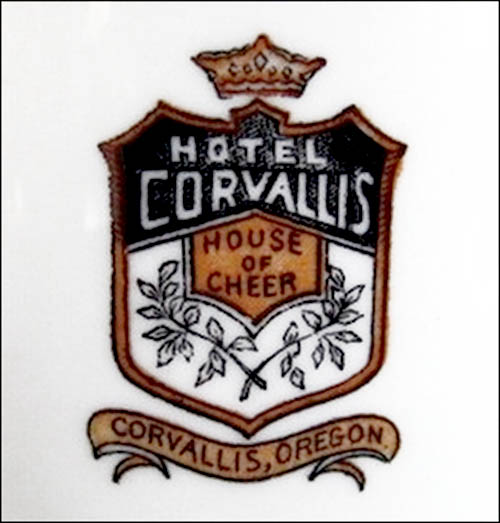 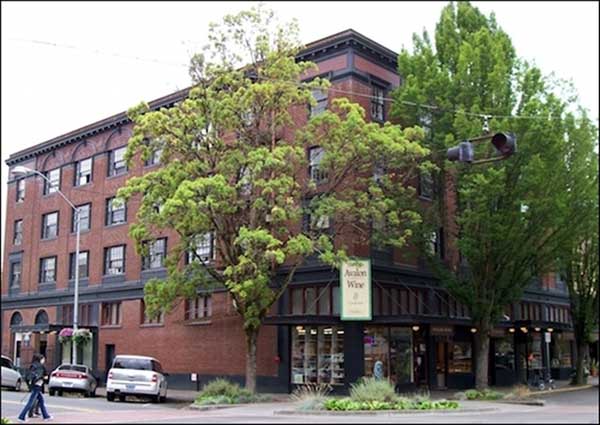 Notes: The Corvallis Hotel is located at 143 SW 2nd Street in Corvallis, Oregon. The present Hotel Corvallis was built to replace the old wooden Occidental Hotel building (opened 1880), which for years was the main hotel in Corvallis. Sometime after the turn of the century, the Occidental was renamed the Corvallis. It took just two weeks to raze that hotel in early 1927.

The red-brick, four-story, 50-room Corvallis Hotel, designed by F. Manson White, had its grand-opening November 18-19, 1927. On either side of the entrance to the hotel is a bronze crest with the emblem "House of Cheer."

The Corvallis Hotel building is listed in the National Register of Historic Places. The ground floor of the hotel is home to shops, lobby and offices in 2011. Click here to read more about the hotel. In updating this article in 2020, the hotel's present status could not be found or determined.

White body match holder. An orange band with black lines on either side are on the rim and top of the chimney. The crest contains Hotel Corvallis in white letters on black, House of Cheer in orange, and black leaves. There is a crown above and a banner below with Corvallis Oregon.