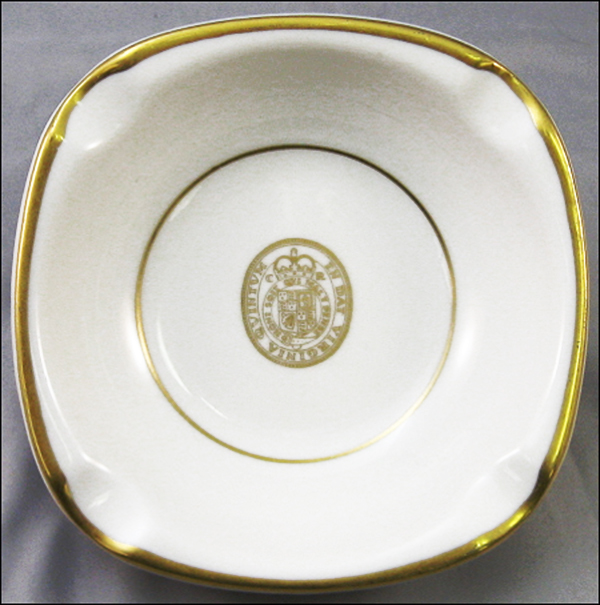 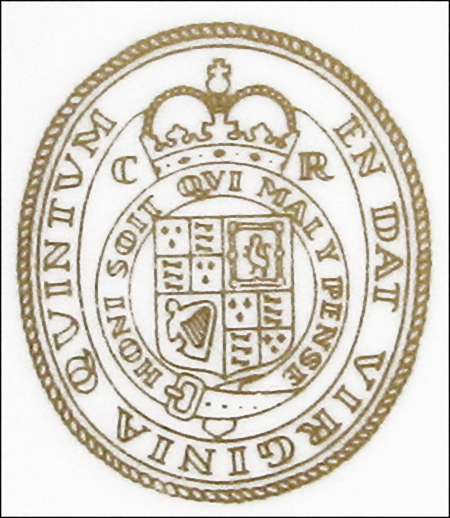 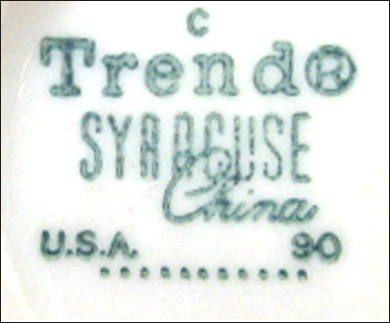 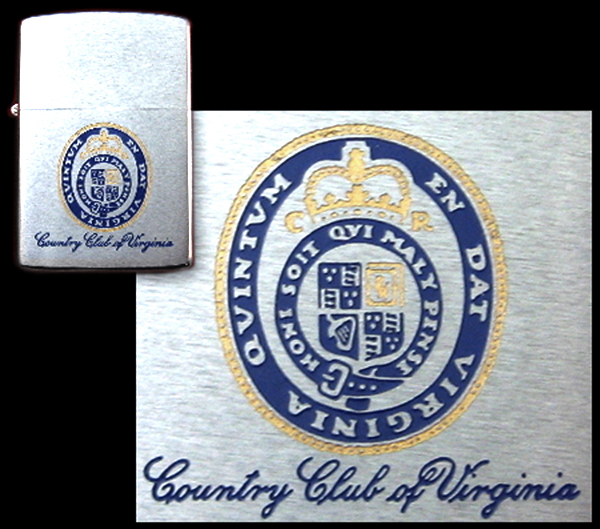 Notes: The Country Club of Virginia was established in 1908 and consists of two campuses – Westhampton and James River – with three golf courses among its amenities: Westhampton, James River and Tuckahoe Creek. The U.S. Amateur Golf Championship was played at the James River course in 1955 and 1975. Click here for the club's website.

This ashtray is in the Trend shape, with a white body trimmed with gold. The seal used by the club is a seal of Colonial Virginia dating from after the restoration of Charles II in 1660. The Latin surrounding the seal, "En dat Virginia quintum", is a Virginia motto of the time referring to the King of England's five domains – England, Scotland, Wales, Ireland and Virginia.