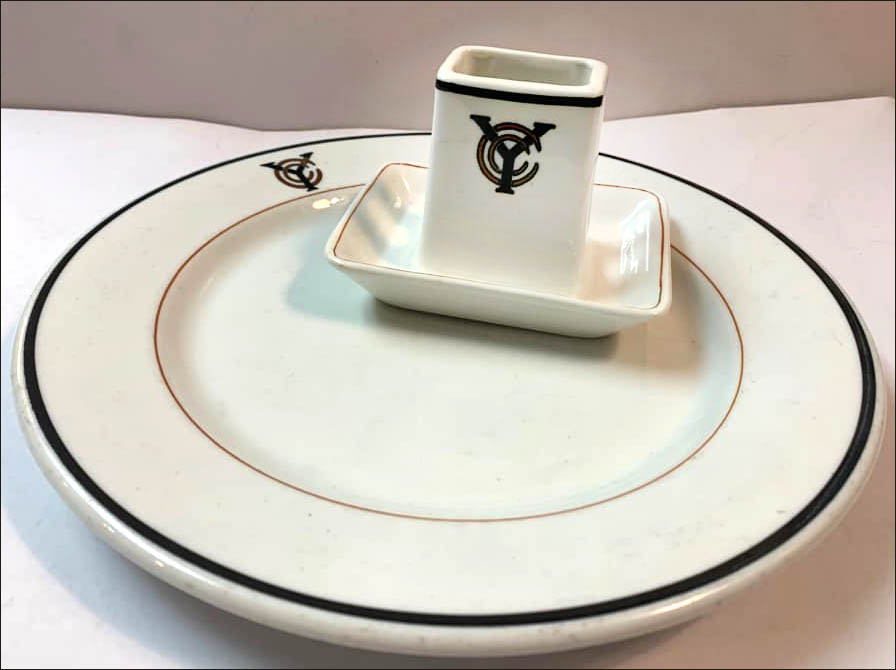 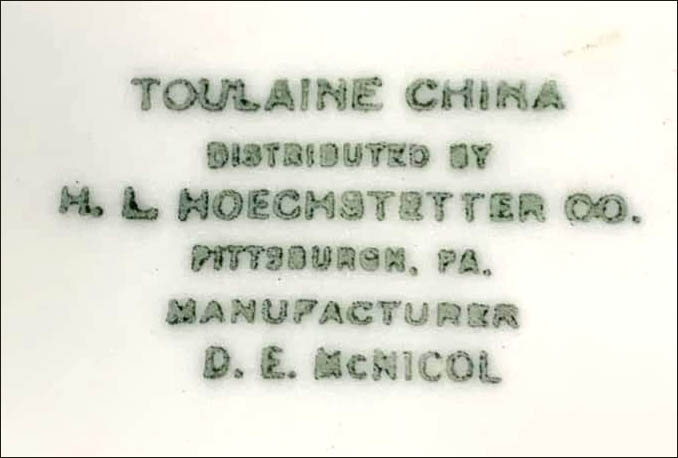 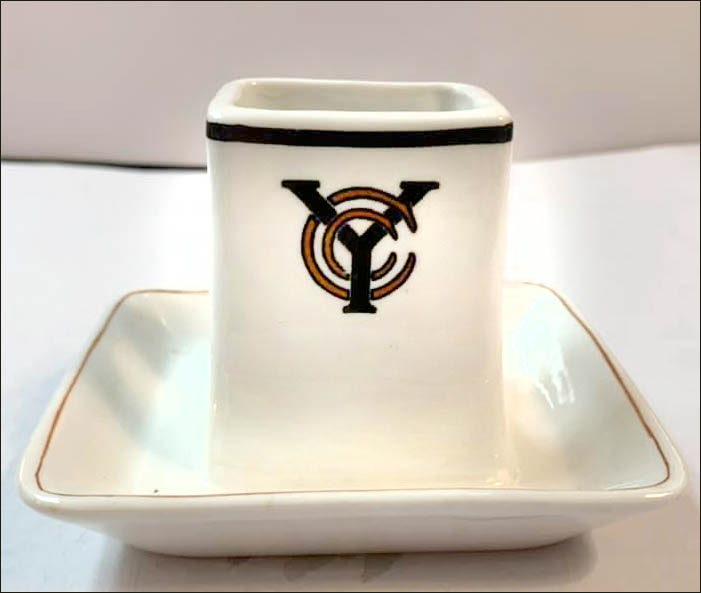 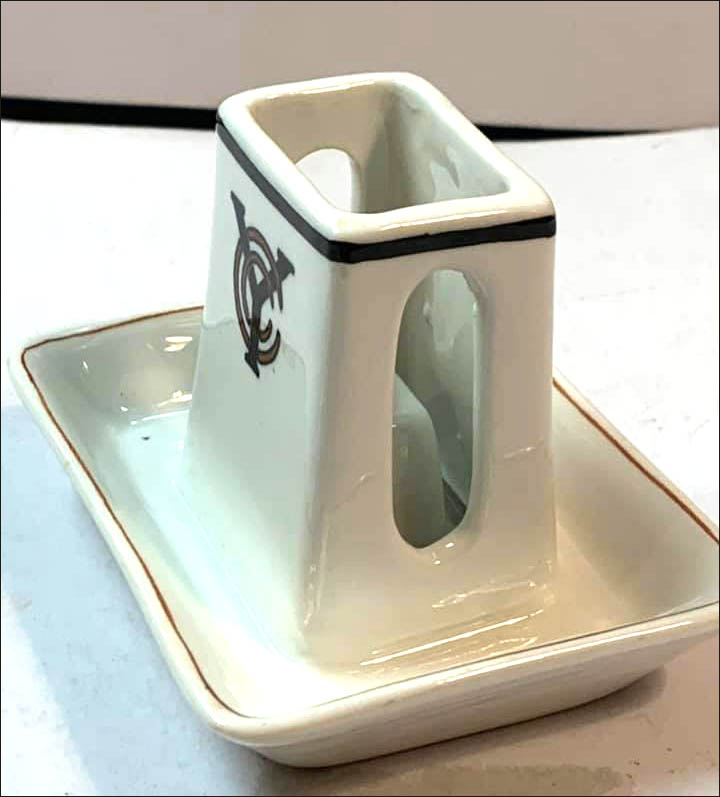 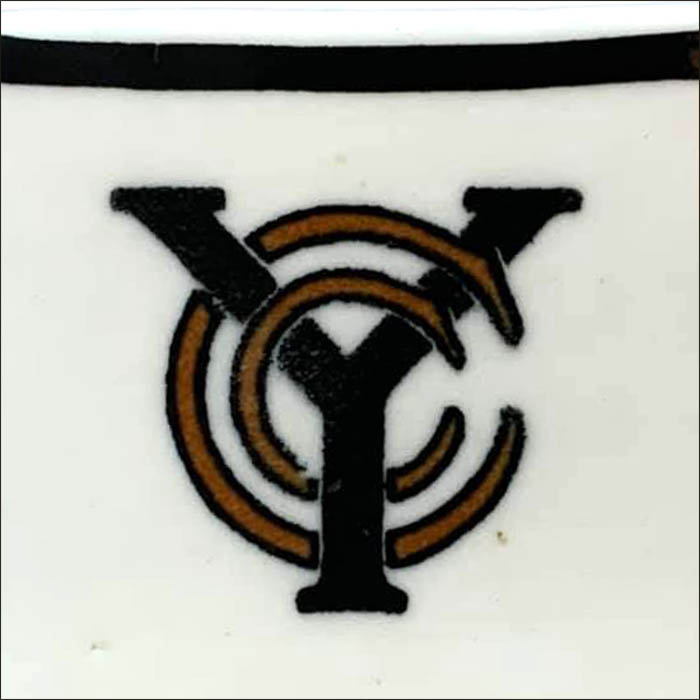 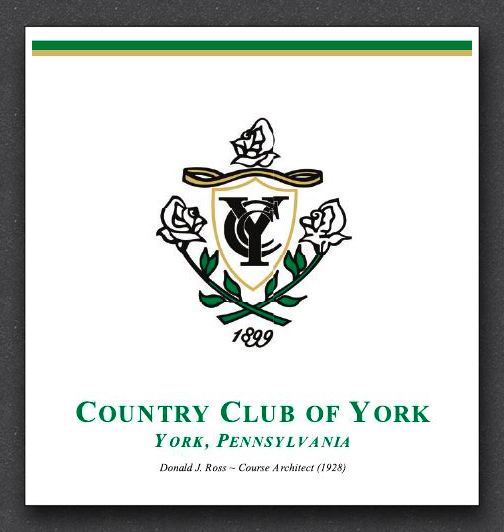 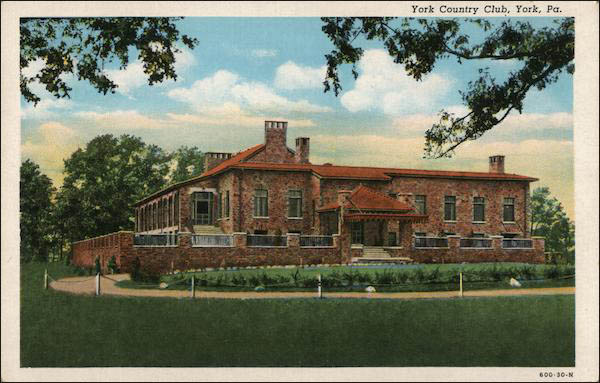 Notes: The Country Club of York is located at 1400 Country Club Road in York, Pennsylvania. According to its current website, it was established in 1899, and is located in the picturesque, rolling hills of southern York County.

White body plate and matchstand. The plate has a thick black line around the outer edge of the border and a thin gold line at the top of the verge. At the top of the plate, between these two lines is the club's logo that is a large black block letter "Y" interlocked with two stylized gold "C"s. The "C"s almost form circles, with the larger one almost the size of the letter "Y" and the smaller one about half the size.

The matchstand, which does not have a backstamp, has a thick black line around the top and a thin gold line on the top edge of the base. On the front is the club's logo as described above.