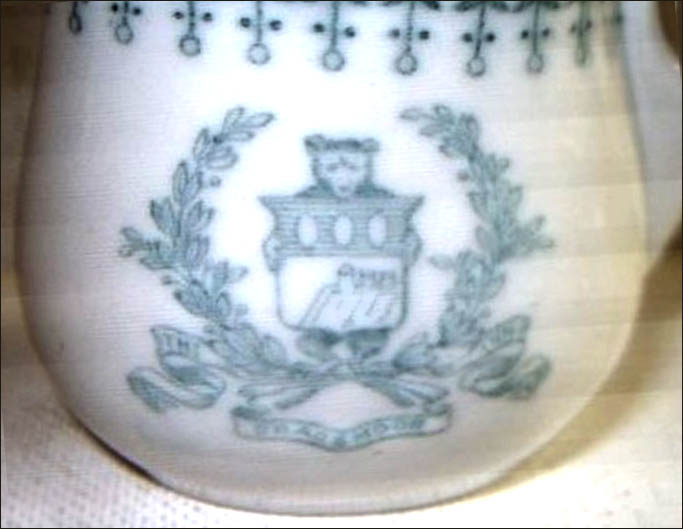 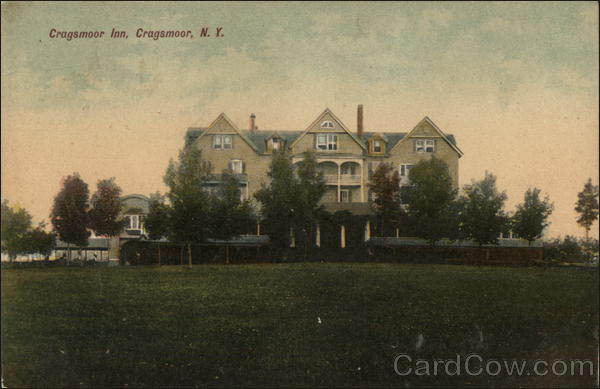 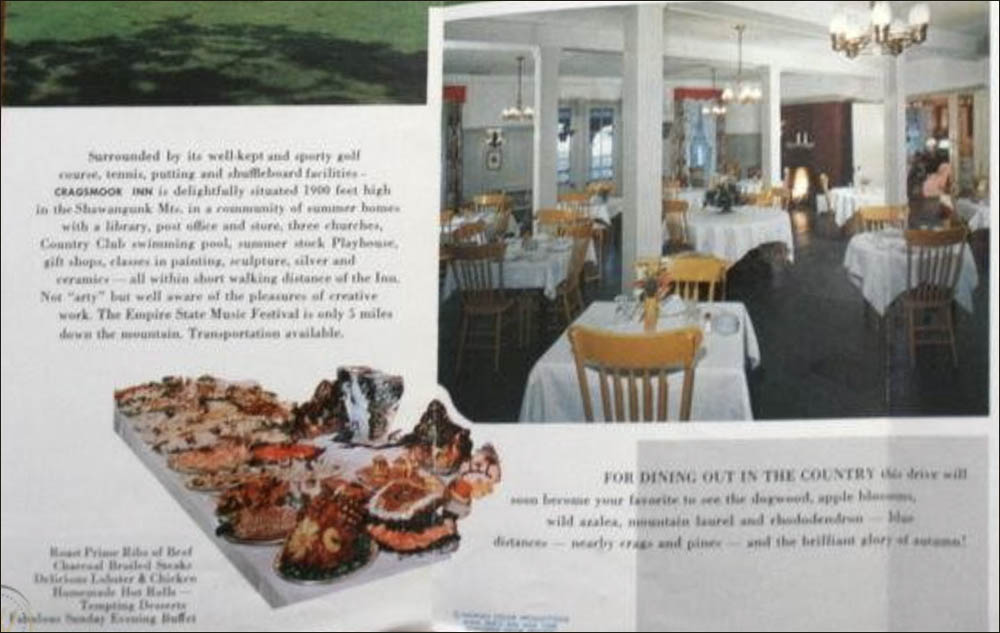 1950s Folder on the Cragsmoor Inn 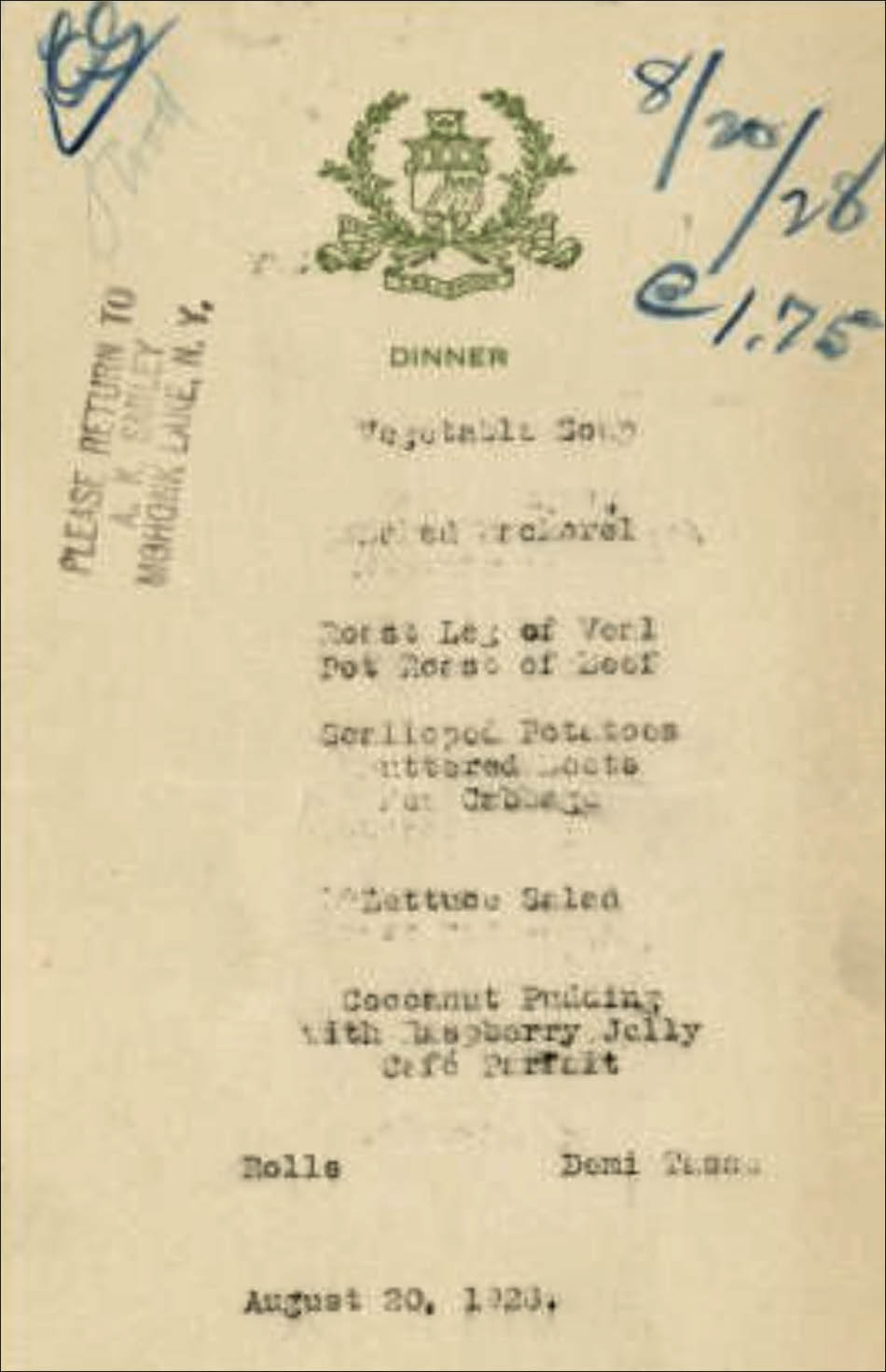 Menu from the Cragsmoor Inn 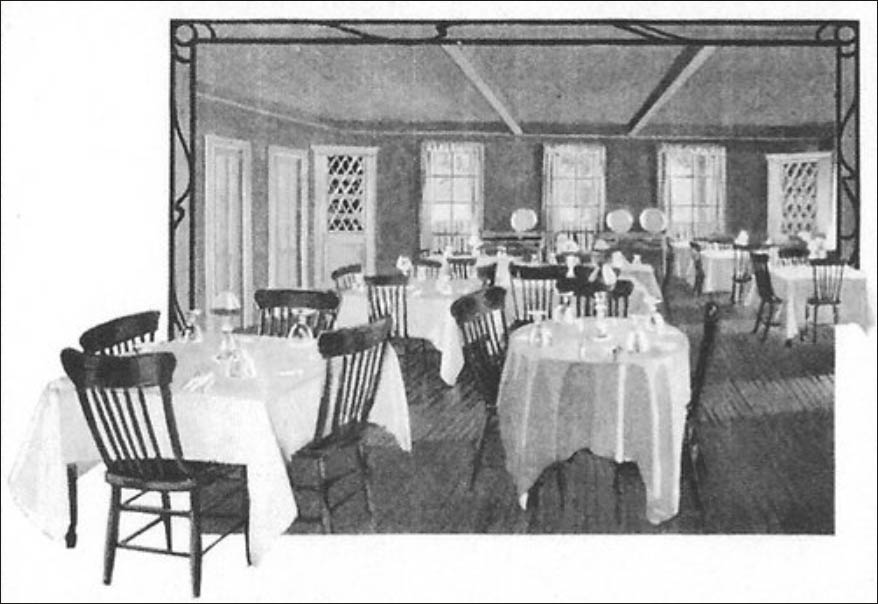 Dining Room at the Cragsmoor Inn 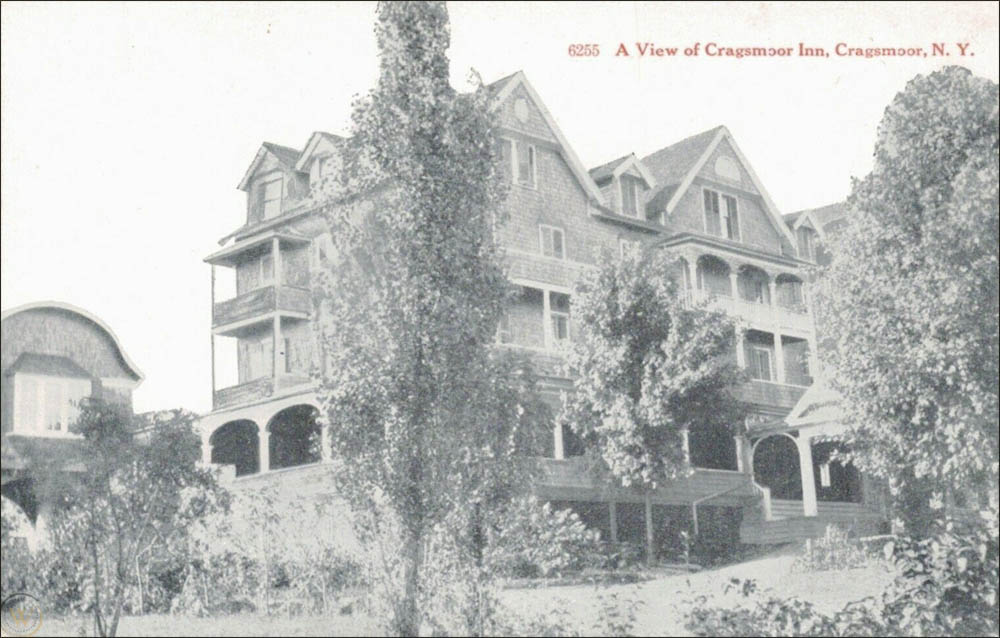 Notes:  What eventually became the Cragsmoor Inn in Ellenville, New York, began as a farmhouse owned by the Decker family, who took in summer guests. The Geilhard family later made it into a boarding house named the Wawbeek.  The Wawbeek burned in 1888 but was rebuilt. In 1903 Austa Densmore Sturdevant bought the property and renamed it the Cragsmoor Inn. The Cragsmoor Inn was a three and a half story, 100-room summer hotel that operated on the American plan (meals included.) It contained a dining room and a ballroom.

As was the case with so many resort hotels, the Cragsmoor Inn struggled through the Depression and World War II. It finally closed in 1958. The property was converted into a boys' school. In the 1970s, the former hotel building was deemed a hazard and was destroyed in a planned training exercise by the Cragsmoor Volunteer Fire Company.

Maddock Pottery made Lamberton china for the Cragsmoor Inn crested with a bear holding a shield, within a laurel wreath with bow. "Cragsmoor" is in a banner below. The transfer border is shown in the Maddock sample book as #136 Worchester Border.