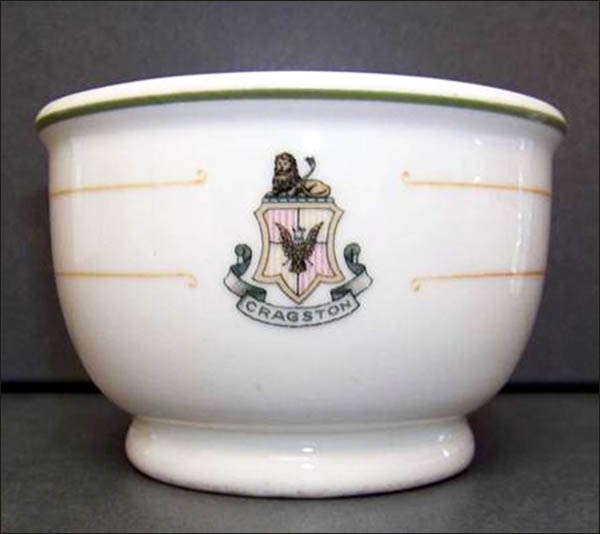 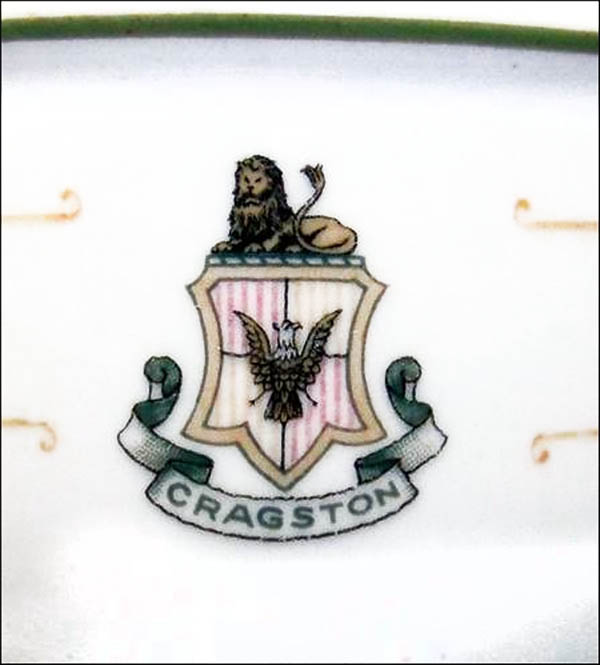 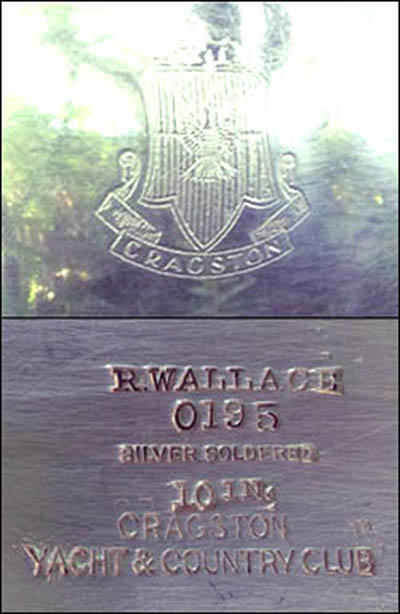 Notes: This bowl was used at the Cragston Yacht & Country Club located on the former J.P. Morgan estate at Cragston-on-Hudson, three miles below West Point on the west shore of the Hudson. The ID was confirmed by the silver lid to a platter that has the Cragston topmark as well as a club backstamp (see photos above).

The club formally opened on August 3, 1930 with 250 members and guests, though the effort to convert the estate into a country club began one year earlier in 1929 by a syndicate of New Yorkers. The main clubhouse used to be the great forty-room mansion of the Morgan family, while the waterfront properties were converted into a yacht basin and seaplane base.

Seven months after the formal opening, the exclusive club collapsed financially into equity receivership in March 1931.

White body with green rim band. Topmarked by two orange pinlines with curly ends on each side of the Cragston logo, featuring a lion on top of a shield with pink and tan pinstripes and a spread-winged eagle (or other bird of prey) in the center of the shield. Beneath the shield is a greenish-gray ribbon with the word CRAGSTON.