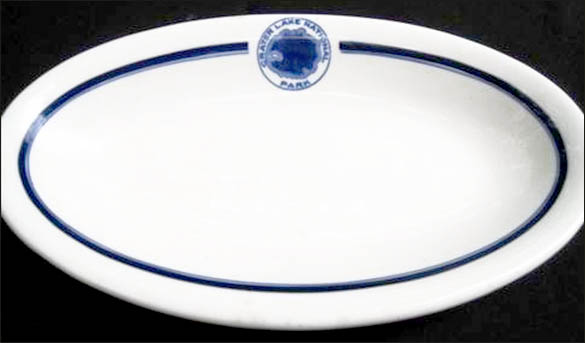 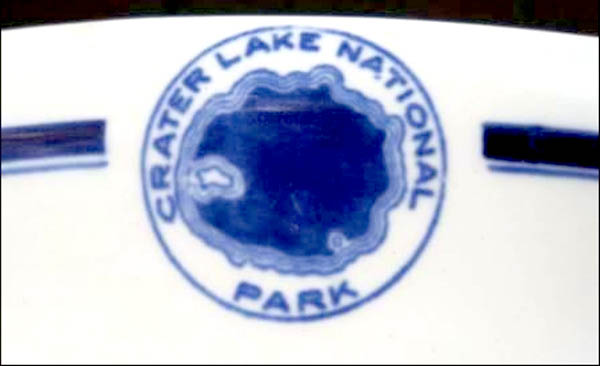 Notes: Located in Crater Lake, Oregon, the 183,224 acre Crater Lake National Park was established May 2, 1902. The lake depth of 1,943 feet makes it the deepest lake in the United States and the seventh deepest in the world. Its fresh water is some of the clearest found anywhere in the world.

Construction began on Crater Lake Lodge in 1909 and finally opened in the late spring of 1915. Because of the harsh conditions and lack of money, the furnishings were spartan, and interior walls of guest rooms were covered with cardboard. There were no bathrooms and electricity was provided by a small generator.

The Lodge was expanded and upgraded in 1922-1924. The number of guest rooms more than doubled, plumbing was expanded, and a new annex wing was added, though many of the guest rooms were unfinished. The Lodge fell on harsh times during the Great Depression and was closed (as was the Park) during WWII.

The National Park Service acquired ownership of Crater Lake Lodge in 1967, but the lodge continued to deteriorate. The Lodge was closed in 1989 and a huge reconstruction plan was carried out. The building was dismantled and completely rebuilt with a structural support system, utilities and modern hotel standards were built into the new facility. The reconstruction was completed in the Fall of 1994 at a cost of $15 million and reopened to the public on May 20, 1995.

The bottom of the piece has an impressed stamp of a Crown with GV below and IV below that. That stamp tells us the piece was made in the fourth year of the reign of King George V of England, which would be 1914-15.

White body, rolled-rim oval plate with a band on the rim broken by a circle with Crater Lake National Park inside, and a rendering of Crater Lake, all in cobalt blue.