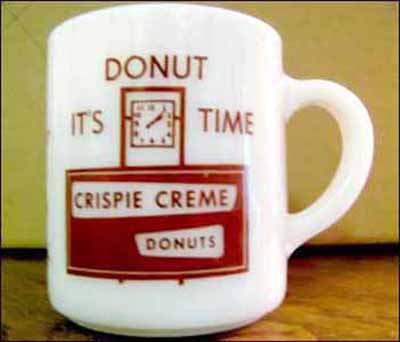 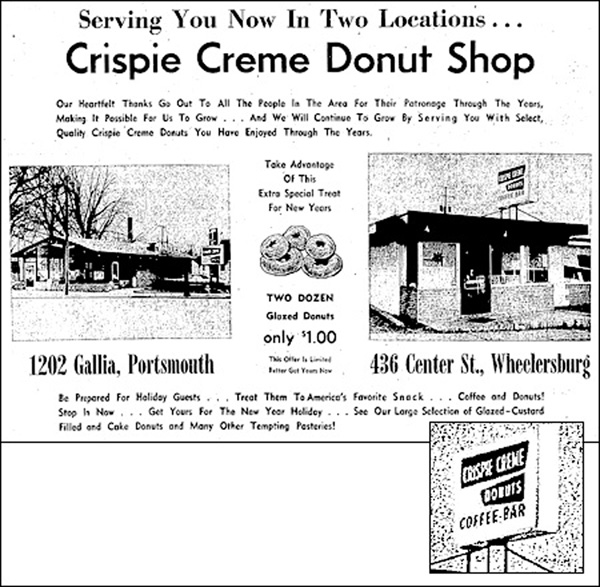 It is known by names such as Mrs. Renison Shops, Mrs. Renison's Doughnuts and Mrs. Renison's Crispie Creme Donut Shop. Shops have been found in Ohio in Lancaster, Marysville, Wheelersburg and Chillicothe.

It appears that at some point the Renisons sold the business or franchised the name to allow other similarly named businesses to operate. For example, the Marysville shop that opened around 1989 is run by Keith and Cindy Hill, using "Mrs. Renison's original recipe from Portsmouth." It is known that the business in Chillicothe at 47 North Bridge Street was still open as of 2008.

The first ad found for the shop is 1948, although one reference to "Mrs. Renison's Doughnuts" in Marysville said, "It's been serving up the same homemade recipe since 1929."

White milk Pyrex body, tomarked in red "DONUT IT'S TIME" around a timeclock reading 2:05 with the words "CRISPIE CREME DONUTS" below.