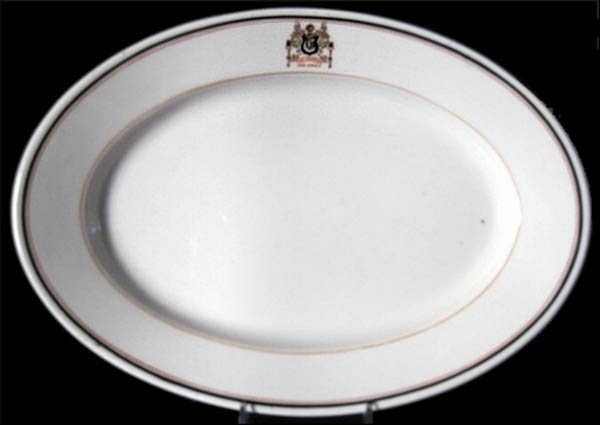 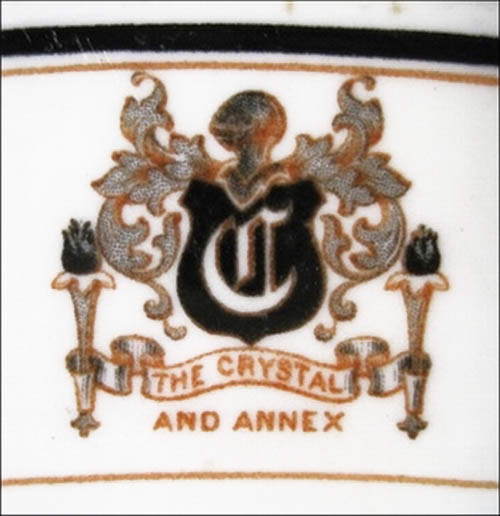 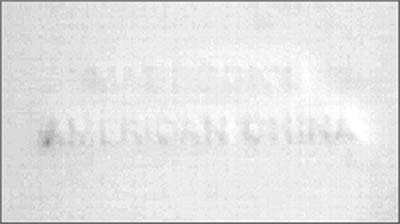 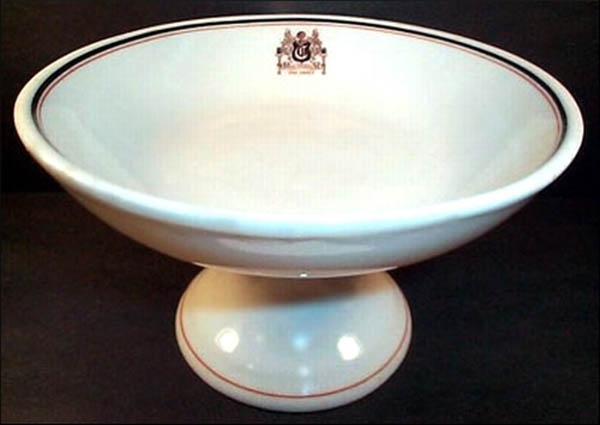 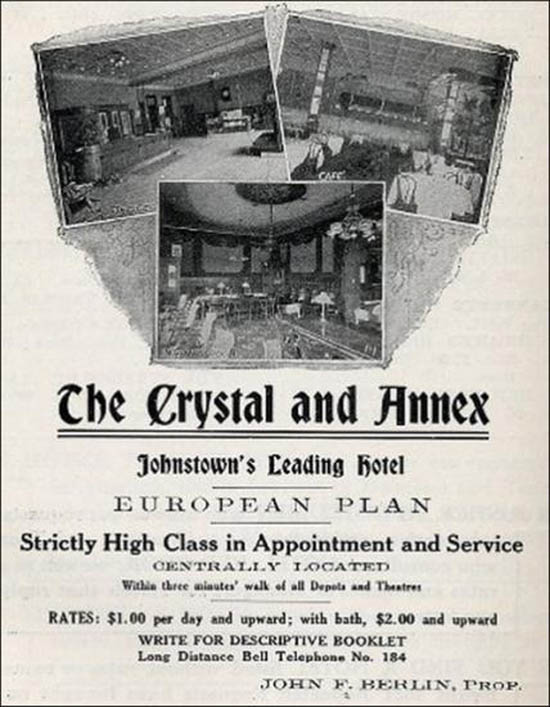 Notes: The Crystal and Annex Hotel was built circa 1905 in the downtown area of Johnstown, Pennsylvania, following the years of the 1889 flood that decimated the town. The Crystal Hotel originally was a 100-room hotel, but as business continued to increase, the Crystal Annex was built, increasing the hotel's room count to more than 60 rooms.

Maddock's American China white body with a black and orange pinstripe border and a single orange pinstripe around the verge/base. Topmarked with the hotel logo, featuring a black, gray and orange colored crest with an old english styled letter "C" in the center. Below the crest is a banner flanked by torches with the words "THE CRYSTAL" and directly beneath this banner are the words "AND ANNEX".ID and photos contributed by dbstoneware