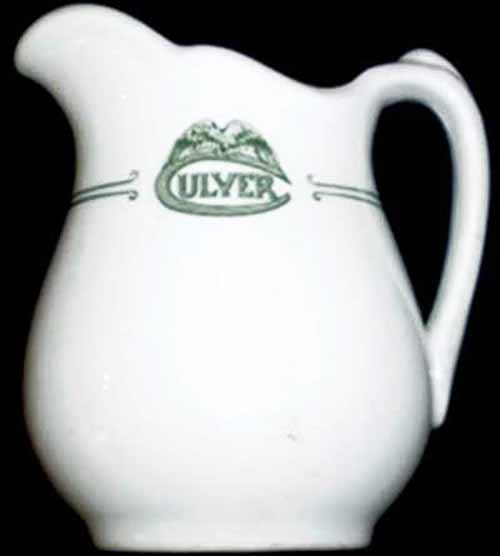 Although the date and manufacturer are not known for this pitcher, it was likely made in the 1920s – 1930s because of the double green curlicue lines that are typical of commercial china design in this era.

In addition, the central design is an eagle hovering over a large initial cap C that encircles ULVER, in smaller capital letters.