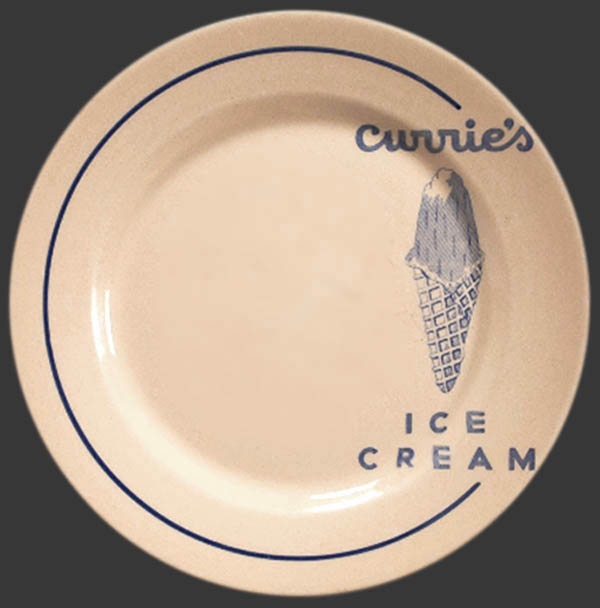 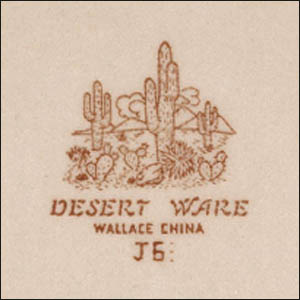 See the photo scan below for a Currie's Ice Cream Parlor in Downey, California, featuring its Mile High Cone on the building exterior.

Desert ware tan body, topmarked in blue "Currie's Ice Cream" along with a depiction of one of their large waffle cones.