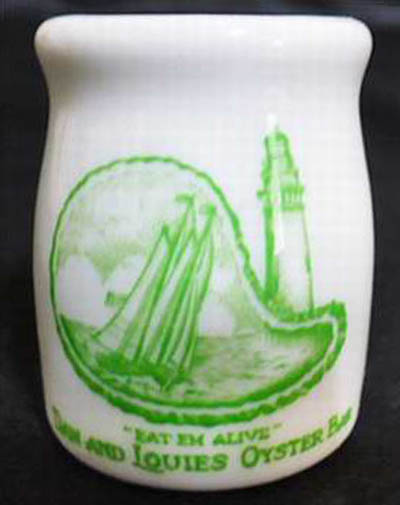 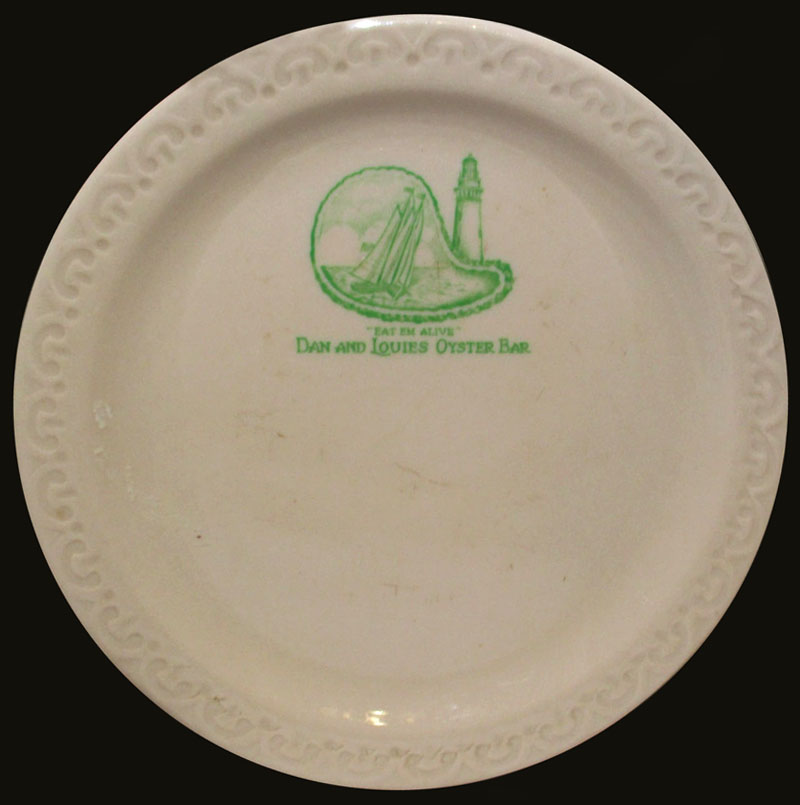 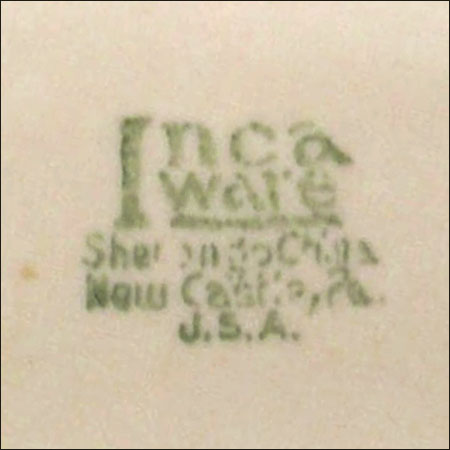 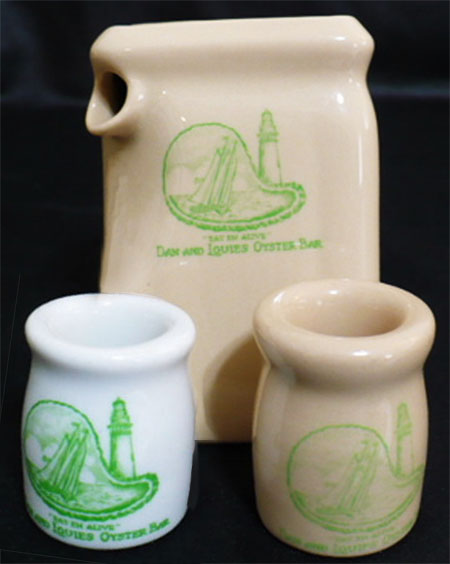 Notes: In 1907, Louis C. Wachsmuth opened Louis' Oyster Bar in Portland, Oregon. In 1938, after their second child Dan died unexpectedly from influenza at the age of 27, Louis and his wife Elizabeth Sauer changed the restaurant name in memoriam. A 1939 News Telegram, headlined "Oregon's Famous Native Oysters Defy "R" Month Myth," pays homage to Portlanders who can enjoy the firm, white delicacy year-round at Dan & Louie's (matching the restaurant spelling on these pieces).

The Wachsmuth family has been serving oyster and seafood dishes at the Dan and Louis Oyster Bar for more than 100 years at the same Portland landmark location on Ankeny Street. In Oregon Curiosities: Quirky Characters, Roadside Oddities & Other Offbeat Stuff, author Harriet Baskas notes "…many of the items the founder first hung on the walls are still here, including beer steins, more than thirty ship models, all manner of maritime memorabilia… and a collection of more than 200 antique plates, including what is certainly one of the world's largest accumulation of plates designed to serve oysters."

White or tan body. Light green topmark featuring a three-masted schooner, inside an over-sized oyster shell at the base of a lighthouse. The caption reads "EAT EM ALIVE" above "Dan and Louies Oyster Bar."