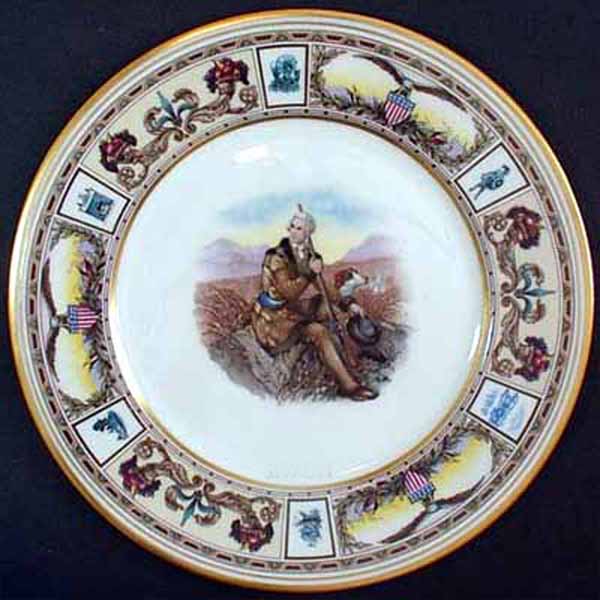 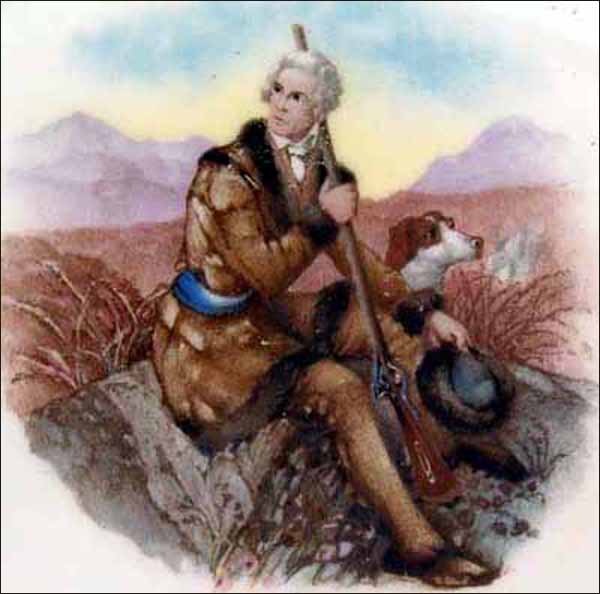 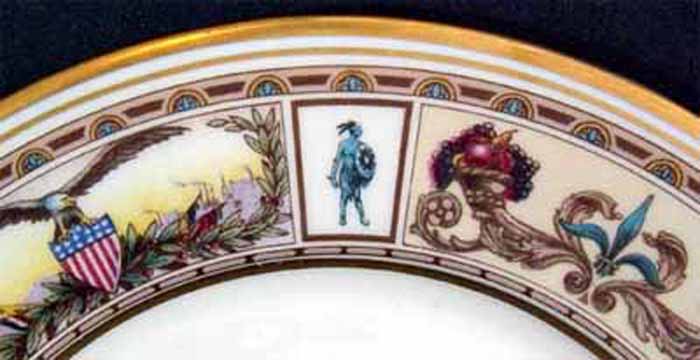 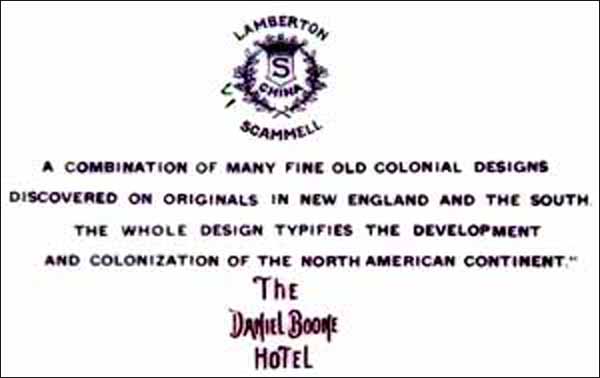 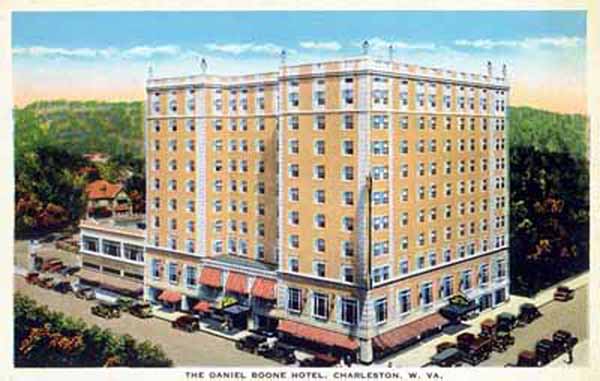 Notes: Located at 405 Capitol Street, Charleston, West Virginia, the Daniel Boone Hotel was built in 1929 in the Classical Revival style by American Hotels Corporation for more than $1.2 million.

This 11" Lamberton China service plate was manufactured 1928-1930 – most likely in 1929 to coincide with the hotel's opening. The central image is a copy of Alonzo Chappel's 1861 painting of Boone, now in the collection of the University of Chicago. It was added in 1984 to the National Register of Historic Places. Sterling China was another manufacturer of this pattern. It is interesting to note that while this plate has the American Hotels-style border pattern, it does not include that company's logo in the border as on an example found by Scammell (link below).

The hotel was renovated in the 1990s to serve as office space. Of course the most interesting fact to be found was that Elvis Presley performed in Charleston in 1975 and 1976 and stayed at the Daniel Boone.