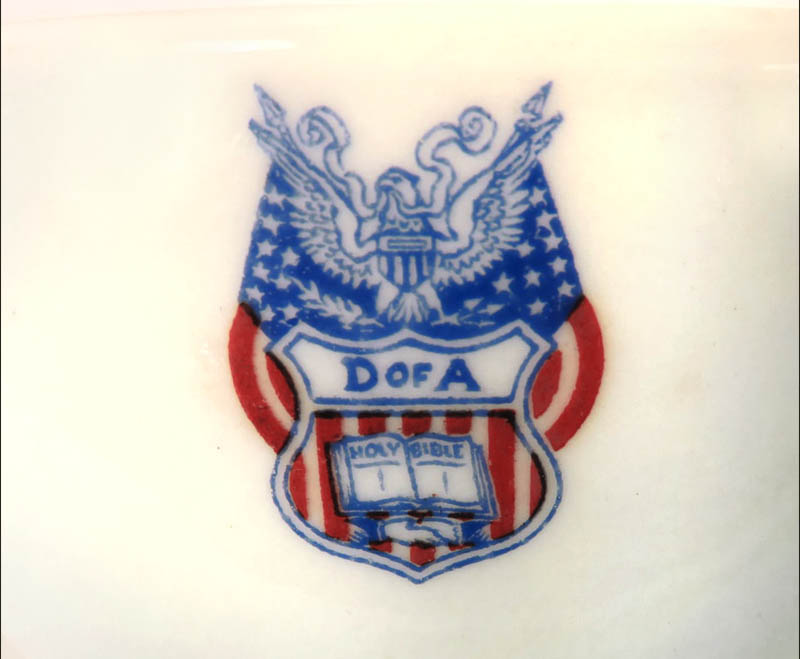 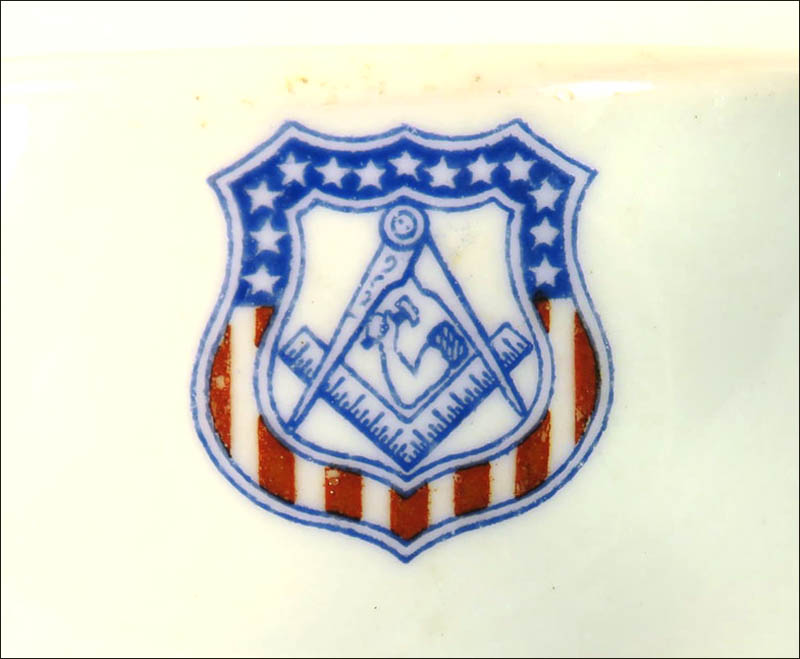 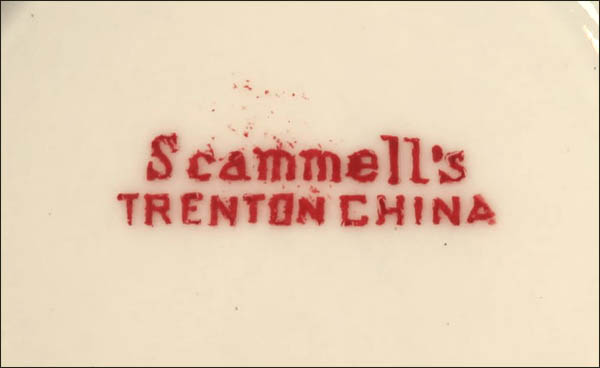 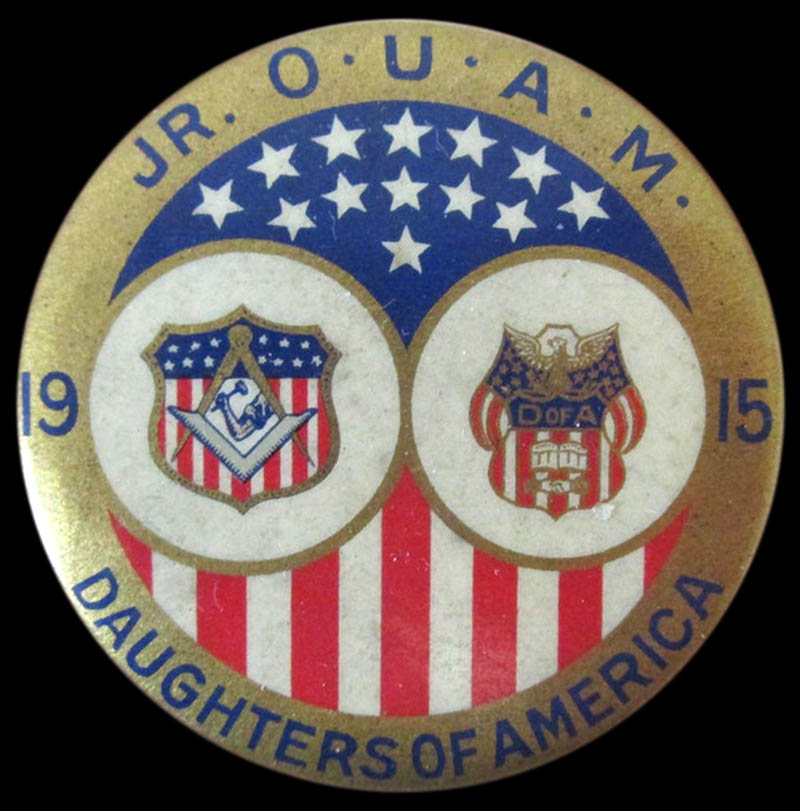 Notes: From the Wikipedia, "The Daughters of America is an American secret society, Nativist organization dating from the late-19th century. It was founded in 1891 as an auxiliary of the Junior Order of United American Mechanics. Since its heyday in the 1930s, the organization has shrunk significantly, to the point that it is no longer known whether or not it still exists."

A 1979 pamphlet included the description for members as "open to 'patriotic, white male and female citizens of good moral character, who believe in a supreme being as the creator and preserver of the Universe and who favor the upholding the American Public School System and the reading of the Holy Bible in the schools thereof, must be opposed to the union of Church and State, must be literate and capable of giving all the secret signs and words of the Order, or of explaining them if unable to give them by reason of some physical misfortune or defect.'"

The white-bodied cup includes both the crest of the Daughters of America (with eagle, stars and stripes and Holy Bible) as well as the Freemasonry symbol (with square and compass on a shield with stars and stripes), all in navy blue and red.