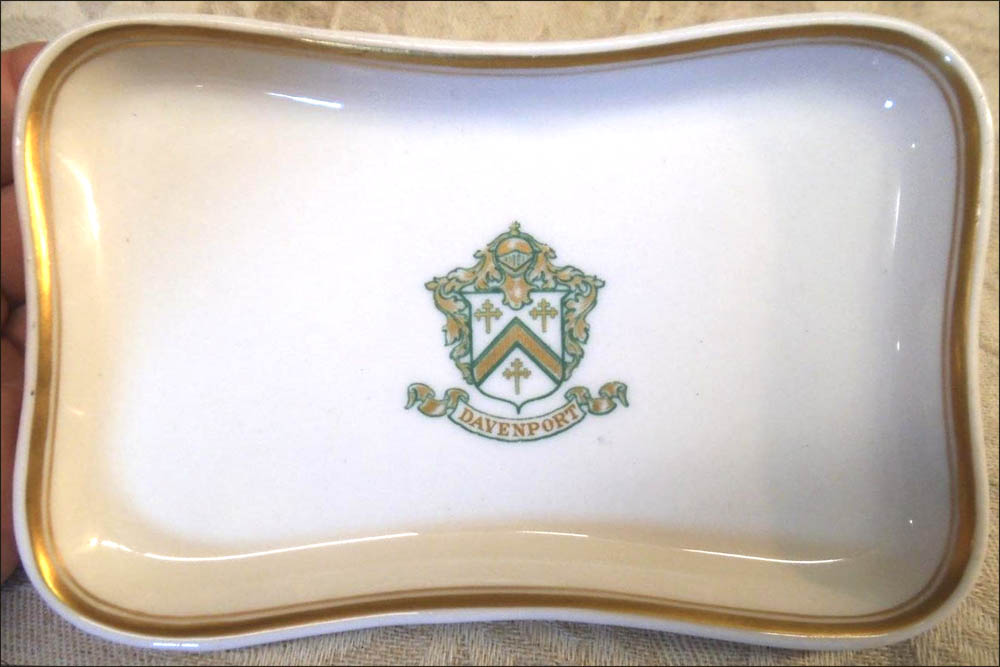 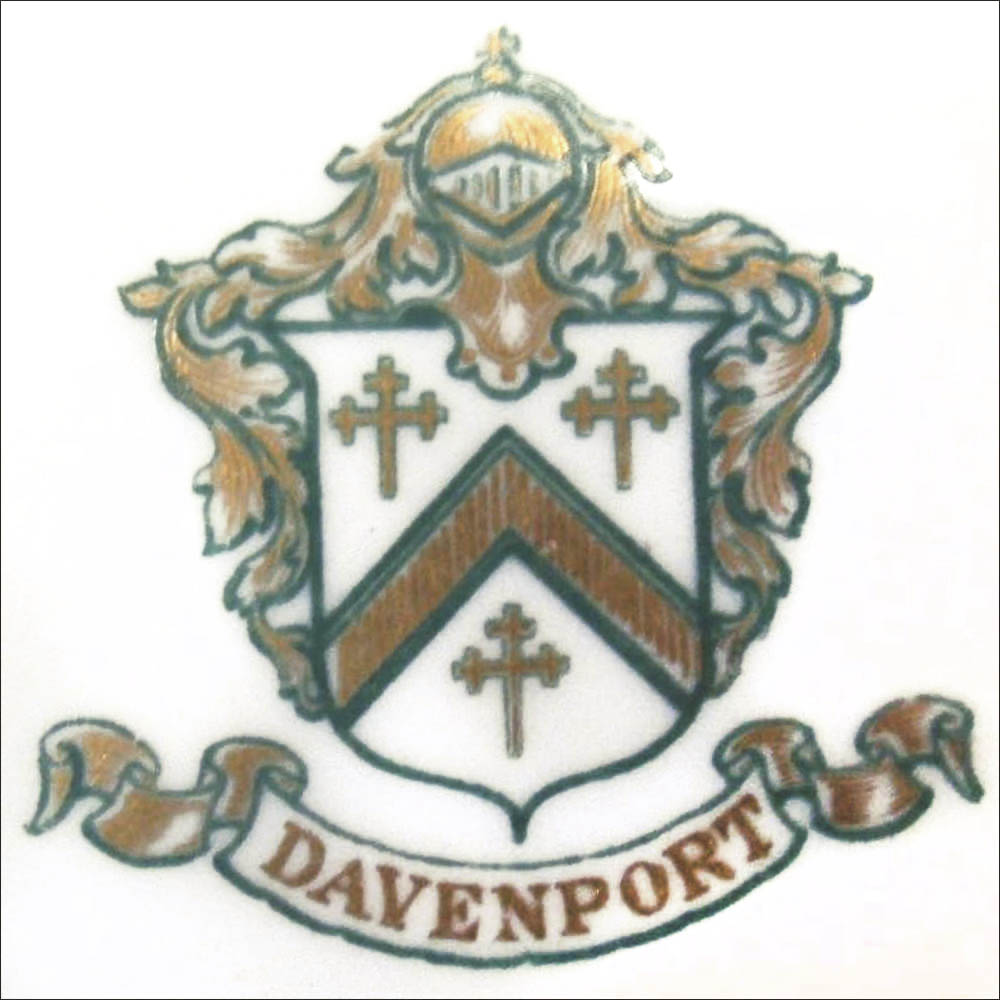 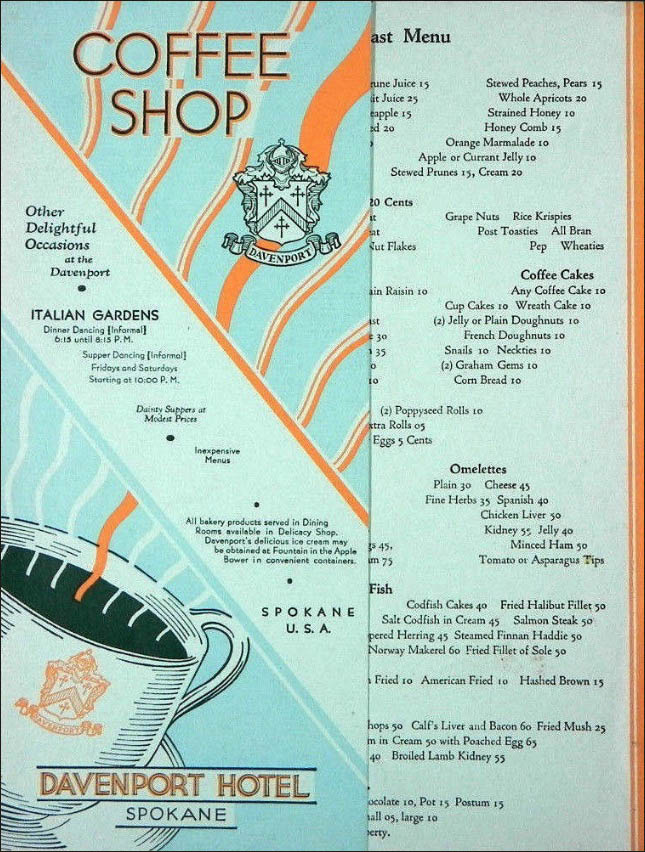 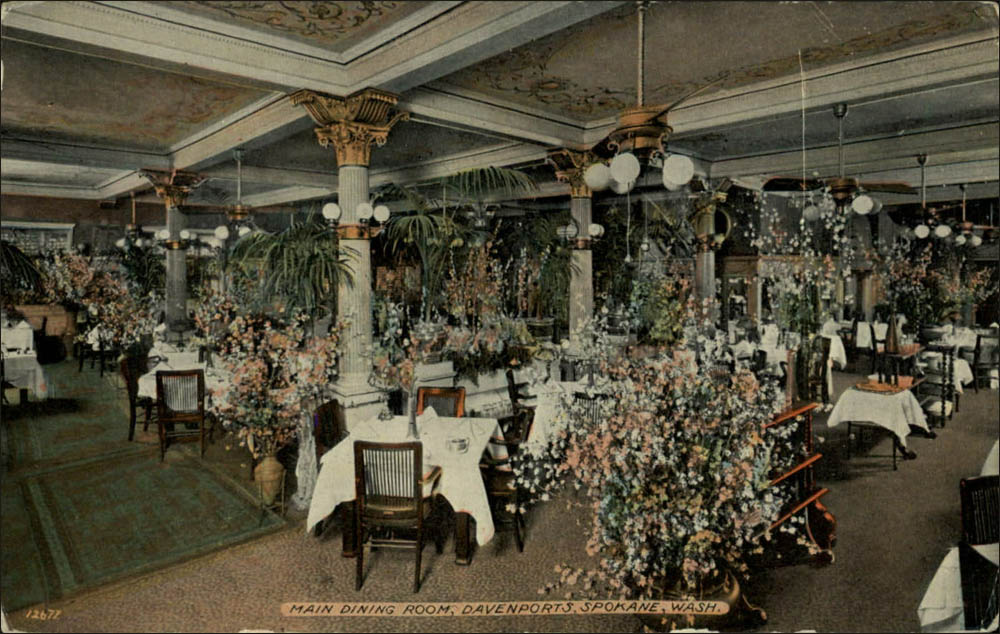 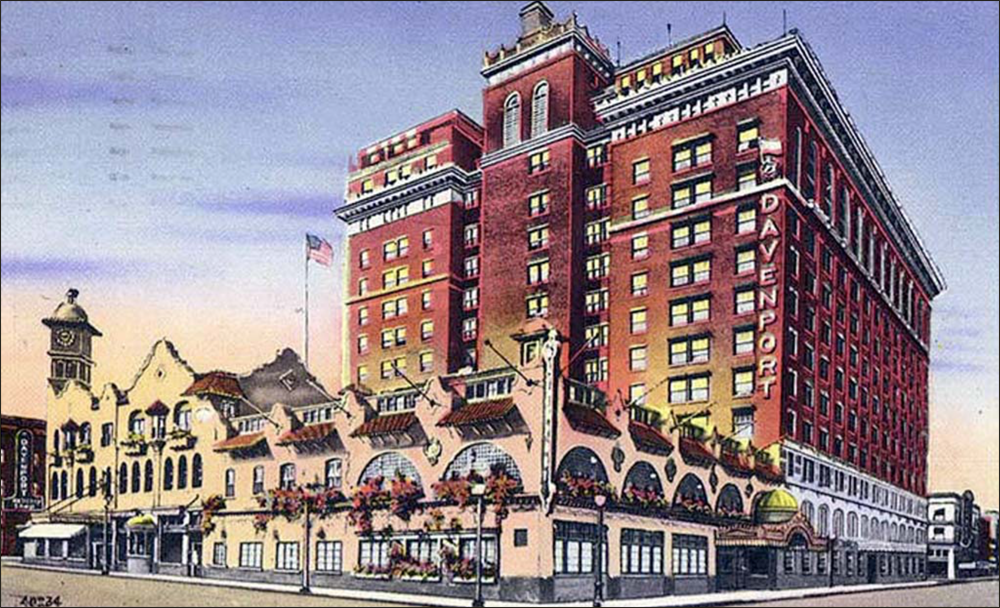 Postcard with the original Davenport Restaurant in the foreground and the Davenport Hotel behind. 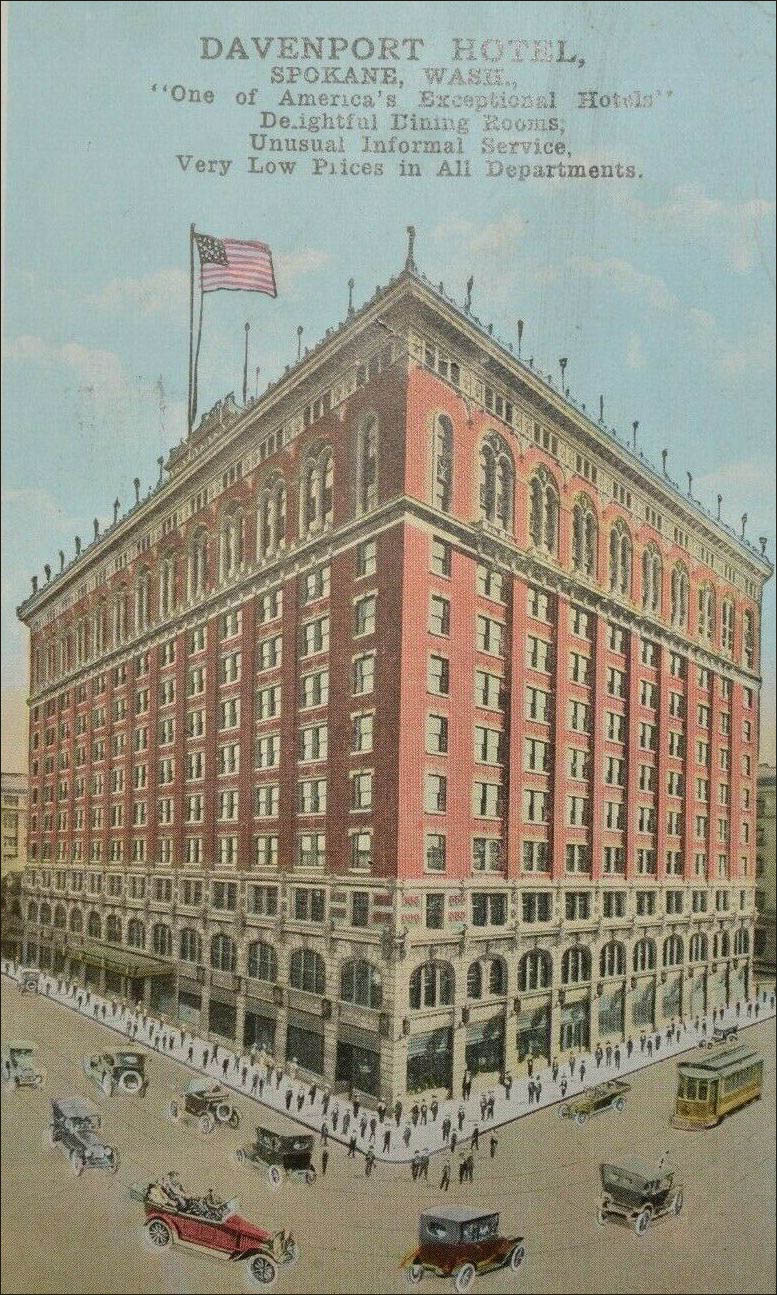 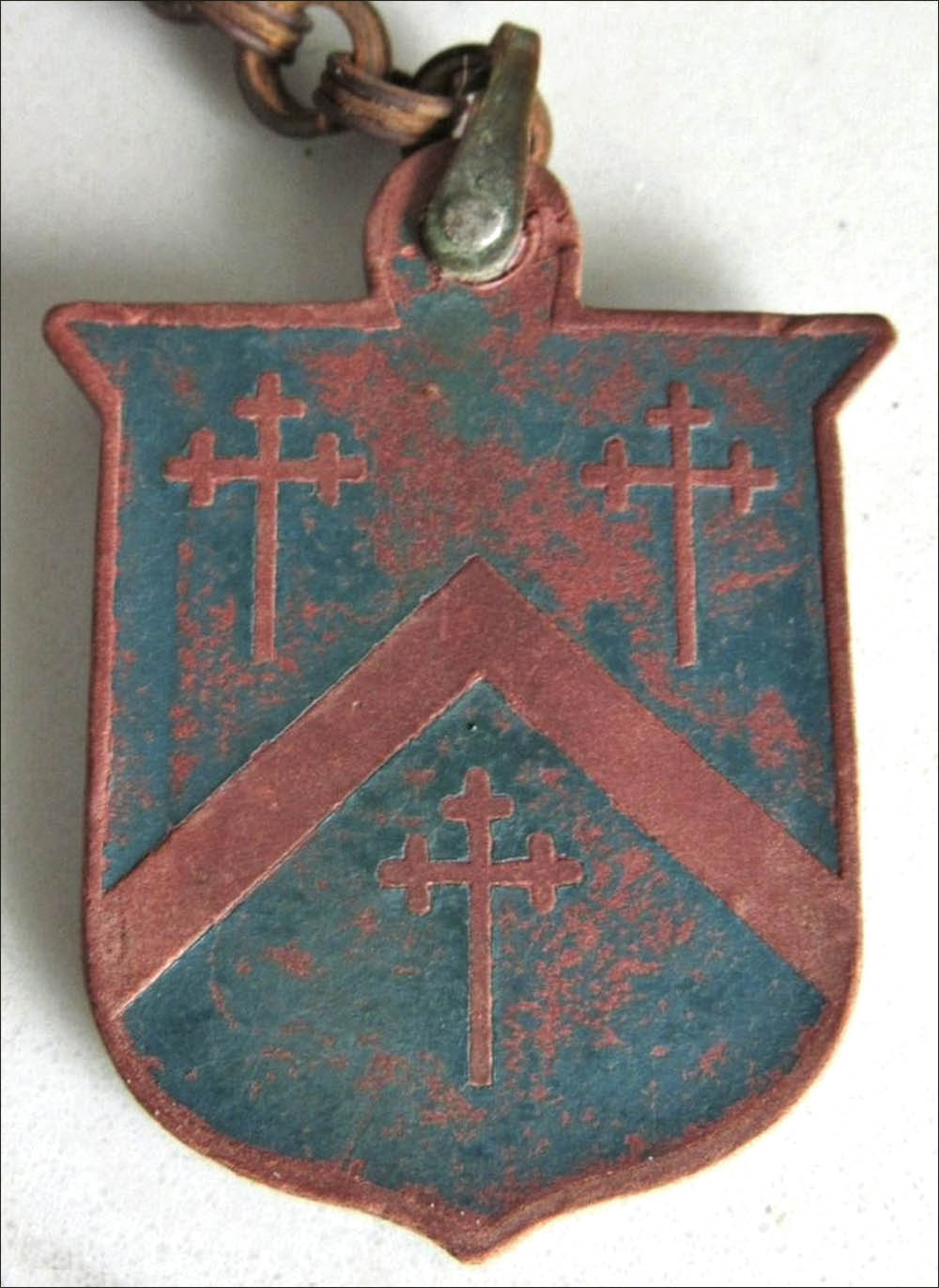 Some of the Davenport dining rooms were located in the two-story section, built in 1901, that adjoined the hotel. The Maddock china used there (see link below) has "Davenports" in script lettering with #5055 green border. Haviland and Bauscher also made china services for the Davenport.

In 2021, the Davenport operates as one of Marriott Hotels' Autograph Collection hotels.

Maddock Pottery produced a Lamberton china service that is crested with the hotel's shield in green and coin gold. Thick and thin coin gold rim lines complete the decoration. This pattern was used for the bedroom china service, that included pin trays. It was supplied by The Crescent, a Spokane department store.