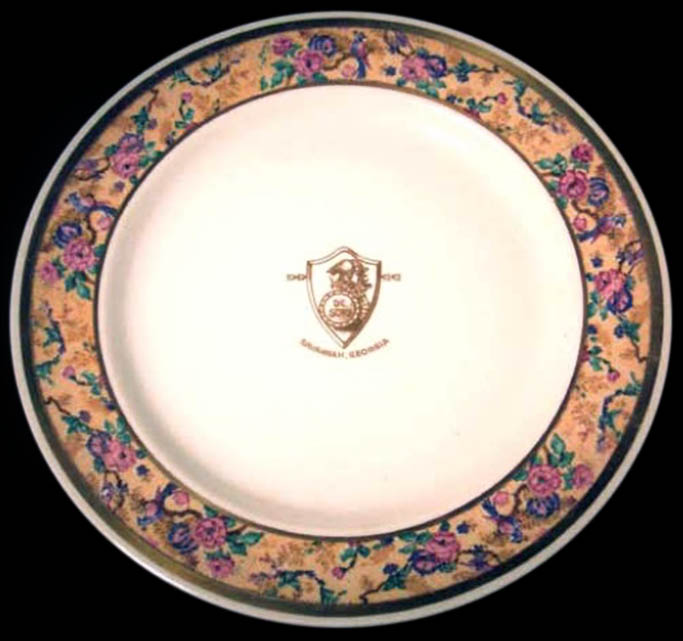 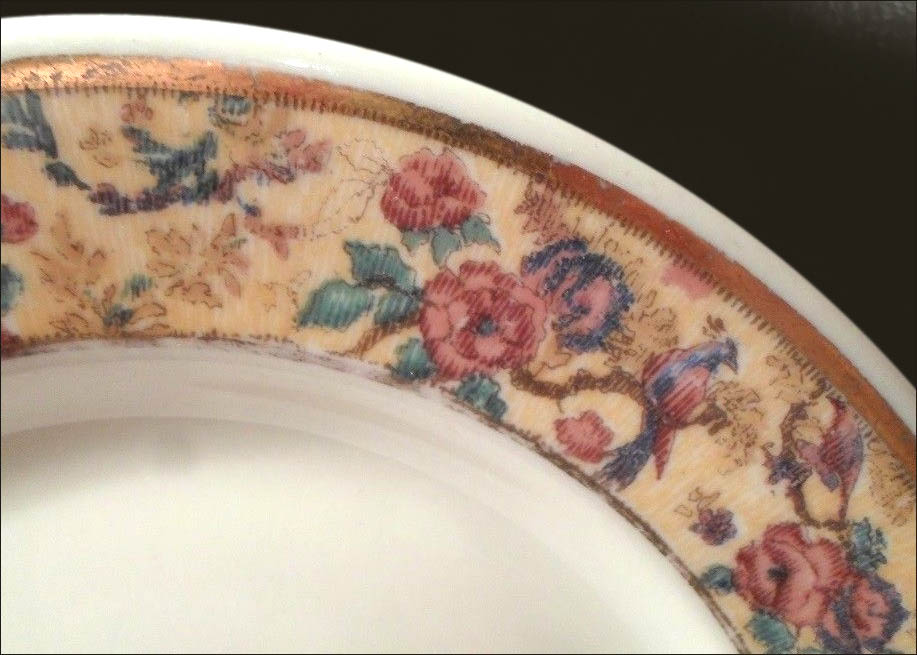 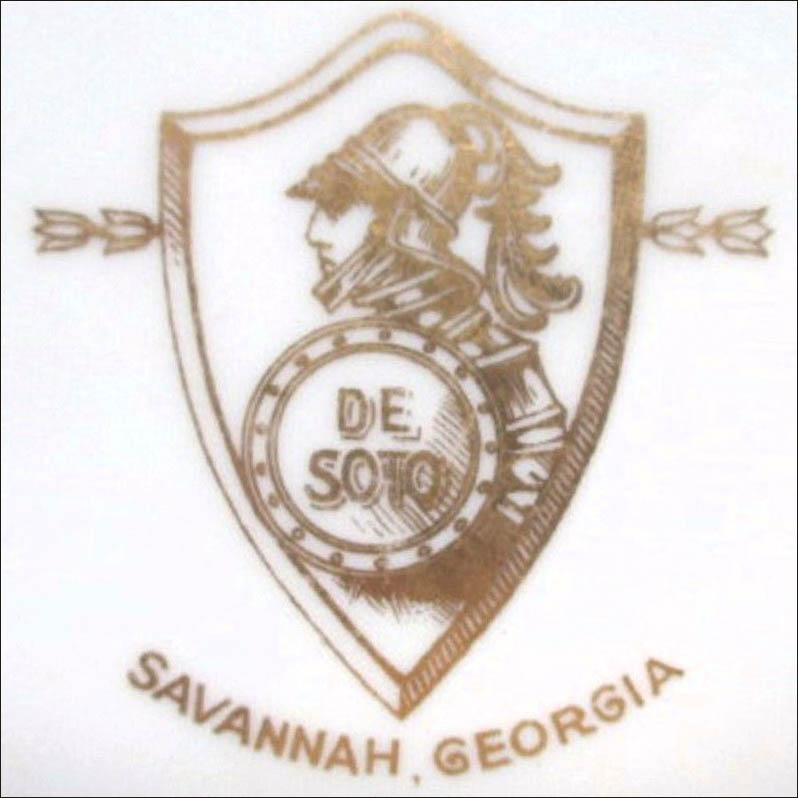 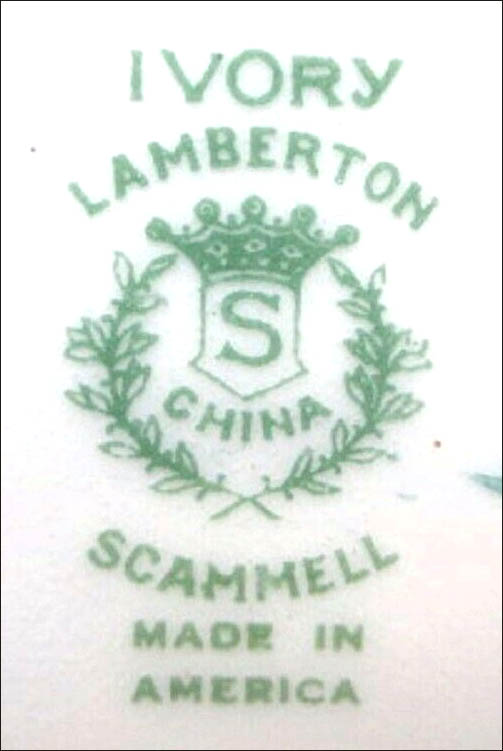 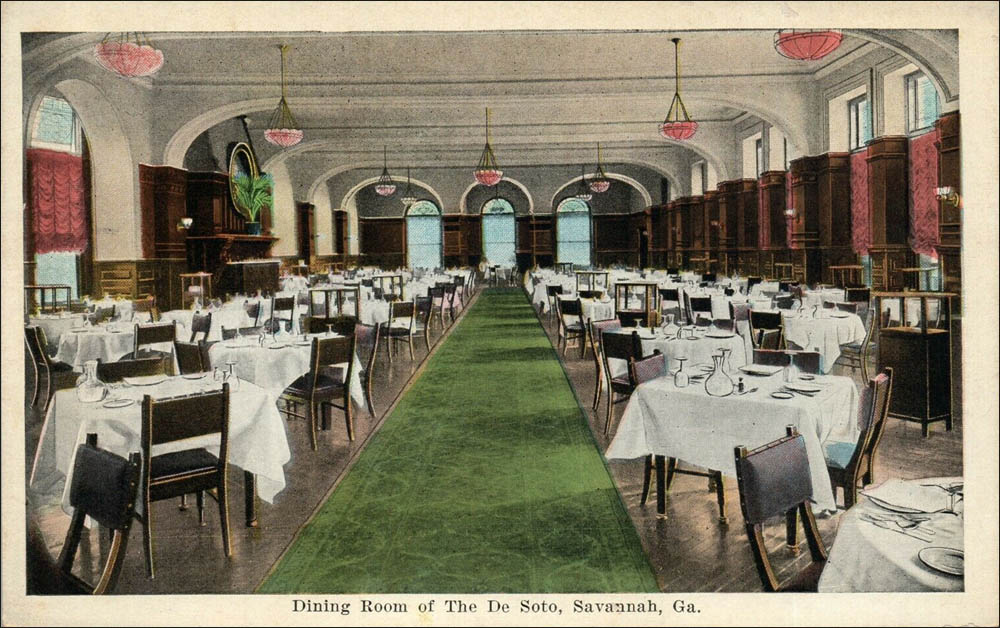 Dining Room of The De Soto 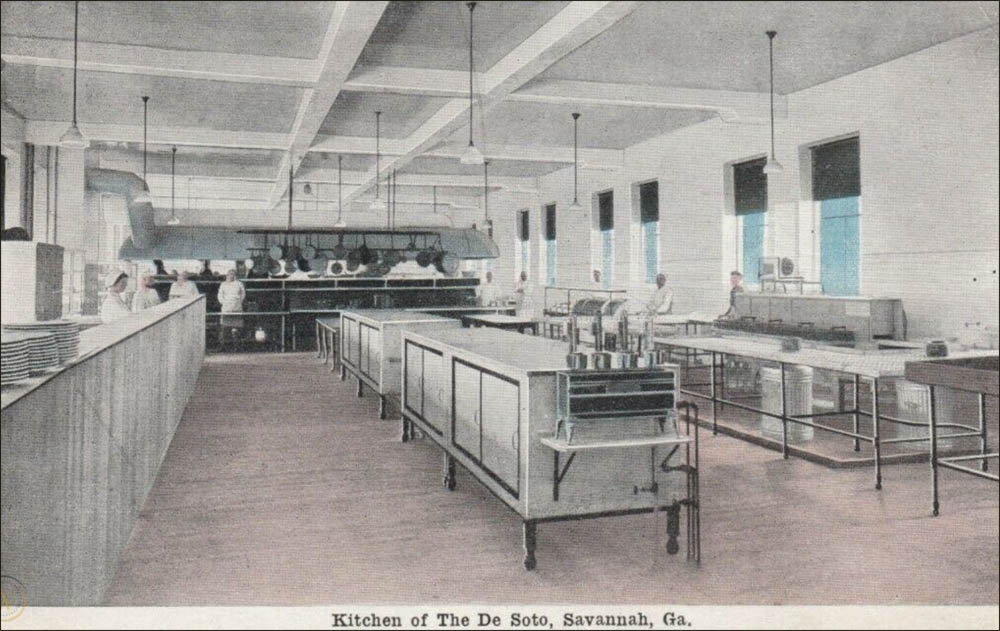 Kitchen at The De Soto Hotel 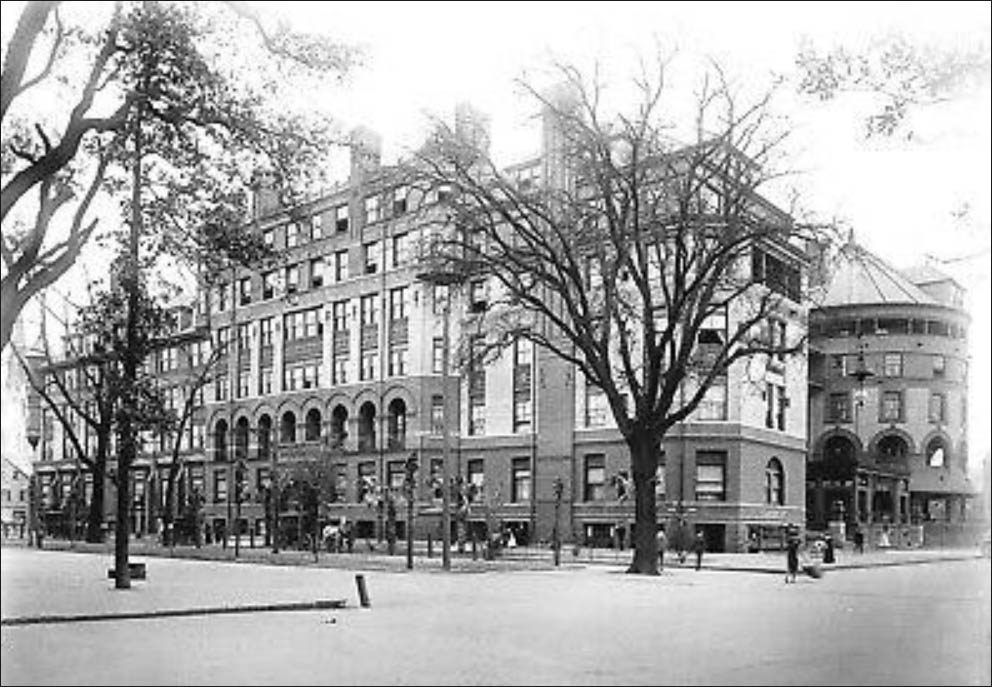 Notes: The De Soto at Bull and Liberty Streets in Savannah opened in 1890. It was named in honor of Spanish explorer Hernando De Soto. Around 1923, The De Soto became one of the hotels operated by the J. B. Pound Hotels chain. Around 1968, the original De Soto was replaced by the new 14-story, 252-room De Soto Hilton.

Scammell produced a service plate that is crested in the center of the well with a coin gold shield containing a profile bust of De Soto, with his name on his circular shield. The wide decal border contains flowers with birds on branches against a tan background. Coin gold rim and verge lines flank the border. This border was used by a number of customers in the late 1920s.  Scammell made these service plates on their Ivory body ware, introduced in 1928. "Made in America" on the backstamp suggests that these plates were made from 1931 on.