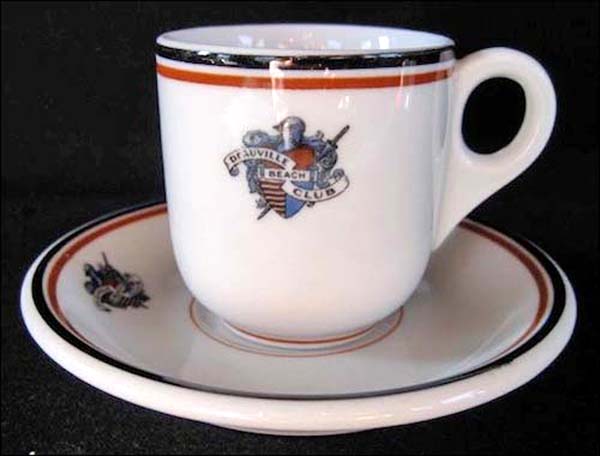 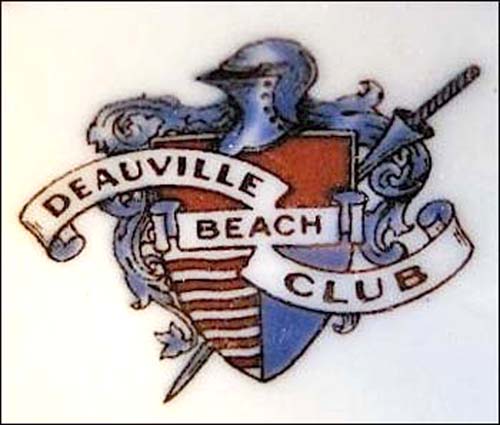 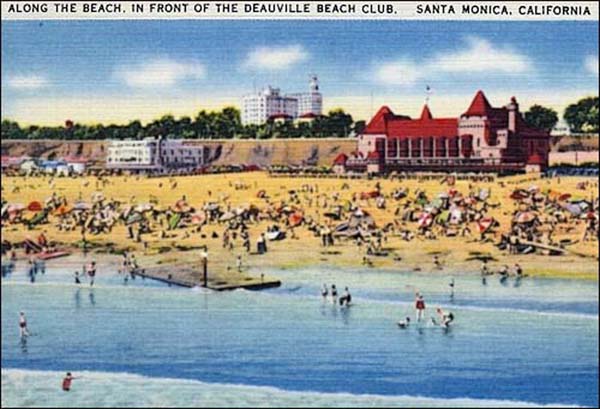 Notes: From the Digital Collections of Loyola Marymount University: "The Deauville Club was located north of the Santa Monica Pier [in Santa Monica, Calif.]. It opened to the public in 1927 and was built on the site of the old North Beach House. The Deauville offered guest rooms, a gymnasium, a saltwater plunge, lockers and showers, lounge rooms, game rooms, private dining rooms, and a restaurant. In 1930, the Los Angeles Athletic Club bought the Deauville Club and, in 1934, a breakwater built in the bay expanded the sandy beaches, creating more oceanfront space for the multitude of visitors to the area."

The demitasse cup has black and red lines above the club's crest, which is in red and blue and includes a shield and helmet from a suit of armor, a sword, and a ribbon banner spelling out DEAUVILLE BEACH CLUB.