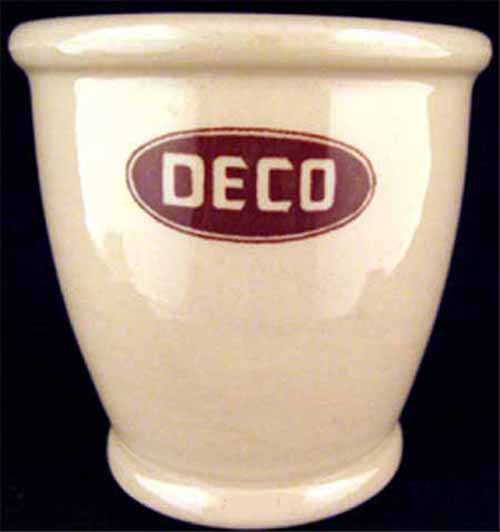 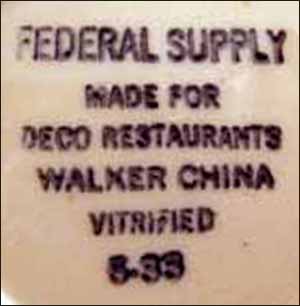 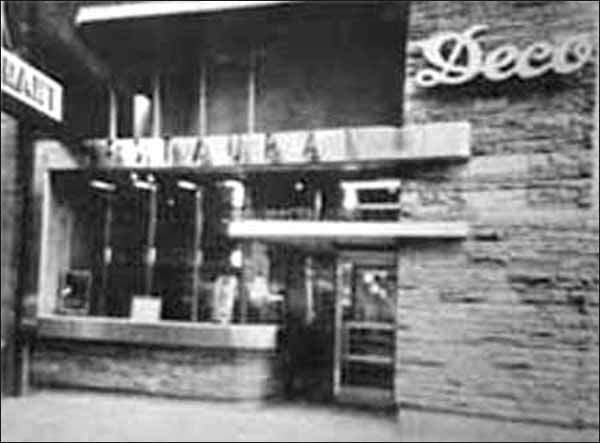 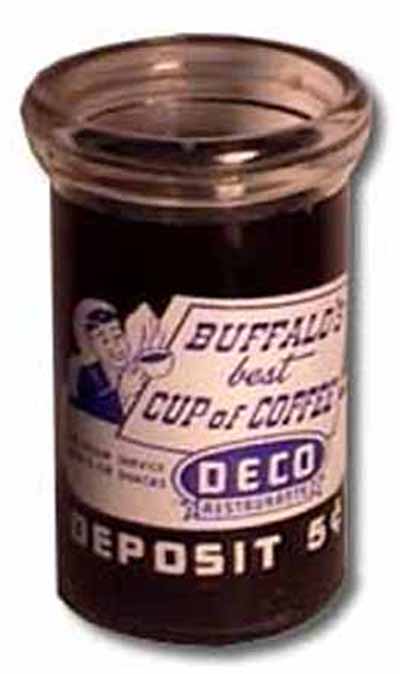 Notes: "Buffalo's Best Cup of Coffee" Deco started out as a hot dog and soda wagon in Buffalo, NY, which sold food to commuters as they disembarked from the trains. They eventually became an enclosed restaurant serving more than hot dogs, and that's where the logo on this egg cup comes in. They were known for their coffee, as you see by the "jelly jar" glasses, used for take-out coffee, with the same DECO logo as on the egg cup.

The photo of the restaurant shows a later Deco design which has also been seen on china. Gregory's Dick's hot dog truck eventually turned into restaurants all over New York State and into Toronto, Canada. The last one closed in 1979.