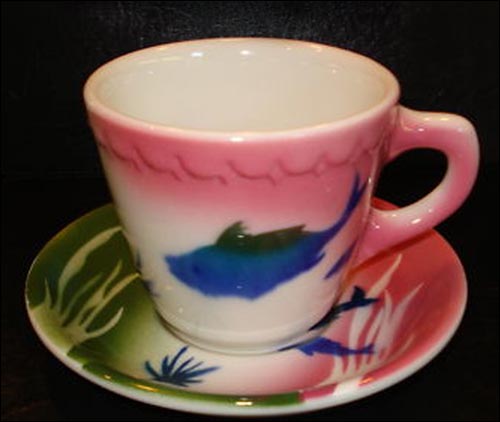 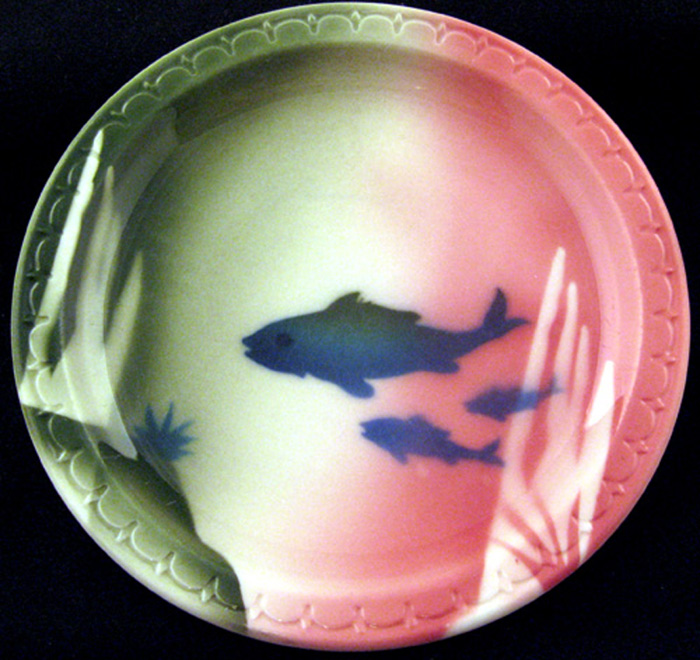 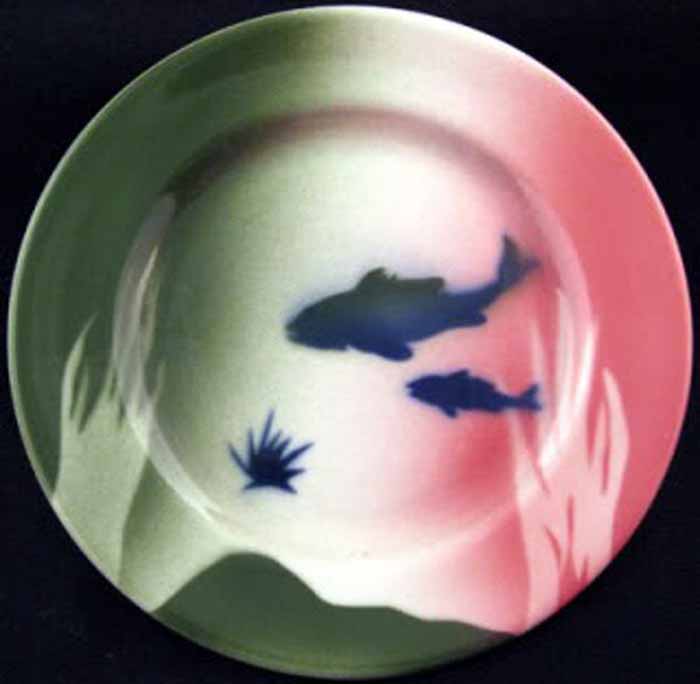 Notes: Steve Harrison, co-author of "China and Glass in America 1880-1980, from Table Top to TV Tray," states that this pattern was designed for the Neptune Room Restaurant located in the basement of the Earle (later renamed Warner) Theatre in Washintgton, D.C. and was ordered by that establishment from 1938 to 1963.

"The Shadowtone ornamental technique was developed by the head of Onondaga's decorating department, Harry Aitken, and was introduced in 1938; the pottery produced nearly three hundred patterns in this line using a sophisticated decorative process that employed stencils and air-brushed glazes."

Although the pattern was used by the Neptune Room Restaurant until 1963, it is likely it was considered a stock pattern after their closure and available to other venues. Custom pieces have been found topmarked with Robert's Fish Grotto – Sacramento in a slightly paler color scheme.

White body, stencil-airbrushed design consisting of blue fish with green and pink aquatic plants. The pattern was made on both the Econo-Rim as well as Morwel shapes as well as Rolled Edge. A similar design was also made by Jackson China.