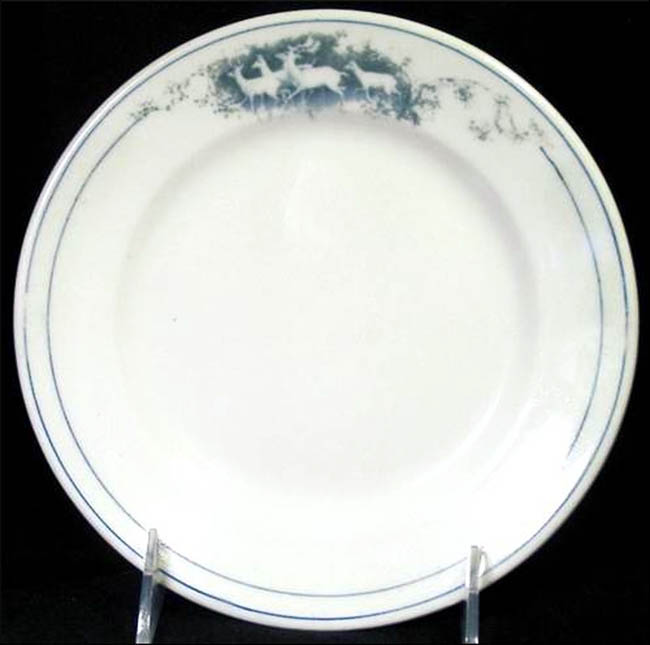 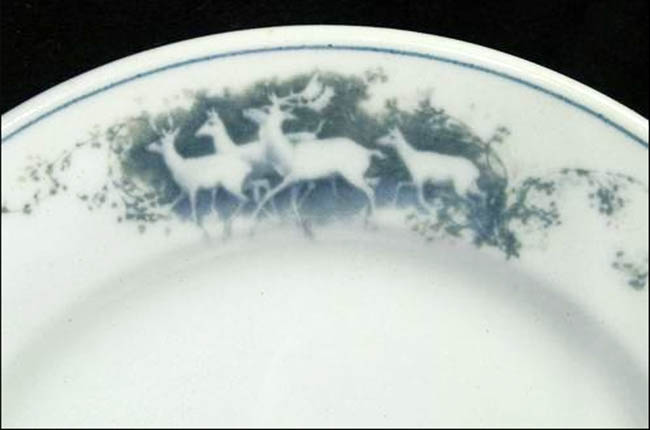 Notes: Located in Deer Park, Maryland, the Deer Park Hotel opened on July 4, 1873 and closed at the onset of the Great Depression in 1929. It was owned by the Baltimore and Ohio Railroad (B&O) and spring water was bottled at the Deer Park Springs for use on the B&O dining cars.

Deer Park Hotel had four known china patterns used at the hotel: two by Maddock, one by Fraunfelter and one by Buffalo. This design was produced in brown and also in blue as shown below.

Click here for more information about the Deer Park Hotel.

ID and photos submitted by apPaul