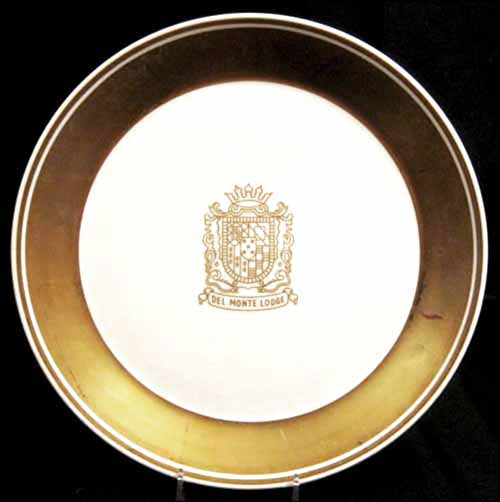 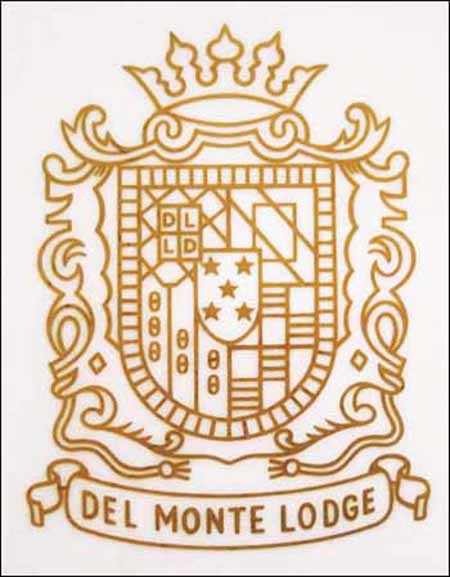 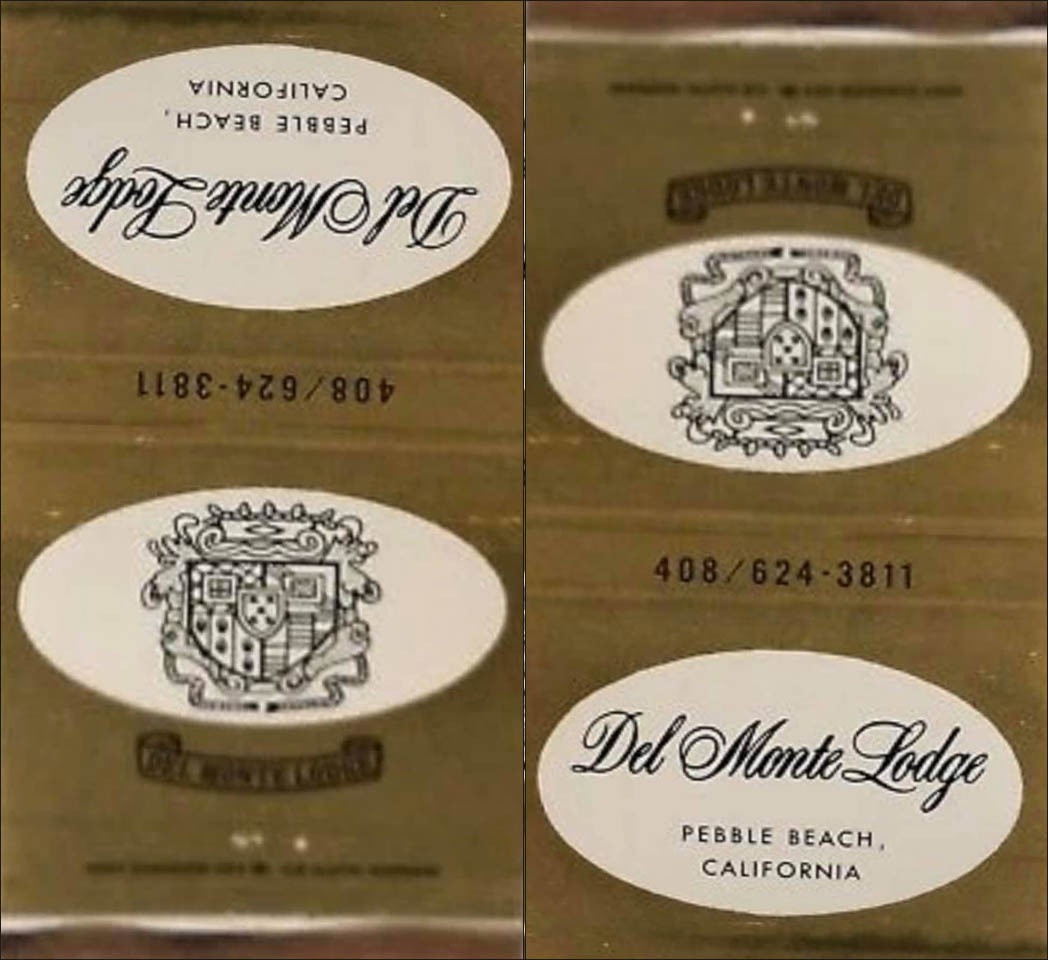 Notes: The Monterey Peninsula (California) juts into the sea between two famous bays: Monterey on the north and Carmel on the south. Since 1919, Del Monte Properties has guarded this land along with the Del Monte Forrest, 17 Mile Drive, and six 18-hole golf courses, including the most famous course in the country – Pebble Beach.

"Del Monte Lodge was built in 1919 and was first planned only as a modest haven for golfers playing the Pebble Beach Course." It was a large 50-room, log lodge, with a huge stone fireplace. "The main resort, Del Monte Hotel, was miles away on the crest of a hill overlooking the town of Monterey. During WWII the Navy leased the hotel as a preflight school, and after the war used it as a Navy postgraduate school for officers. The Del Monte managers we left with their land but no resort. So they turned to the modest lodge overlooking Pebble Beach and began to develop and extend it."

"Del Monte Lodge today [1965] is one of the great resorts of the world and one of the most famous, familiar to millions who have caught glimpses of its setting through televised golf tournaments held at Pebble Beach." In 1965, there were 110 guest rooms and suites.

High alumina body with a wide coin gold band on rim, an elaborate crest with crown and stars, with Del Monte Lodge in a banner below.