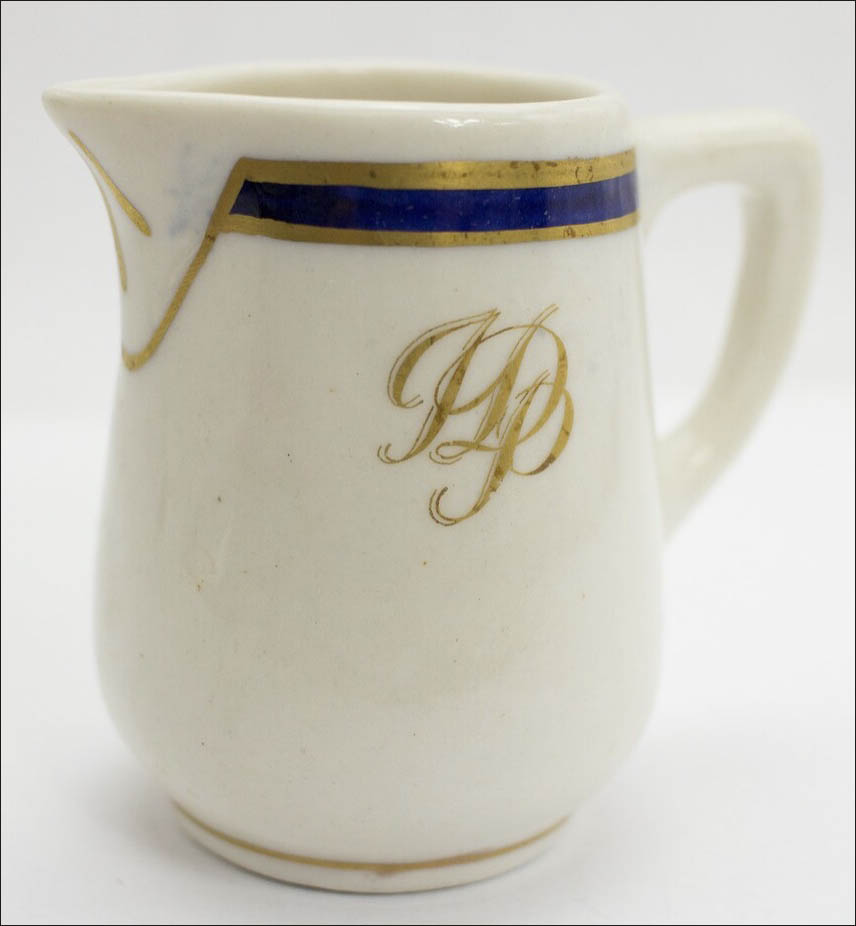 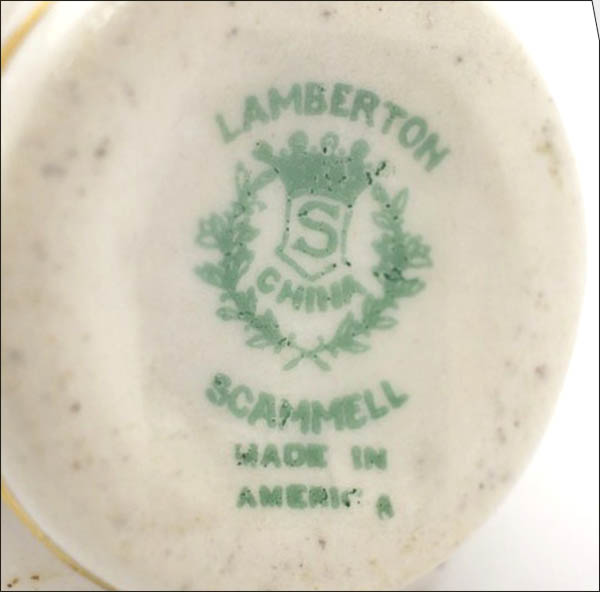 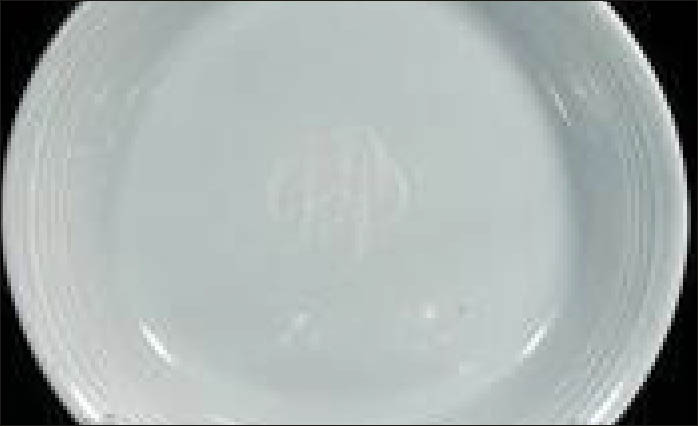 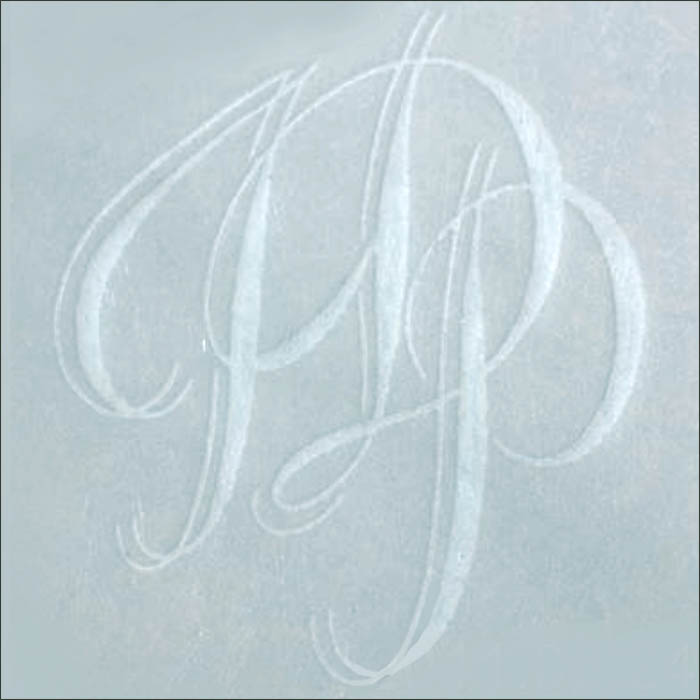 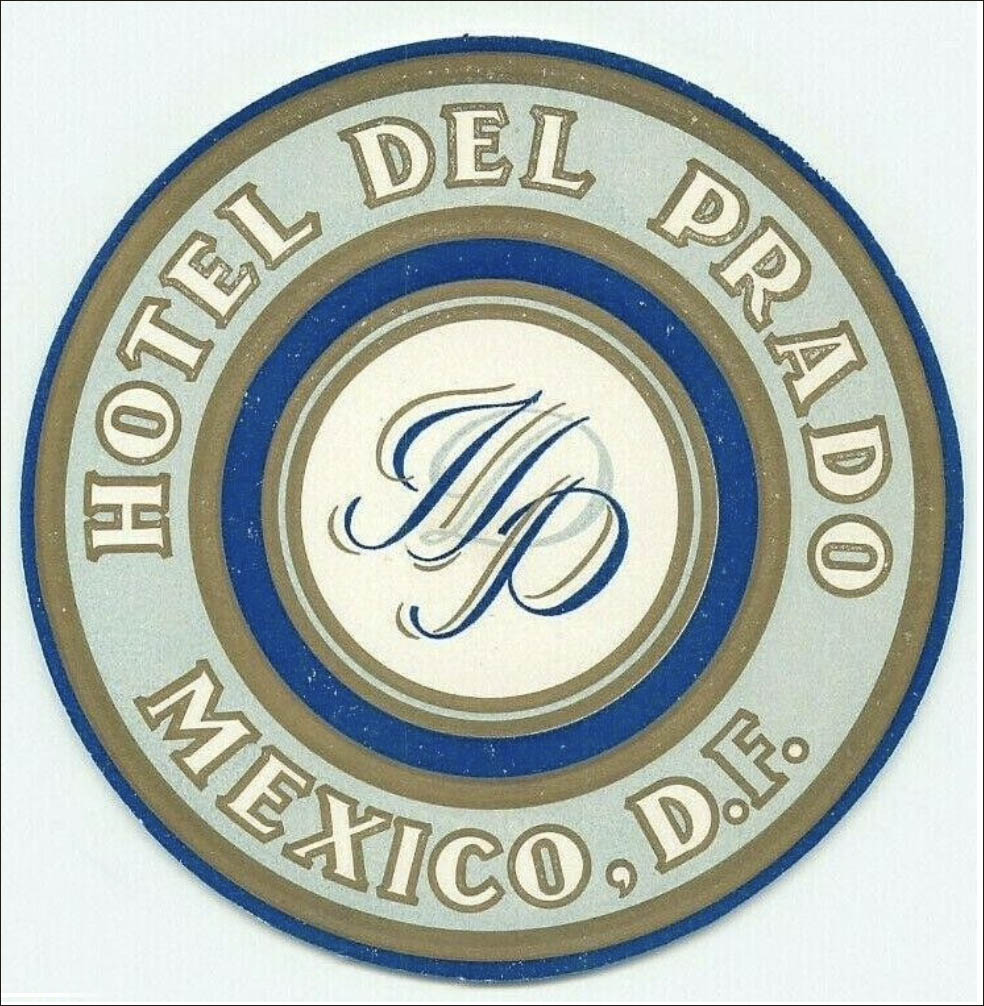 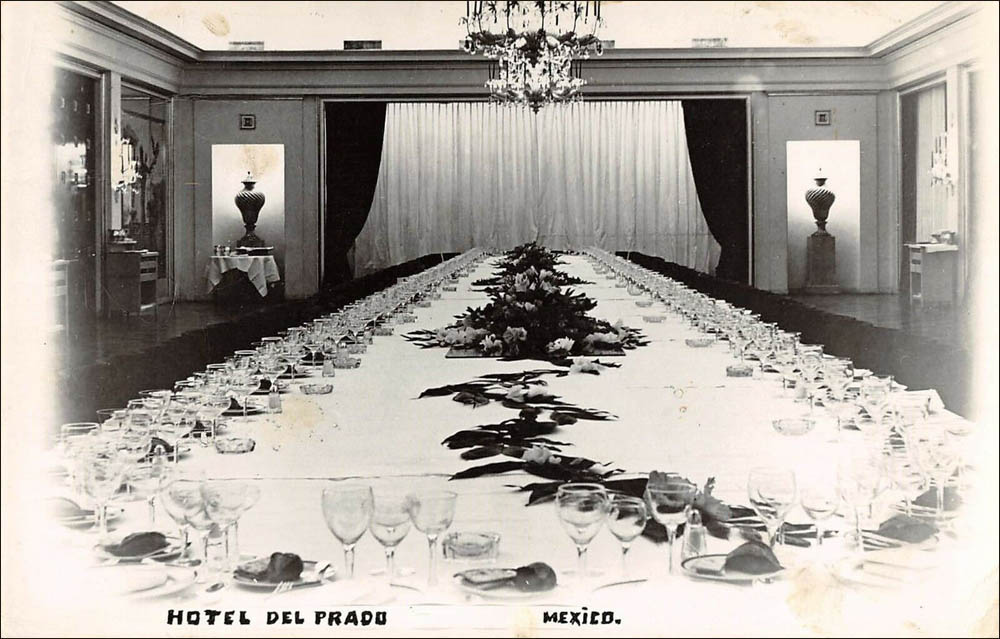 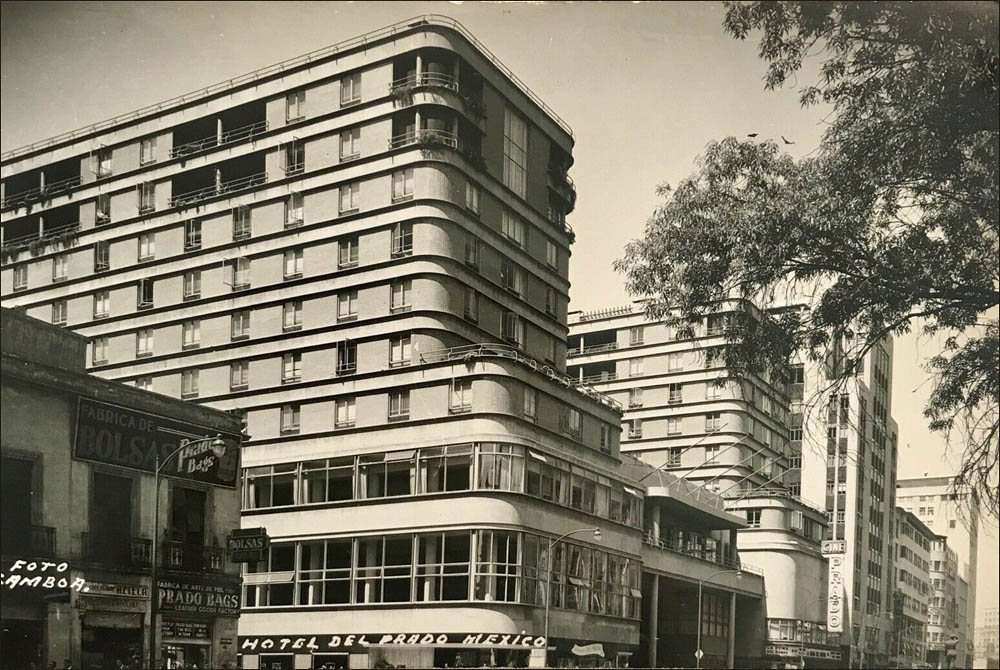 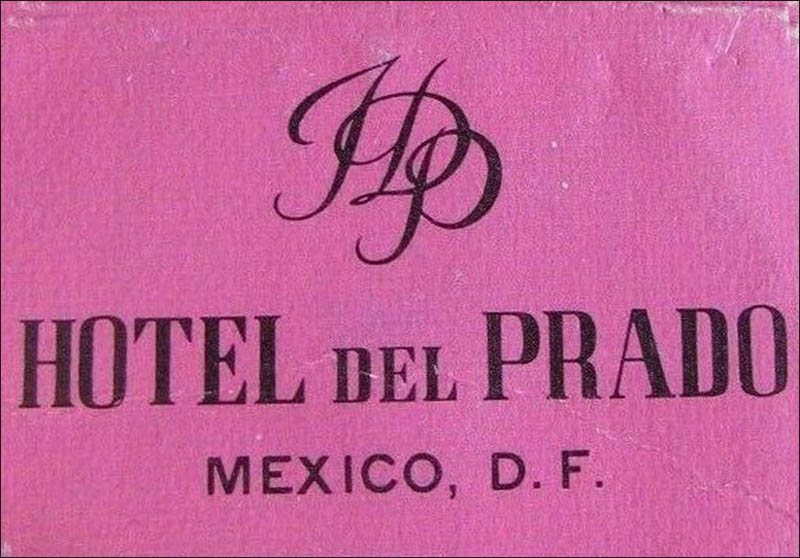 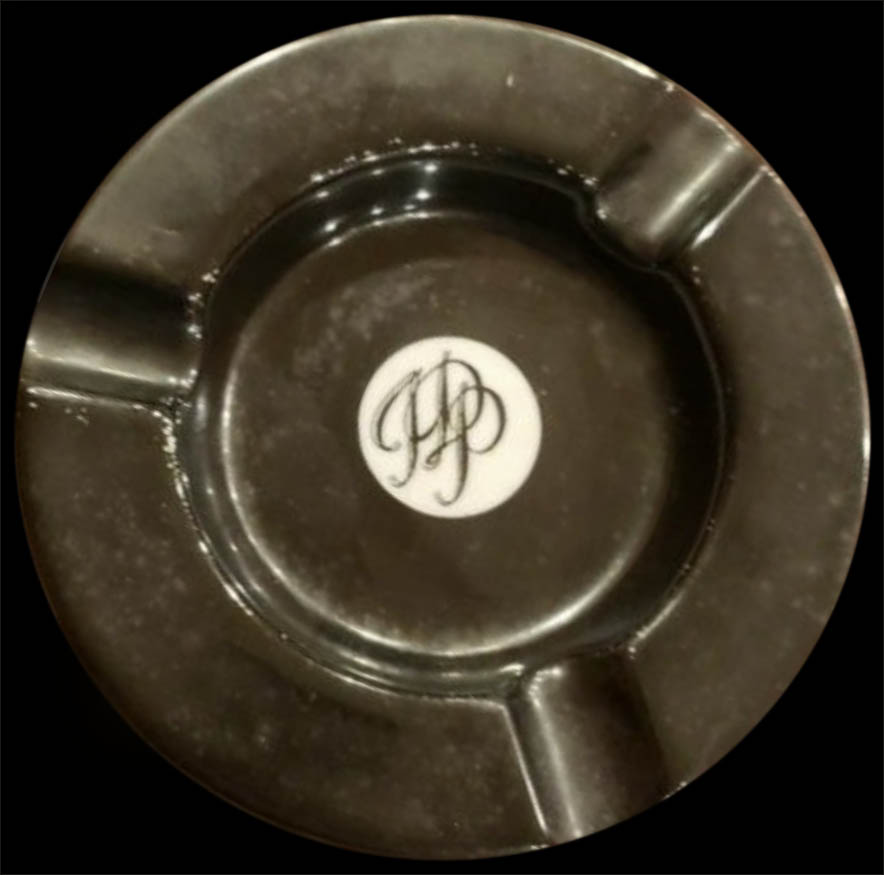 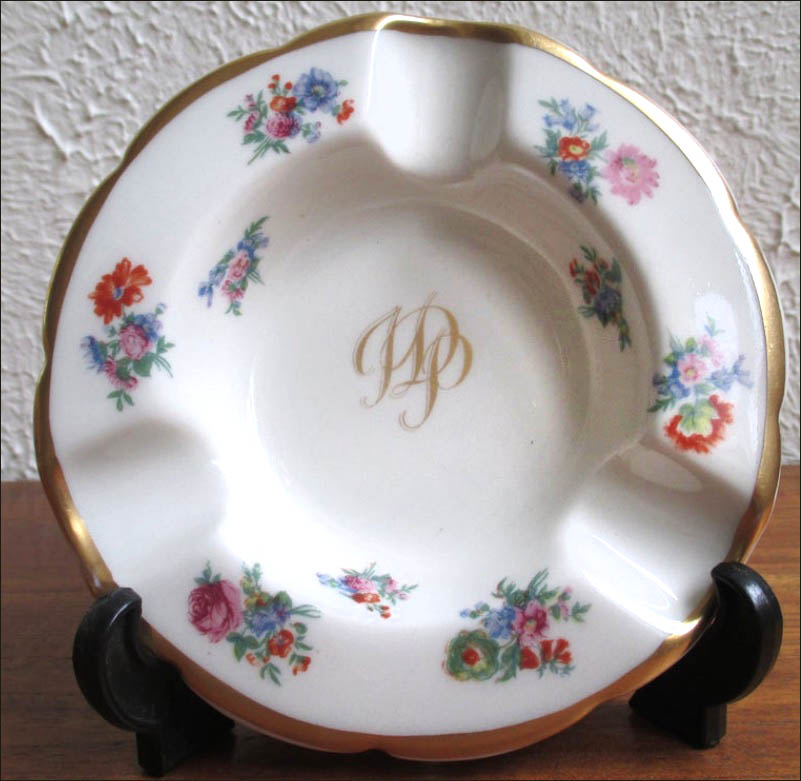 Notes: When the 10-story Del Prado Hotel overlooking Alameda Park in Mexico City opened in 1948, it was sleek and modern inside and out. It had a four-story lobby, 600 outside rooms with bath, 65 terraced suites, ballrooms, night clubs, cocktail lounges, and dining rooms.

Scammell got the contract for several patterns of china. They are all crested with an interlocking script "HDP"monogram. One pattern has the monogram in coin gold with a cobalt blue border, flanked with coin gold lines. Another pattern is on Platinum Blue body with the monogram and a series of rim lines in white.  There are two known ashtray designs. One has a gold monogram surrounded by small floral sprays. The other one has an overall black glaze with the monogram on a circle in the center.