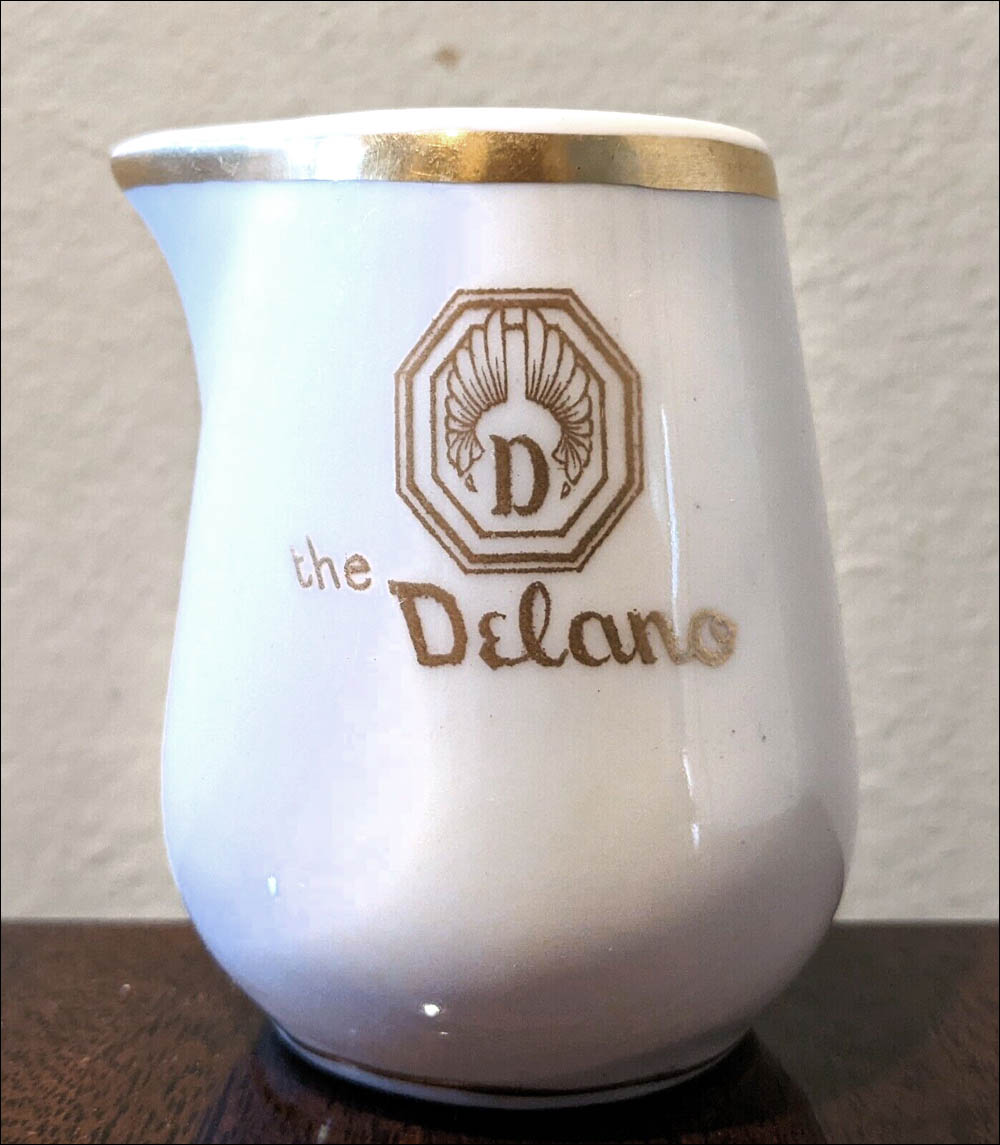 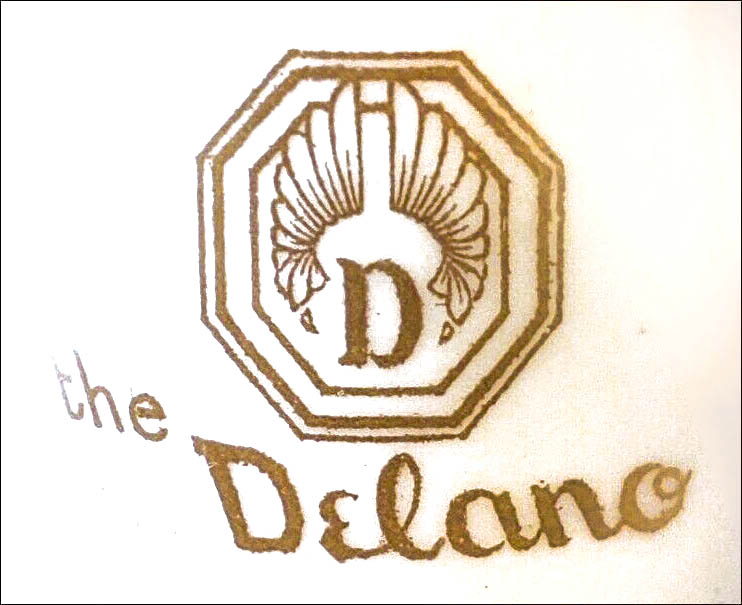 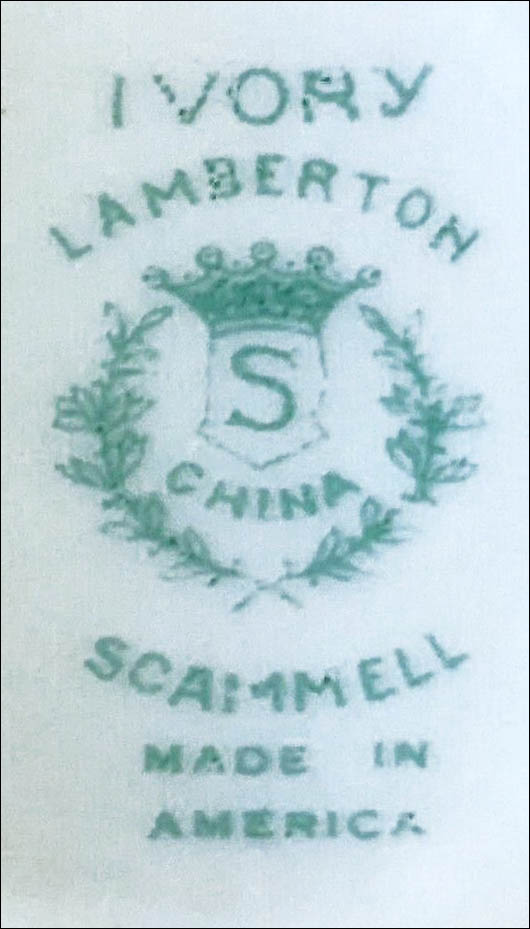 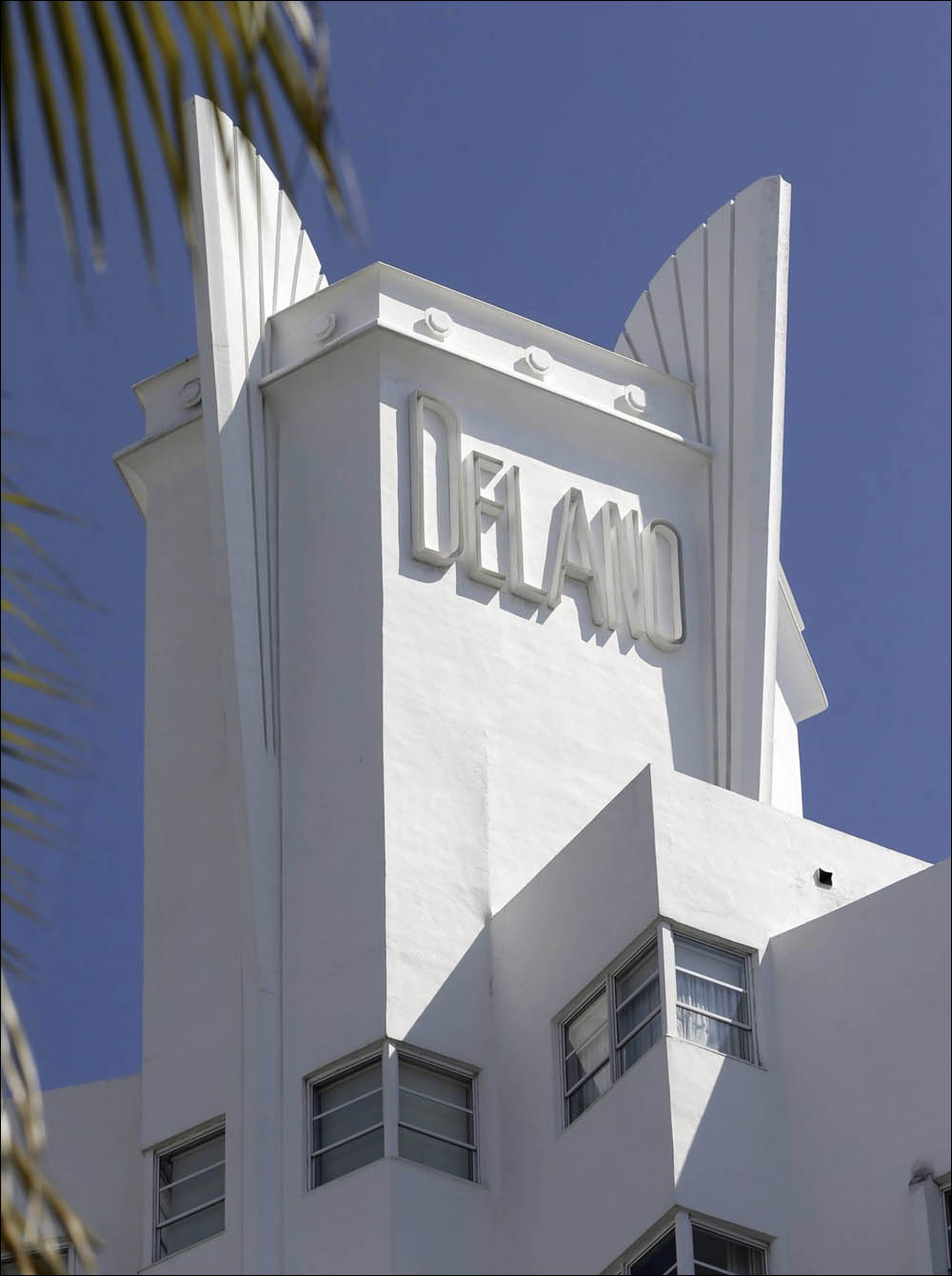 The Wings on The Delano Hotel 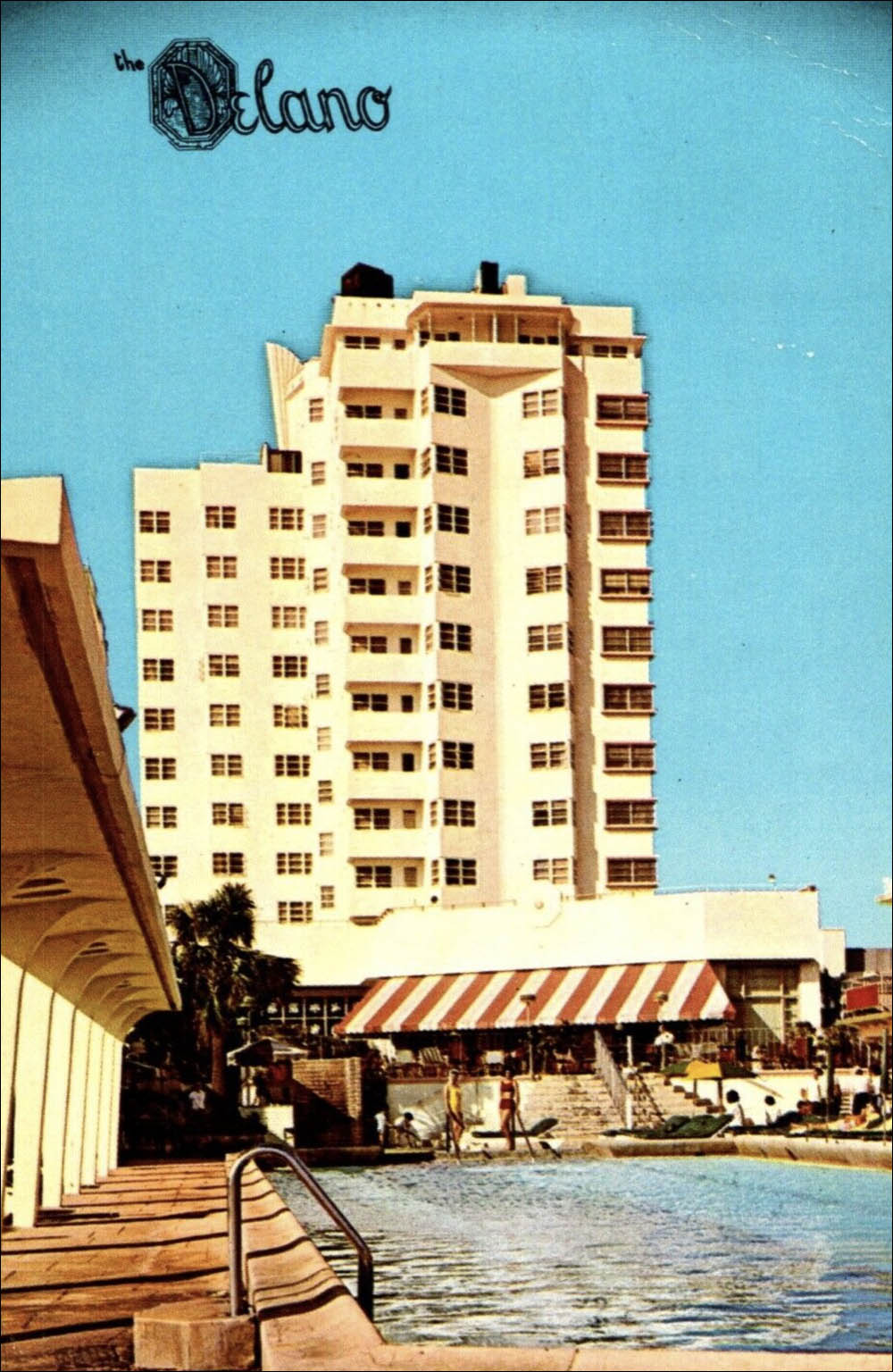 Notes: The 14-story, 215-room Delano Hotel, at 1685 Collins Avenue in Miami Beach, opened in the fall of 1948. It was named in honor of President Franklin Delano Roosevelt. The Delano is usually described as Art Deco in style, but it's 1940s construction all falls within the Miami Modern style. When it opened, its tower with the four stylized, projecting corner wings made the Delano the tallest building in Miami Beach.

A $20 million renovation made in 1994, was designed by French architect Philippe Starck for owner Ian Schrager. The Delano closed in March 2020 amid the Covid-19 outbreak. In November 2020, the 191-room Delano was sold to Connecticut-based Eldridge Co. By May 2022, the Delano had reopened.

Scammell made the Ivory Lamberton China that is crested in coin gold with a frame that contains a D flanked by the stylized wings from the hotel tower, as well as the hotel's name below the frame. A wide coin gold line is placed at the rim.