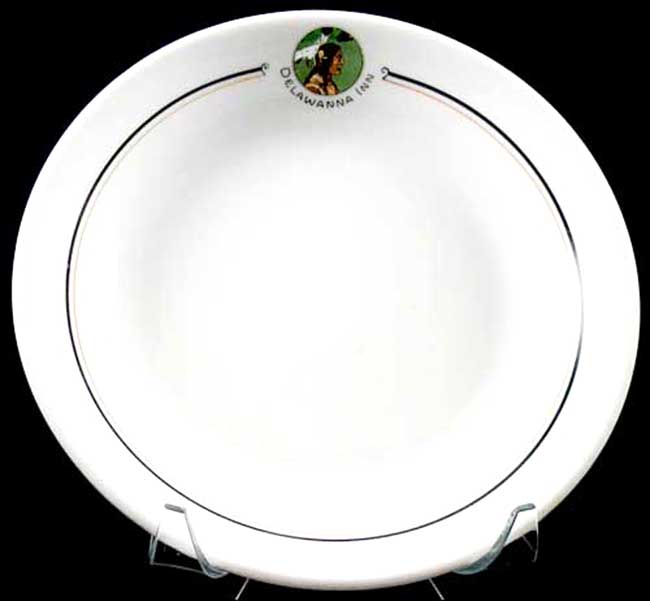 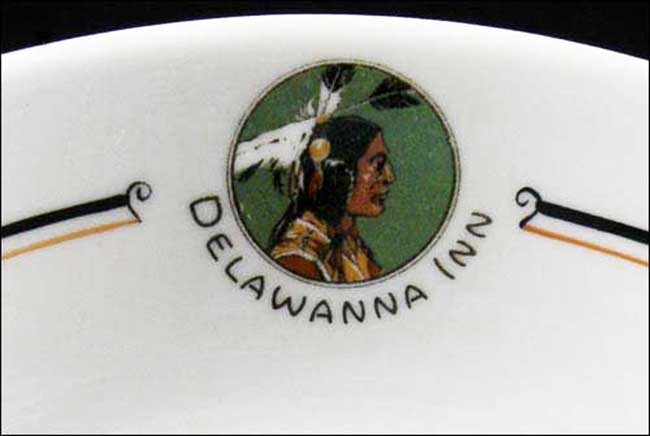 Notes: According to the book, "Journey Along the Delaware, Lackawanna and Western Railroad: Pictorial," the three-story Delawanna Inn was located in Delaware Water Gap, Penn. It was razed in 1968.

The coupe soup bowl has two lines around the border, one black and one orange, that end in the curlicues so often seen in the 1920s, setting off an American Indian within a circle with feathered headdress against a green background, and below it the words DELAWANNA INN.