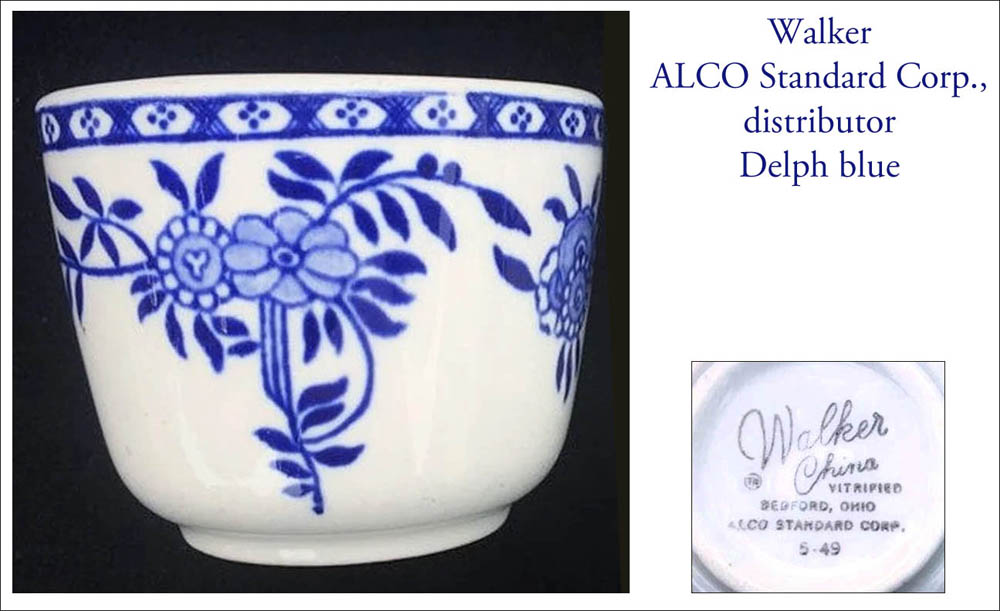 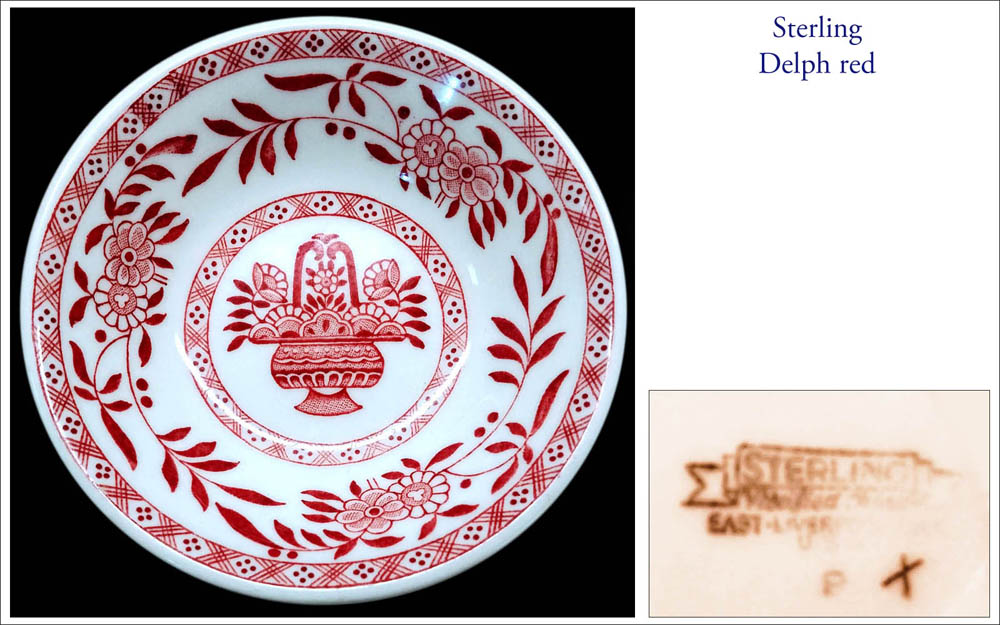 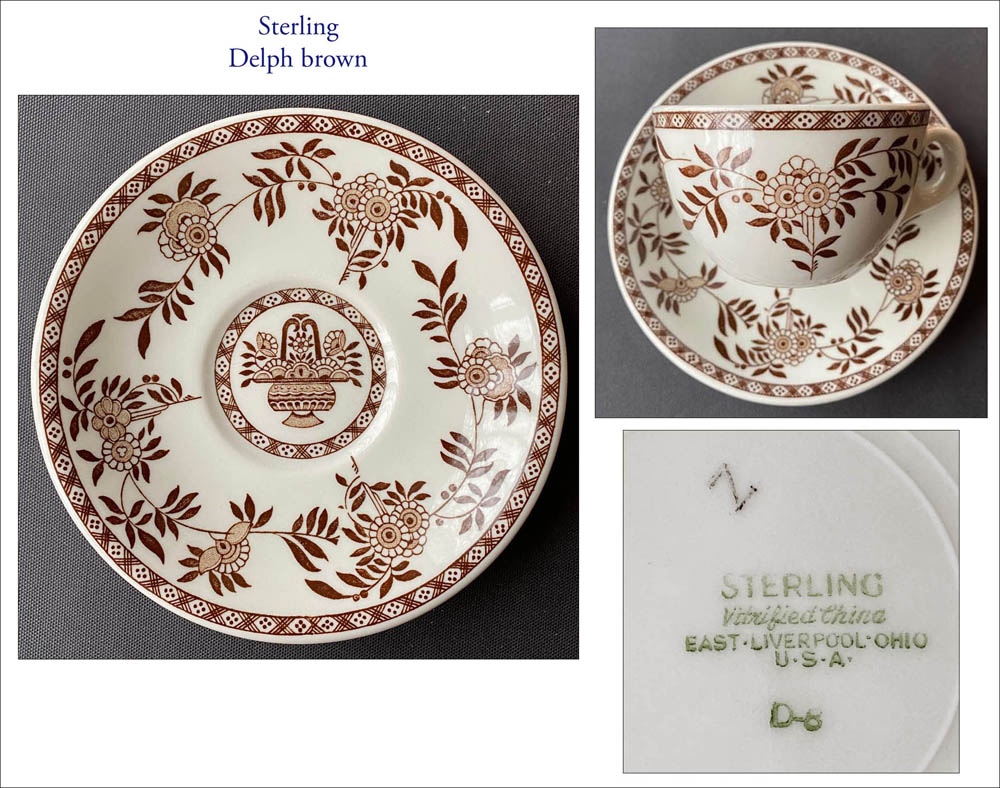 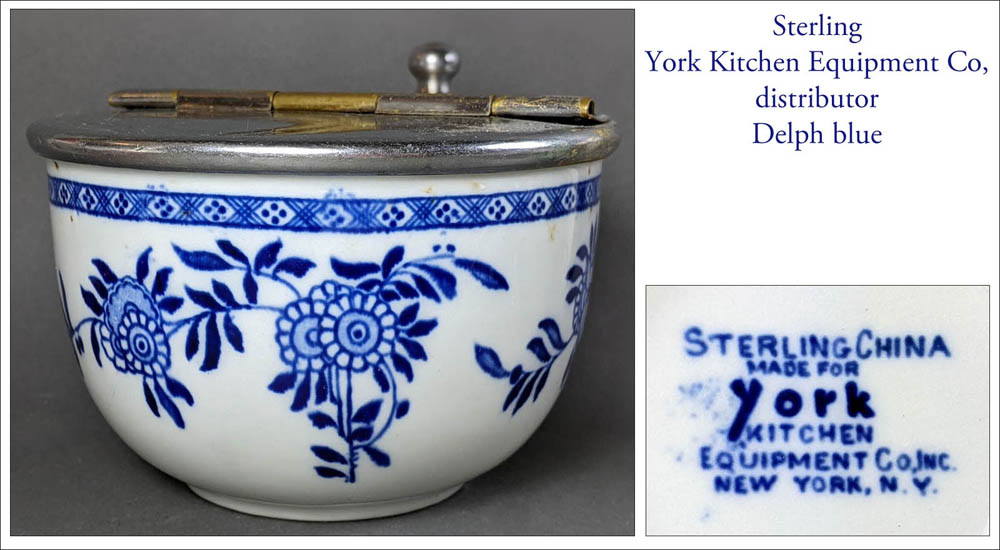 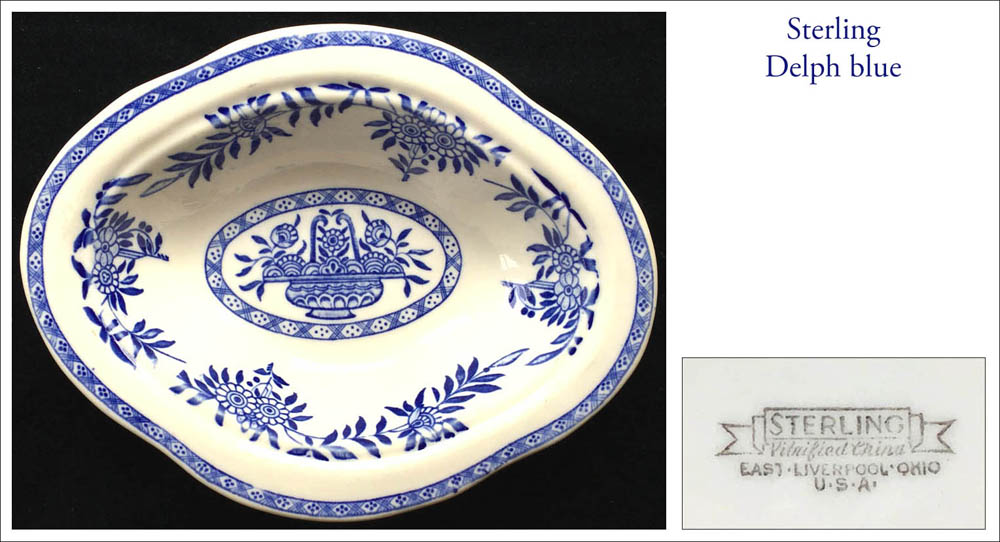 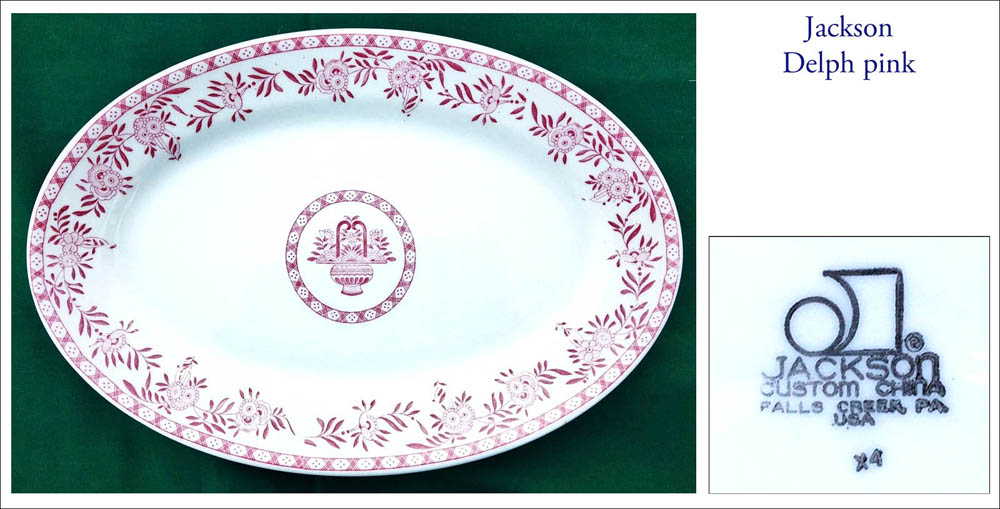 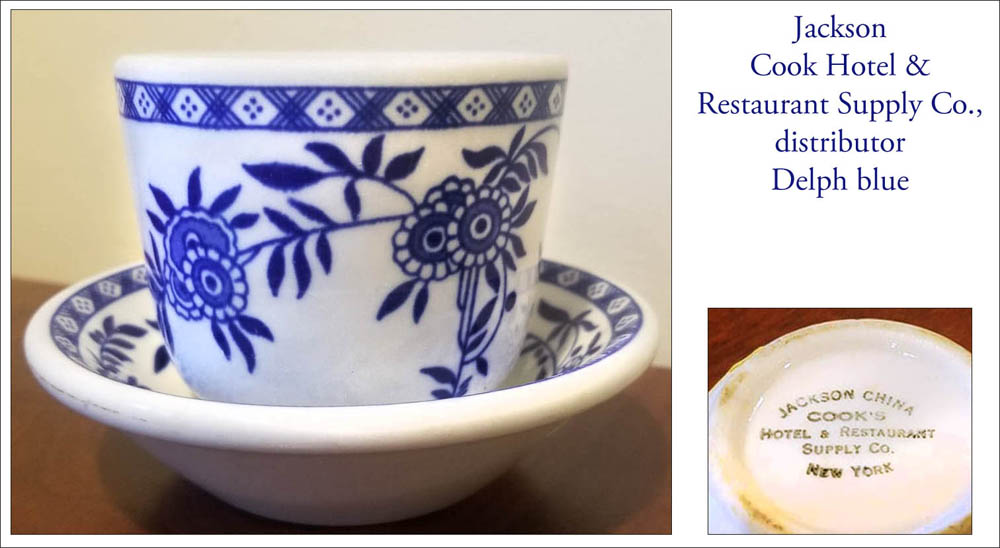 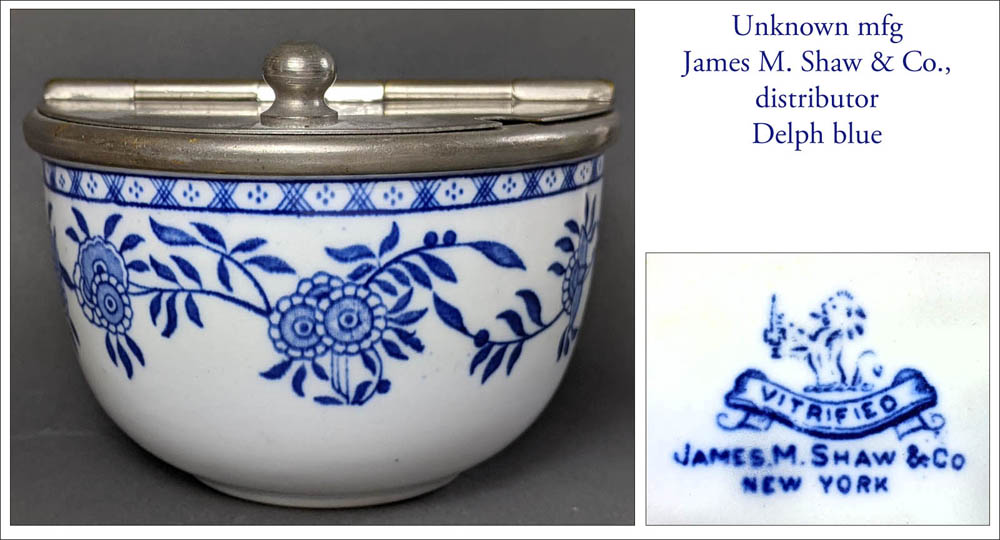 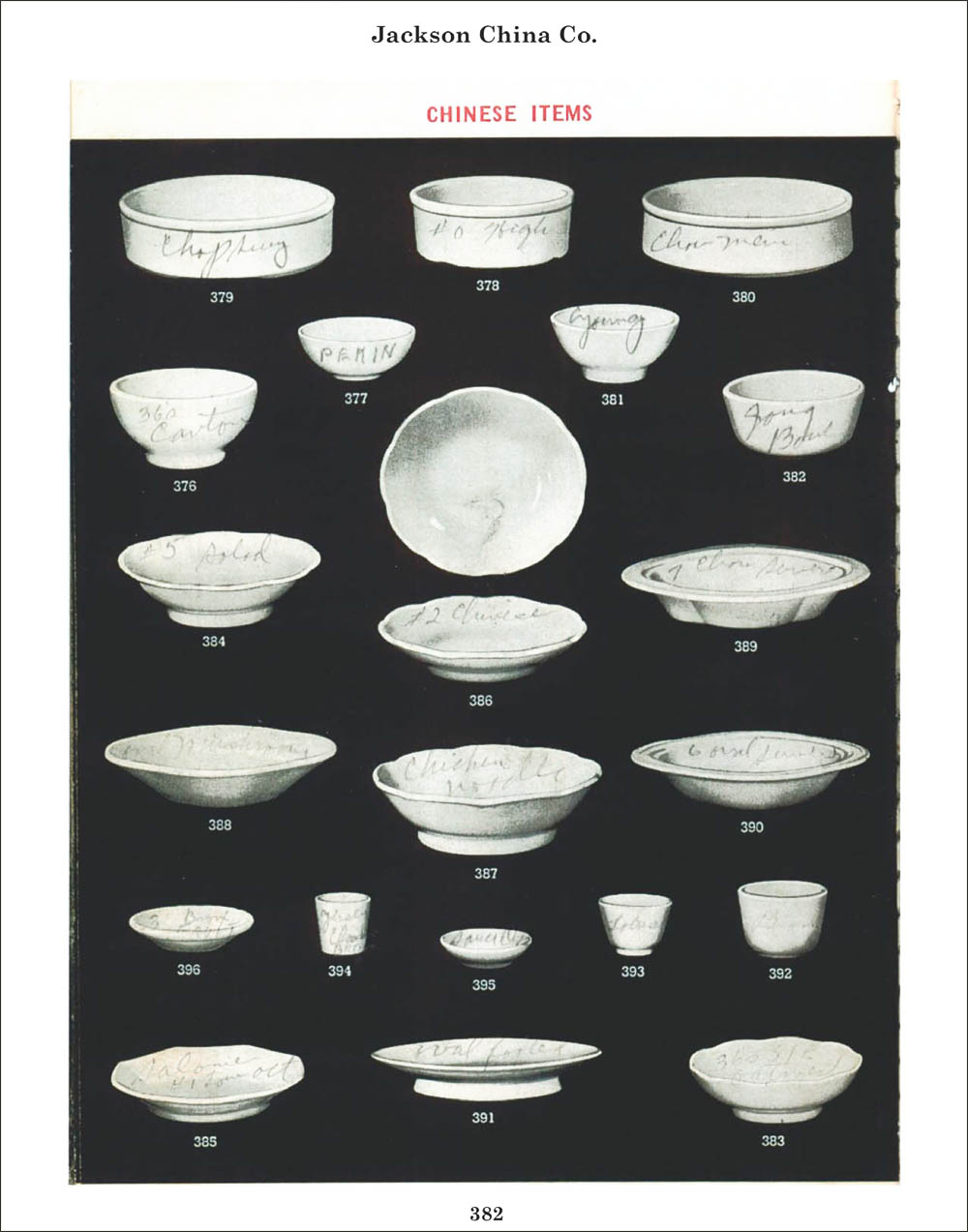 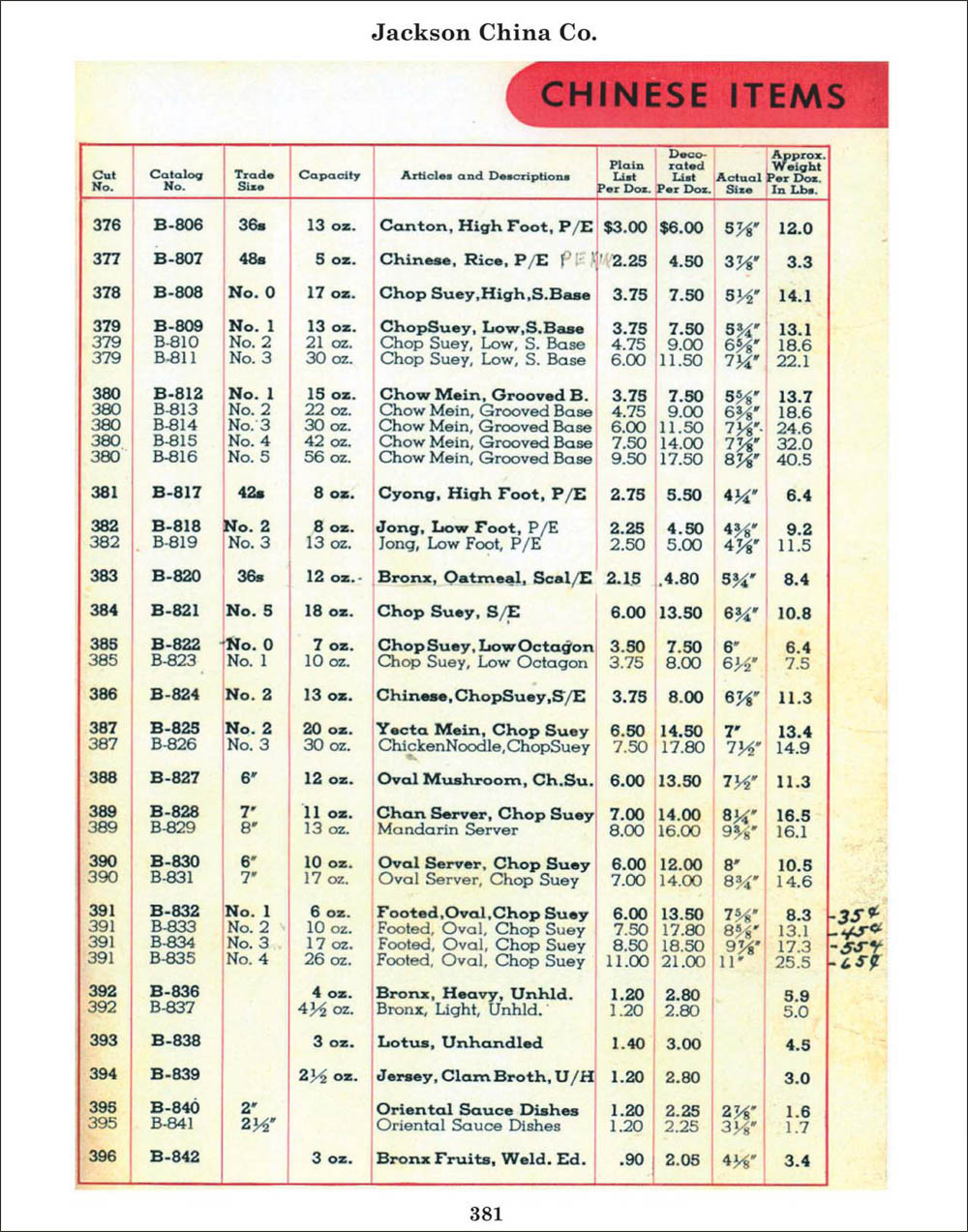 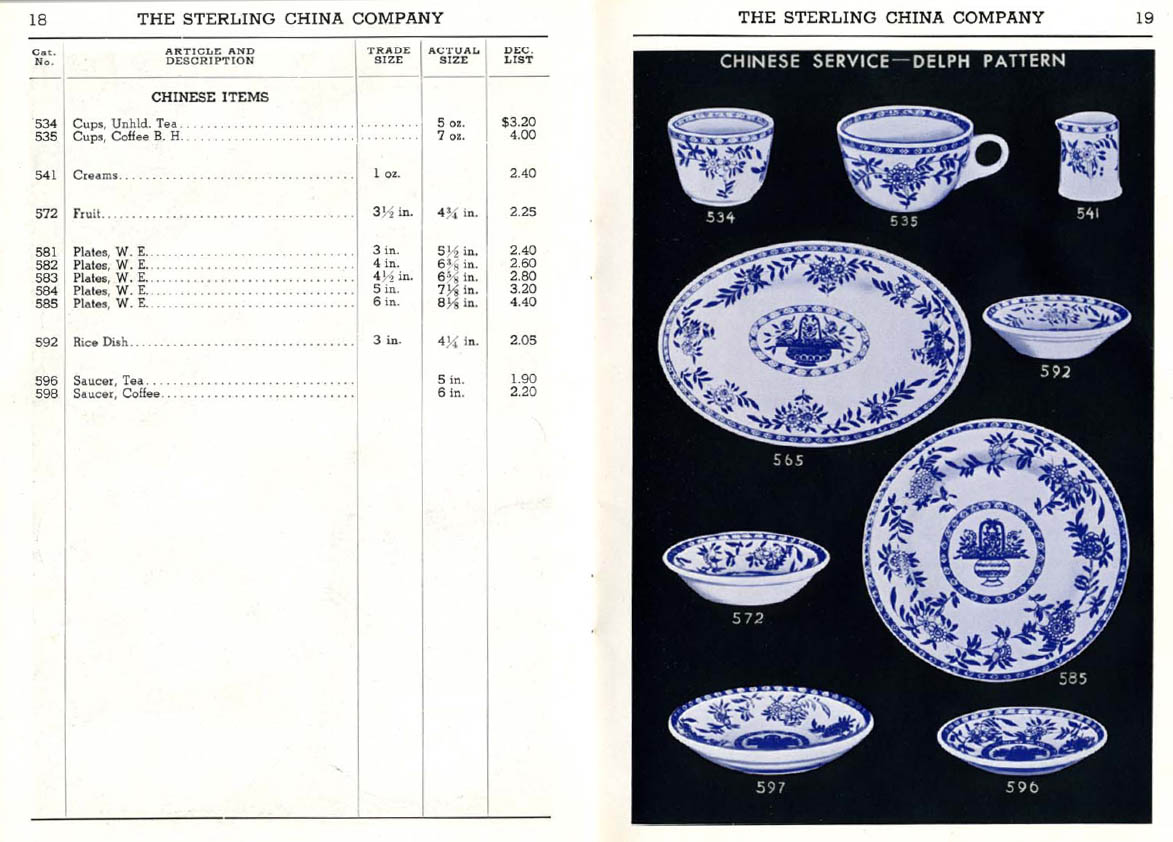 Notes: Delph is a monotone pattern, reminiscent of the Onion pattern and even mistaken for Blue Willow, that is commonly associated with use by Chinese restaurants but has certainly been used by other venues as well. It is most often found in deep cobalt blue, followed by red or pink versions, and even brown and green versions are documented above.

In line with its association with Asian cuisine, it is frequently seen in shapes associated with Chinese serving dishes, such as straight-sided chow mein and chop suey bowls (even though chop suey was an American invention). See catalog photos above.

As noted, the pattern was made by numerous American manufacturers. James M. Shaw & Co. was a common distributor, sometimes with, sometimes without the addition of a manufacturer. Shaw was in business from circa 1907-1936. York seems to have operated circa 1930s-1970s, and Cook's circa 1900-1970s.

Stylized flowers and vines with crosshatched border pattern. Depending on the shape, the addition of a center-of-the-well motif of the border pattern encircling a basket of flowers.