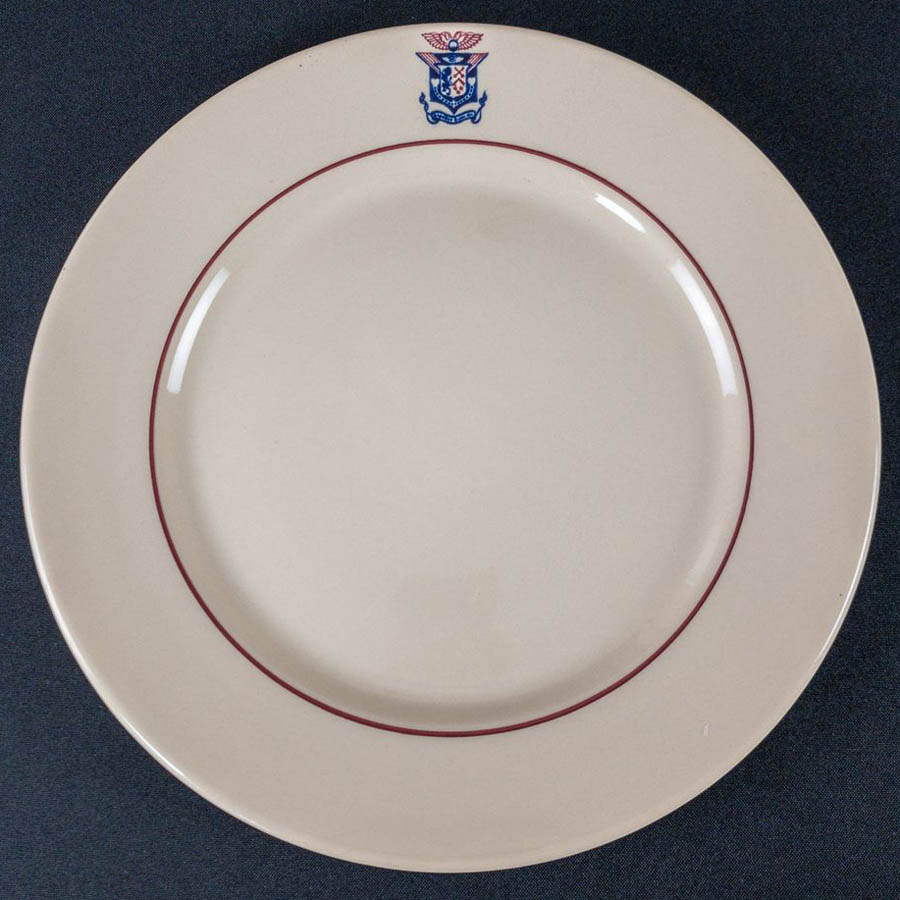 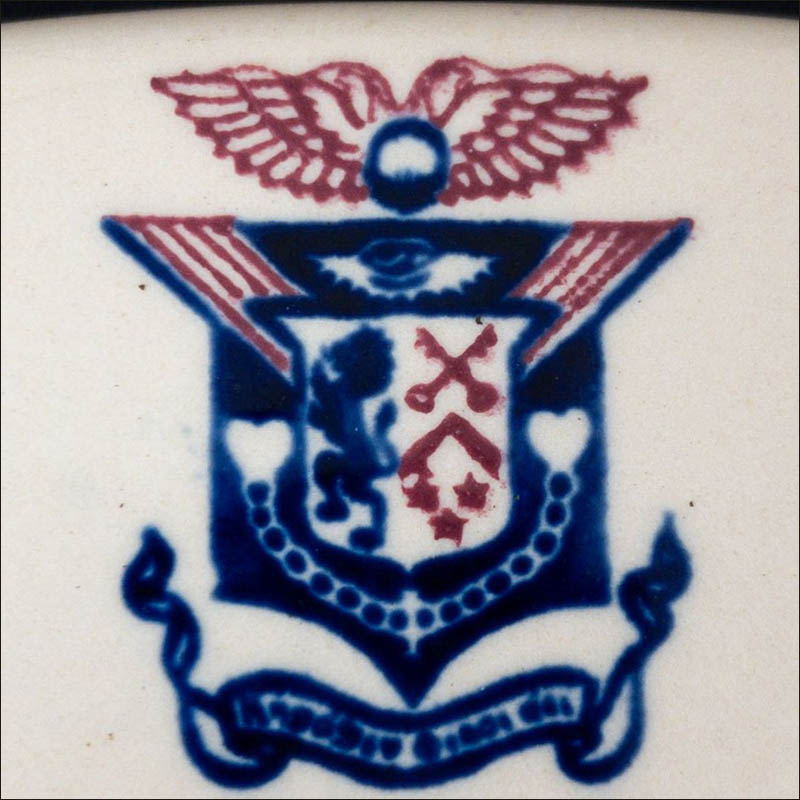 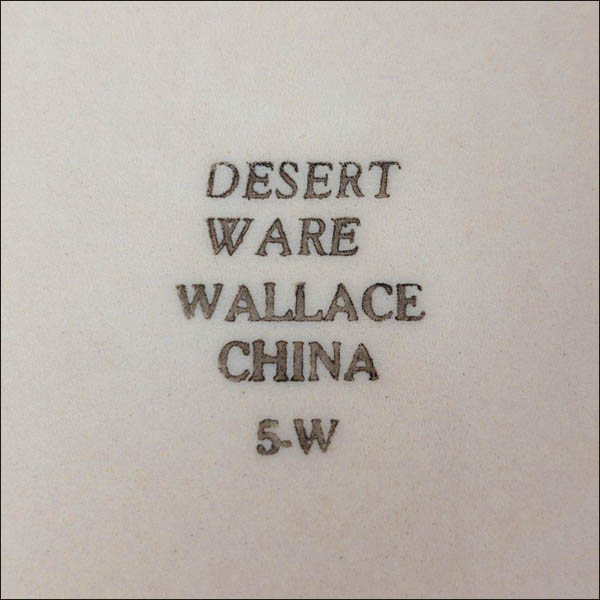 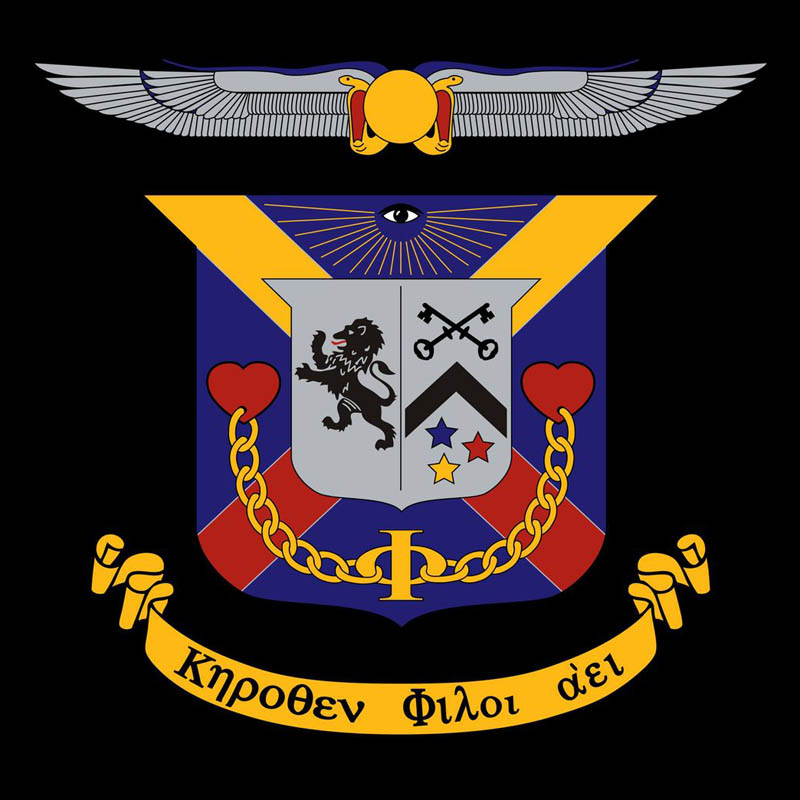 Notes: From Wikipedia:  "Delta Kappa Epsilon (ΔΚΕ), commonly known as DKE – or – Deke, is one of the oldest fraternities in the United States, currently with fifty-six active chapters across North America. It was founded [in room number 12 in the corner of Old South Hall] on the campus of Yale College in 1844, by fifteen sophomores who were discontent with the existing fraternity order on campus. The men established a fellowship where the candidate most favored was he who combined in the most equal proportions the Gentleman, the Scholar and the Jolly Good Fellow.

"Delta Kappa Epsilon became an international fraternity with the addition of the Alpha Phi chapter in 1898 at the University of Toronto, Canada. Expansion to the United Kingdom had little success. Today, ΔΚΕ chapters are located only in the United States and Canada, and have initiated over 85,000 members across North America."

Tan body plate (Desert Ware) with the fraternity's crest at the top rendered in blue and red. The fraternity's motto – Κηροθεν Φιλοι ἀει (Kērothen Philoi Aei; "Friends From The Heart, Forever" is contained in a ribbon at the bottom of the crest. There is a thin red line around the border where it meets the verge.