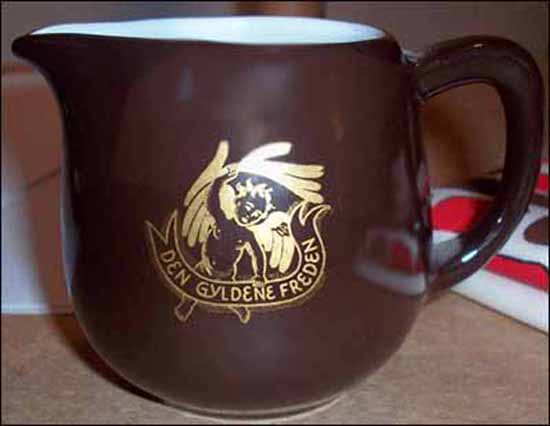 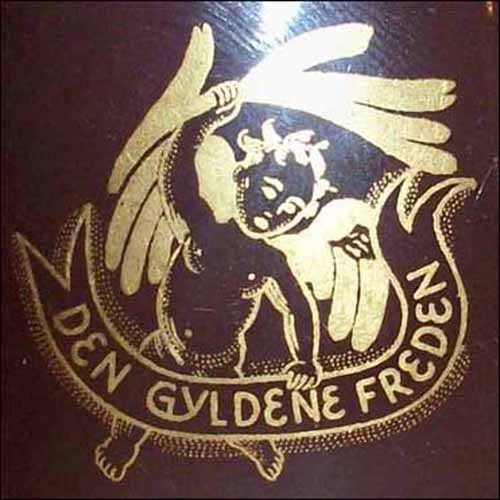 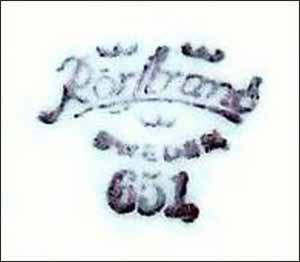 Notes: Den Gyldene Freden – which in English translates to The Golden Peace – is a restaurant located in the old town of Stockholm, Sweden. It is one of Sweden's most well-known and oldest world restaurants, placing it in the Guinness World Records book. The surroundings and environment are more or less unchanged since the day the restaurant started in 1722 and it is a unique example of an 18th Century tavern.

Freden has during the centuries been a central place for many of Sweden's famous writers, painters and songwriters. Famous Swedish painter Anders Zorn was most significant in the history of the establishment, as he bought Freden and saved it from shutting down in 1919. Click here for the restaurant website.

White body with dark brown overlay, topmarked in gold with the restaurant logo of a cherub holding a sheath above a banner that reads "DEN GYLDENE FREDEN."