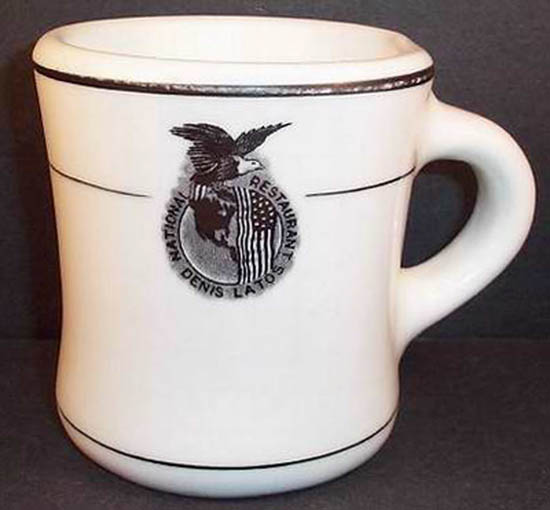 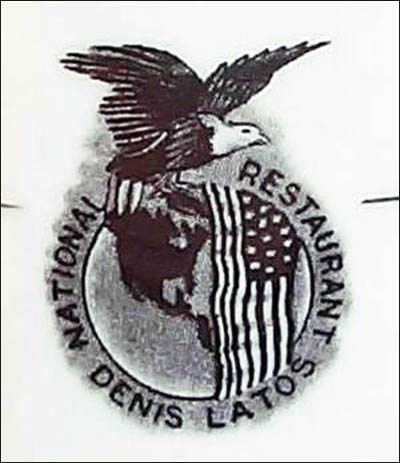 Notes: This mug was most likely used at the National Restaurant located at 3112 Washington Avenue in Newport News, Virginia. The restaurant was a very popular lunch counter restaurant. In the 1930s to early 1940s, a Stanly Paul and a John N. Dofittou were the proprietors of this restaurant. Was Denis Latos the original owner?

The mug logo consists of a bald eagle striding the top of the world, showing the North American continent and a draped United States flag, encircled by the words, "Denis Latos National Restaurant". This black and gray-toned logo is on a white mug. The mug was made by the D.E. McNicol China Co. in Clarksburg, West Virginia, and has the 1914 – 1920's era backstamp. It is their Toulaine China backstamp and was distributed by the H.L. Hoechstetter Co., a china distributor in Pittsburgh, Pennsylvania.