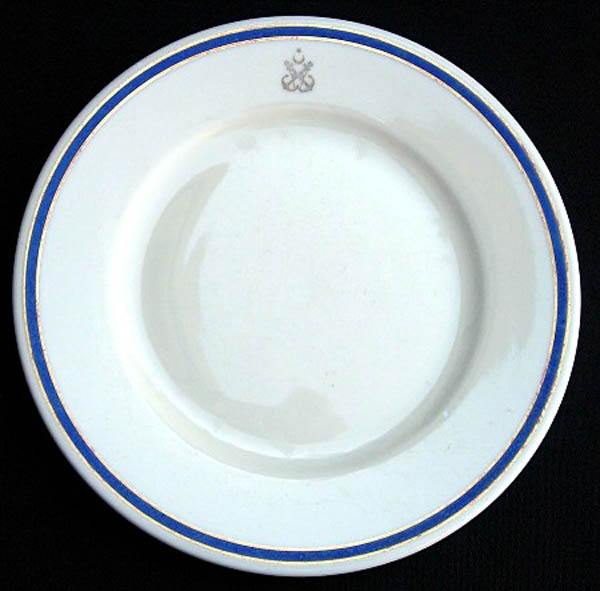 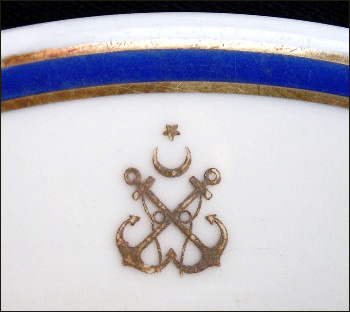 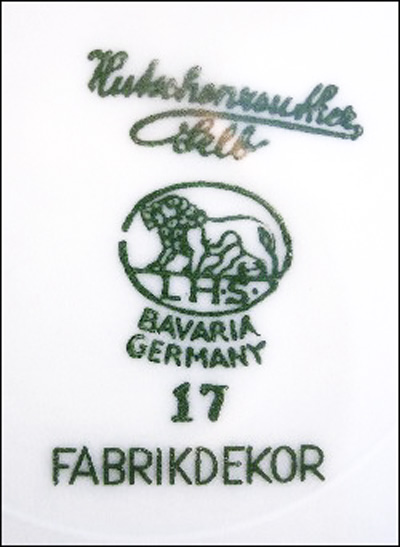 Notes: Denizcilik Bankasi TAO (the Turkish Maritime Bank) was established in 1938 primarily to fund the nation's emerging maritime industry. Cargo ships as well as passenger lines were operated by the bank.

The plate is marked with crossed fouled anchors with a crescent moon and star, the Turkish national emblem, above in gold with blue and gold stripes around the rim. This image in red is also used on the house flag.