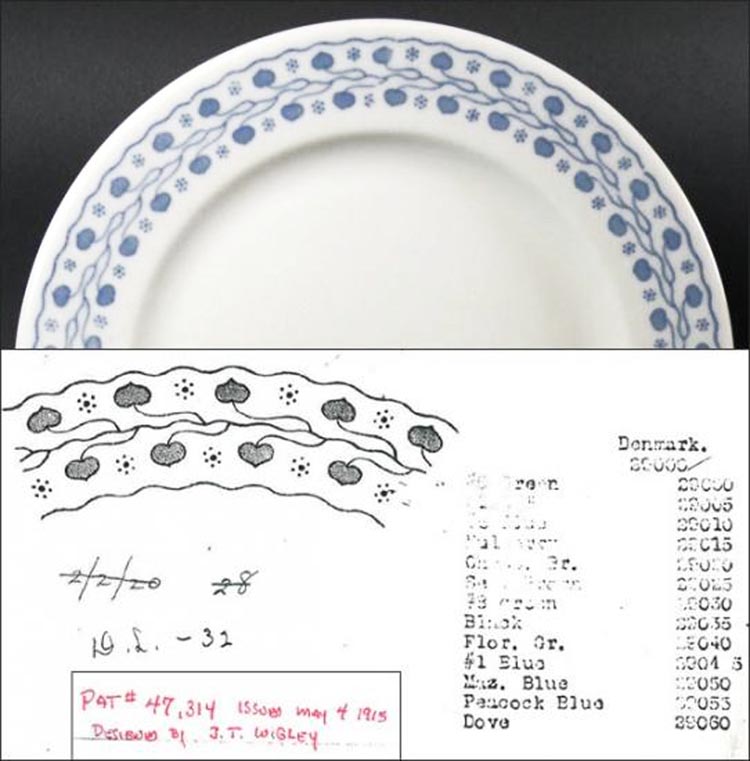 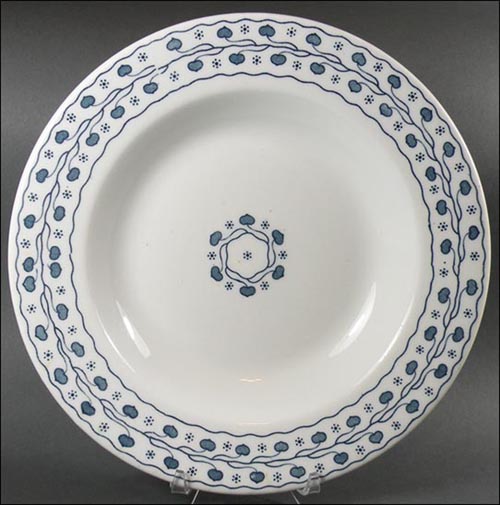 Notes: Denmark is a popular Syracuse China stock pattern designed by J.T. Wigley. A patent for it, #47,314, was issued May 4, 1915. Based on its inclusion in an early Syracuse catalog (photo below), it was available in a variety of colors but is most often seen in a medium gray blue.

The border design includes a series of heart-shaped leaves with small alternating snowflakes or asterisks, with a wavy line on the outside edge – all in one color. Some larger pieces of the pattern may be found with a related, circular design in the center.

According to Doug McIntyre in "The Official Guide to Railroad Dining Car China," Denmark, in blue, "was the standard pattern at the Springfield, Missouri, Harvey House for many years."

It was also used by the St. Louis – San Francisco Railway "from the 1930s through the 60s on non-streamlined trains," and was known as Blue Denmark " – "the official railroad designation for this pattern."

It is important to note that other venues in addition to Fred Harvey and his Harvey House restaurants could have ordered this pattern in blue.

Notice above, the darker blue variation of Denmark with the optional center motif that was part of the original design.
Catalog page contributed by Larry Paul
Photos contributed by Susan Phillips