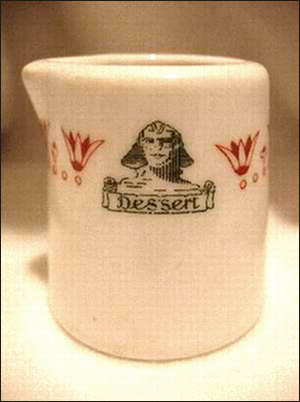 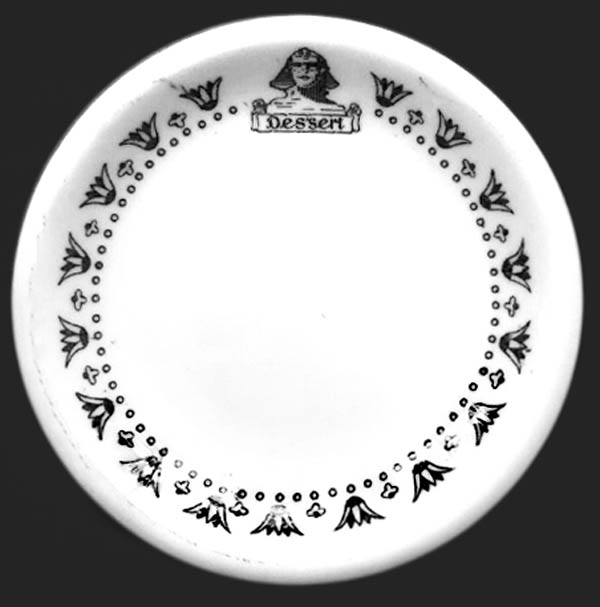 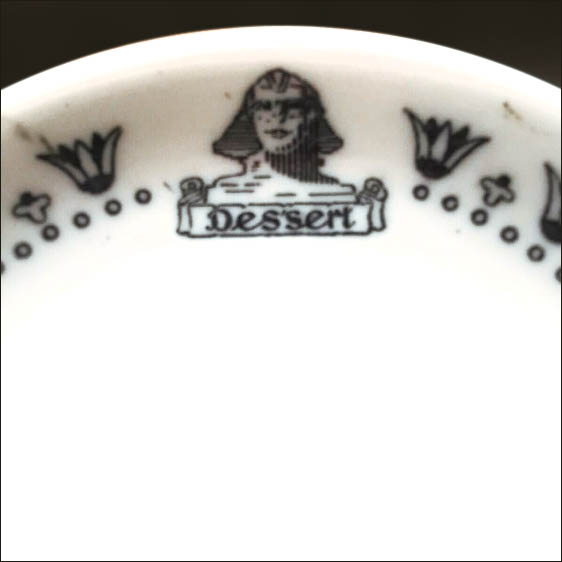 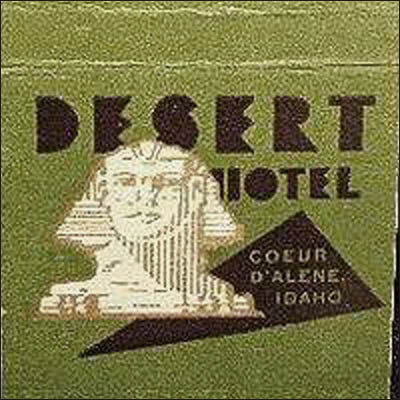 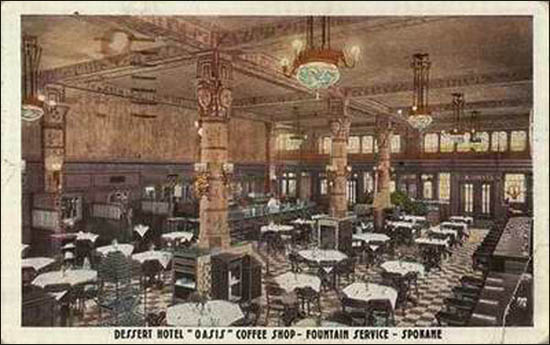 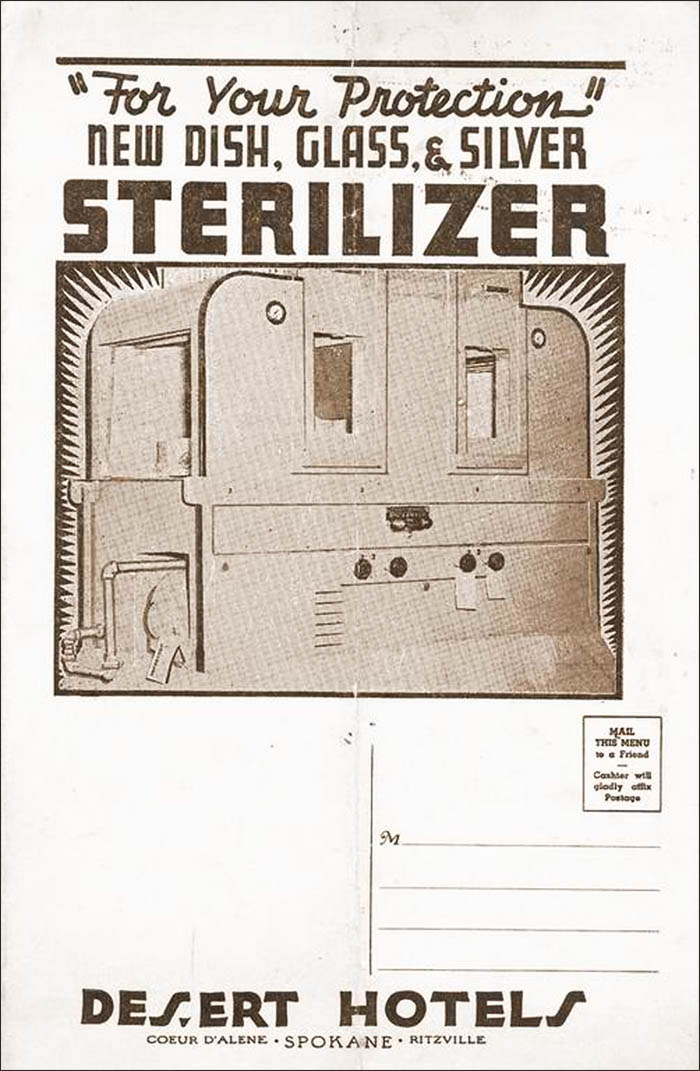 The logo on the creamer matches the logo of the Dessert Hotel "Oasis" Coffee Shop – Fountain Service – Spokane postcard shown below. However, the hotel name on the Coeur d'Alene matchcover with the Sphinx Head, has only one "s" in the Desert Hotel name. Other hotel items, such as the menu above dated November 14, 1940, and a 1942 photo of the Ritzville hotel exterior sign, also have one "s" in Desert.