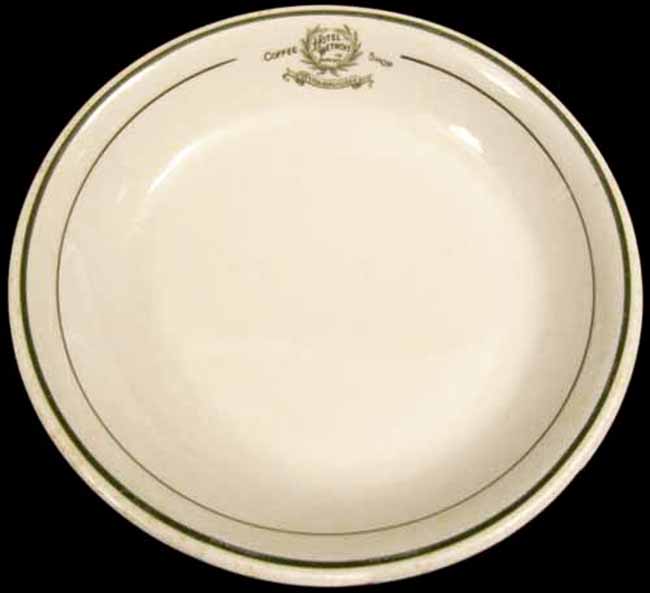 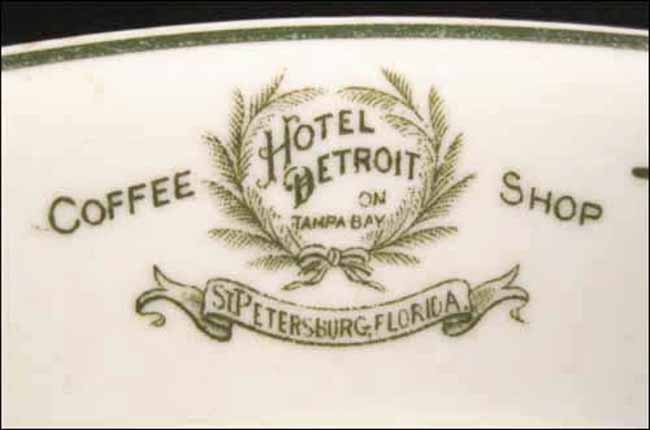 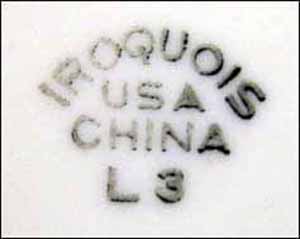 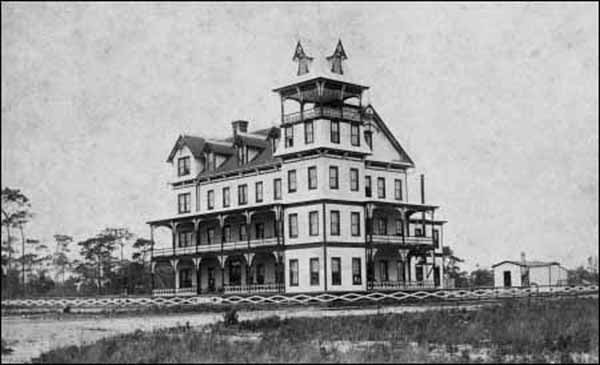 Notes: In 1875, General John Williams came down from Detroit, Michigan and bought 2,500 acres of land on Tampa Bay. The first hotel in St. Petersburg was built at 215 Central Avenue in 1888 and named after the General's home town. The four-story, Queen Anne style structure was built of wood with wrap-around double porches and a tower. From 1888 to 1890, The Detroit was the only hotel in St. Petersburg. The hotel is comprised of three components: the 1888 original building, the 1911 brick west wing and the 1913 brick east wing. The building now has 24 condos and five businesses and was designated a city landmark in March 2010.

White bodied rolled-rim bowl with green lines and logo of palm frond wreath with Hotel Detroit on Tampa Bay within and Coffee Shop on either side. A banner below the wreath has St. Petersburg, Florida on it.