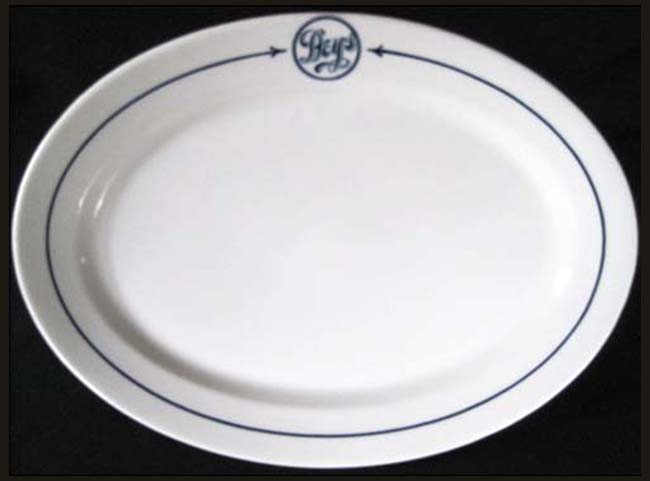 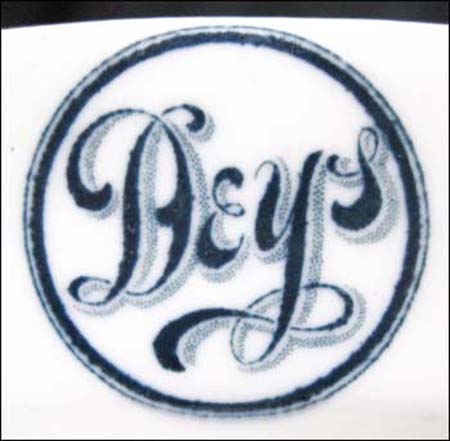 Notes: Founded in 1877, the Dey Brothers flagship store, located at So. Salina Street in Syracuse, New York, opened in 1894. The Dey Brothers Department Store was part of the Allied Stores Company.

The flagship store closed in 1992 and the building in 2011 is known as Dey's Plaza, offering 45 upscale residential apartments with an indoor local/organic foods and prepared foods market.

White body with dark blue line on the rim broken by the Deys name in a circle.