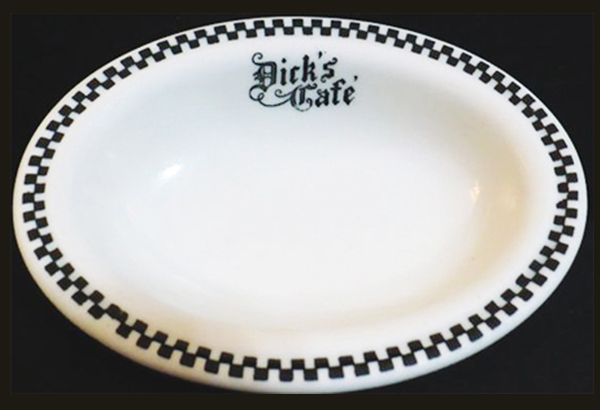 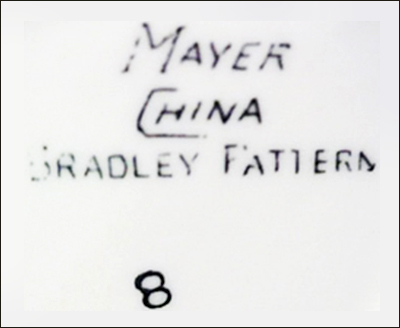 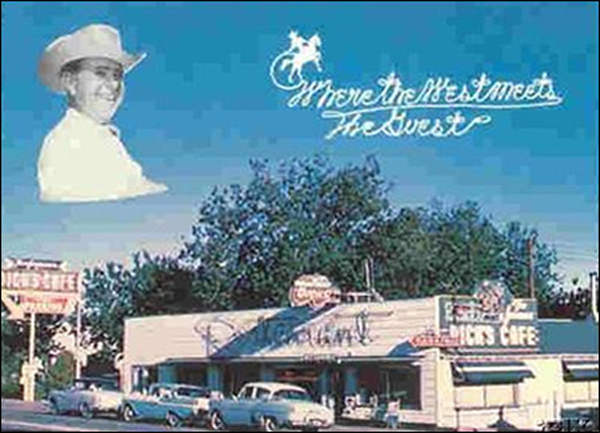 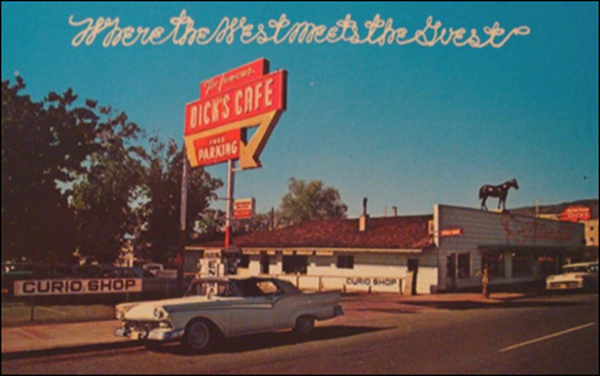 Notes: (The number 8 added to the backstamp may indicate an earlier manufacturing date than 1912; more information is needed. But if it were proved that the 8 does indicate a pre-1912 date, the possible locations of the restaurant would both be incorrect.)

Two likely locations were found for a Dick's Cafe, both in Utah, but there is no evidence that any connection existed between the two. And there were, naturally, other Dick's Cafes during this time period, but none that seemed to be nearly as prominent, large or be in business as long as these two:

According to his obituary, Hammer was involved in the early Southern Utah Western movie industry." He also worked in many Westerns as an extra and stunt man and competed in rodeos. The final scene of "The Electric Horseman," starring Robert Redford and Jane Fonda, was shot at the counter of Hammer's Dick's Cafe in downtown St. George.

The Dick's Cafe in Ogden, Utah, was located at 2351 Washington Street, in the center of town. A popular spot for lunch and dinner meetings, it was open at least as early as 1930, was air-conditioned in 1938, and was sold in 1944. Its proprietor was F.F. "Dick" Gunn.

White china has black checkerboard border with Dick's Cafe in a blackletter font.