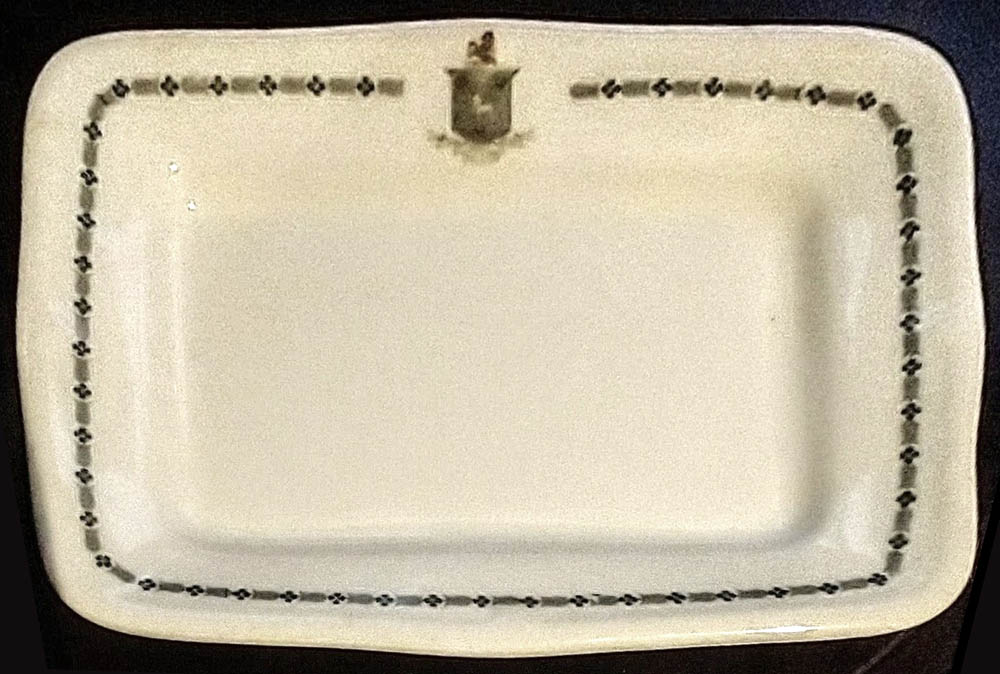 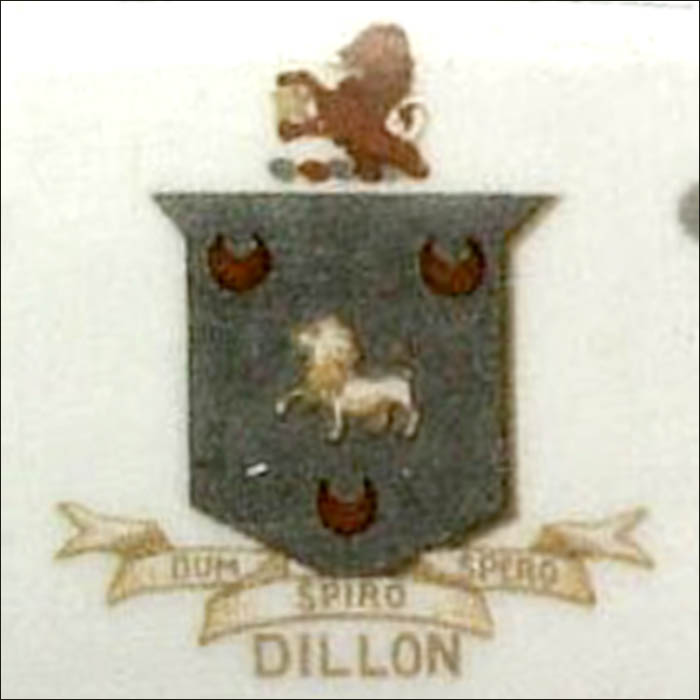 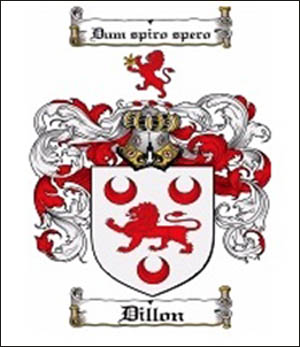 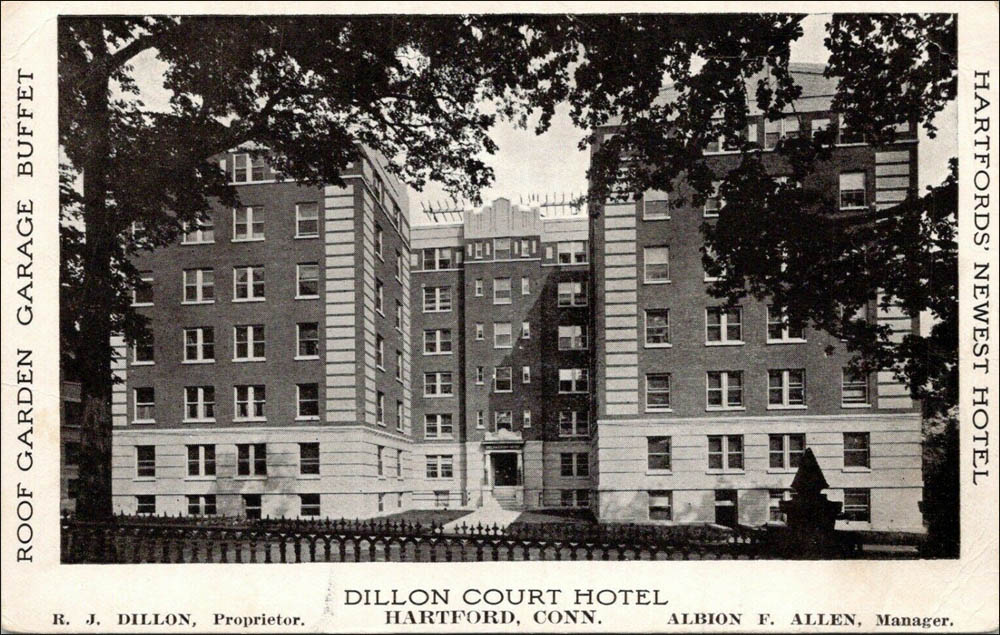 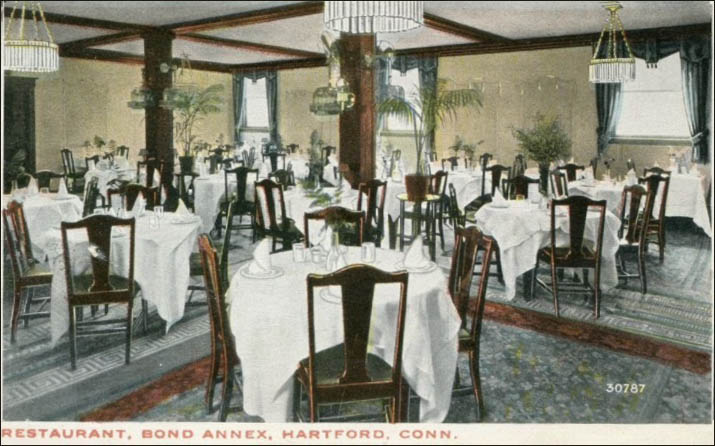 Notes: Around 1911, Richard J. Dillon took some of the fortune he had made operating restaurants in railroad stations in the Hartford area and built the Dillon Court Hotel. When it opened, the seven-story, 300-room Dillon Court contained a buffet and a roof garden.

On September 13, 1913, Dillon died in his apartment at the hotel. He was 61. Harry S. Bond, owner of the nearby Bond Hotel, leased the Dillon Court and by 1915 it was renamed Bond Annex.

Maddock Pottery made crested china for the Dillon on American body china. The crest is a shield in blue green and brown.  The flanking decal border is #6095, Bender border. Mellon & Hewes Co. was the distributor. The Dillon Court crest is based on the coat of arms of the Dillon family.