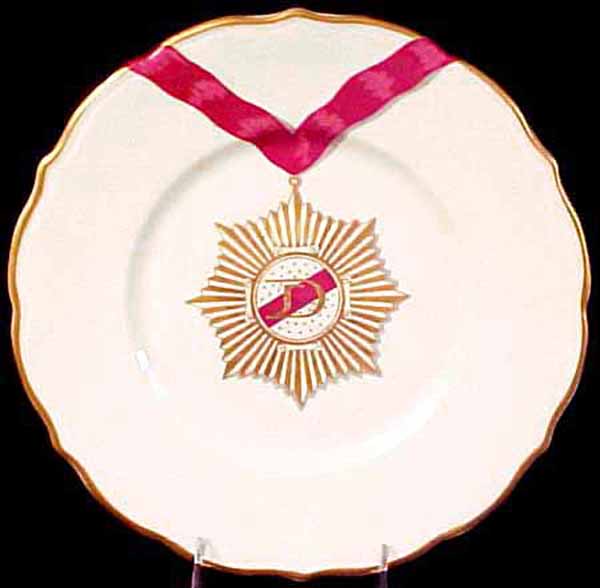 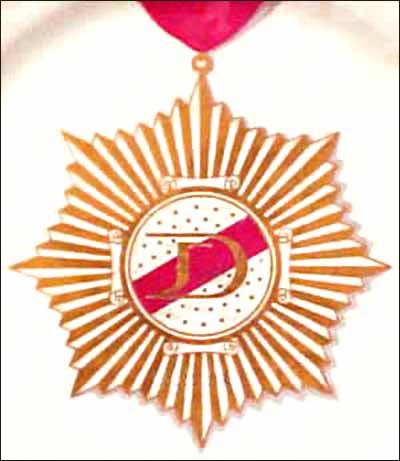 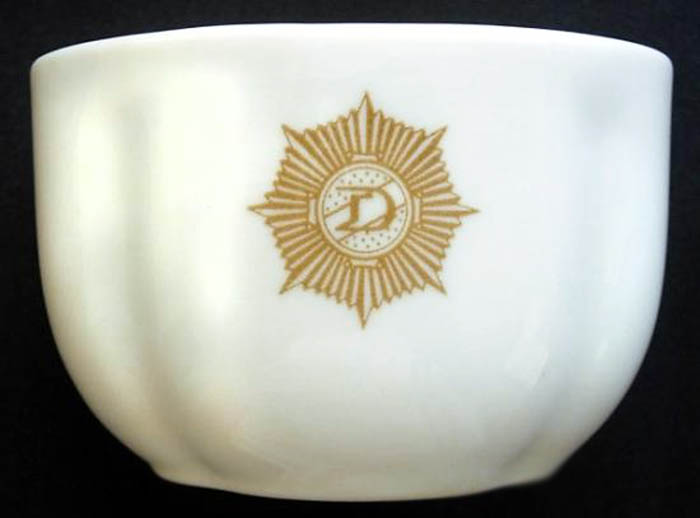 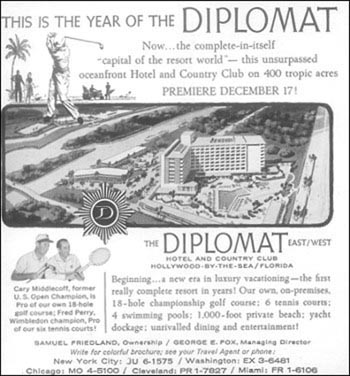 Notes: The resort opened in 1956 at 3515 S. Ocean Drive, Hollywood, Fla., and was torn down in 1998. In its time, it was the "complete-in-itself, 400-acre capital of the resort world," with its own 18-hole championship golf course and its own well-known pro, Cary Middlecoff. The Diplomat featured four swimming pools, docks for yachts, six tournament tennis courts and several cocktail lounges and unparalleled cuisine in seven venues. Entertainment appeared in the Cafe Cristal.

White body, gold medallion with D in the center, striped in deep rose and hanging from a rose ribbon.