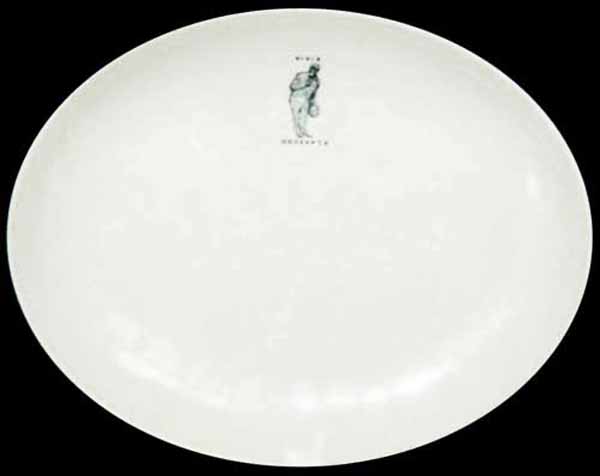 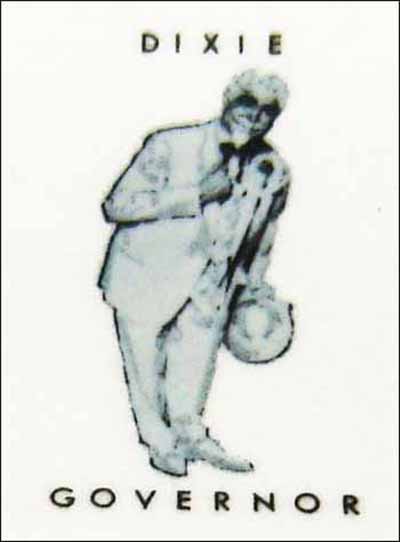 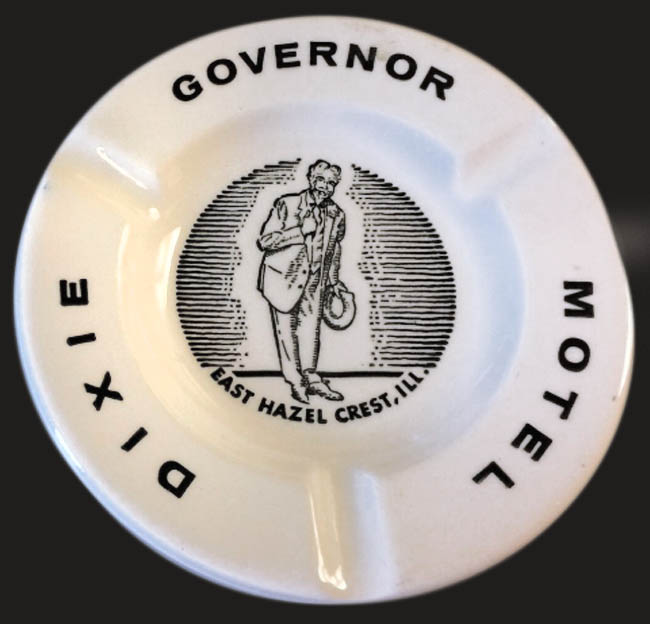 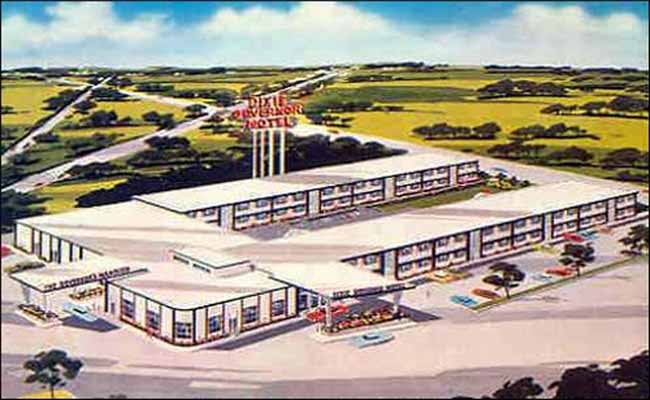 Notes: The Dixie Governor Motel was built in Hazelcrest, Illinois at the intersection of Dixie and Governors Highways (also known as Route 54 and 175th Street) across from the Calumet Station terminal and service yard of the Illinois Central.

For years, crews staying over in Hazelcrest stayed at the Dixie Governor. The building is now marked as 'The Council' and the location is known as 'Cheker Square.' It is the coordination center and residence for an in-house alcohol and substance abuse rehabilitation facility.

White 10" x 13" platter with motel logo centered at 12 o'clock. Logo is gray-blue, with the name Dixie Governor split vertically by the image of a gentleman suited in Southern dress, not unlike the image of Col. Harlan Sanders, bowing slightly to the viewer.