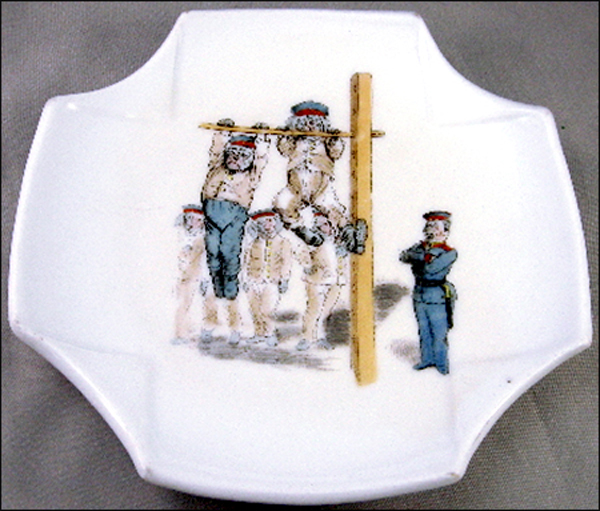 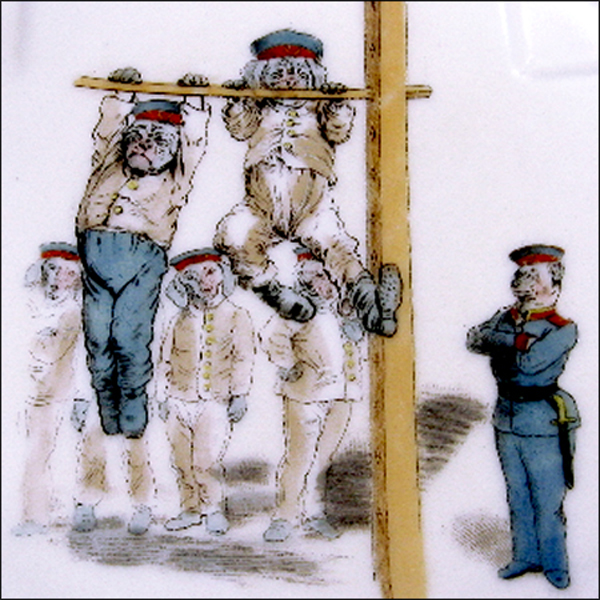 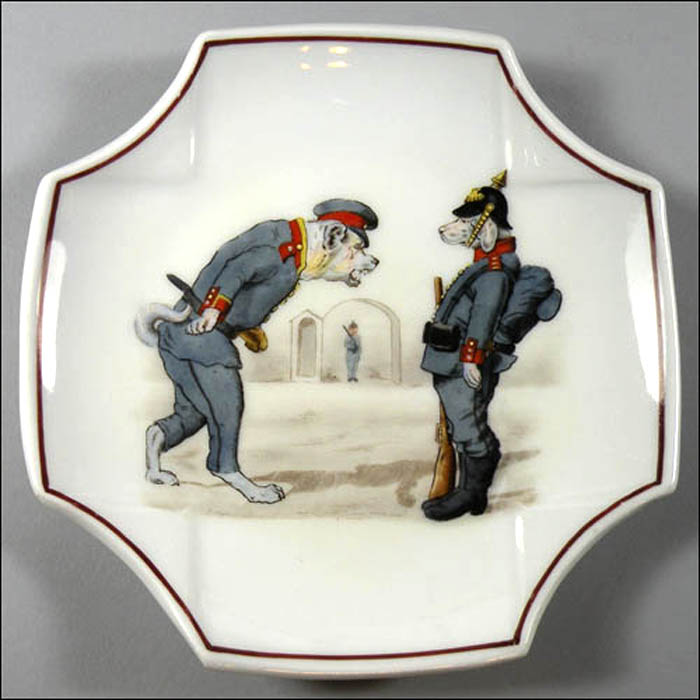 Notes: With the outbreak of the First World War, these dogs have evidently been conscripted into the German army to fight for the Kaiser. They are shown doing pull ups under the supervision of an officer and look none to happy about it, although the Dachshunds in the background are sure they can do better.

The uniform color accent of red referred to infantry, the stripe on the collar of the standing dog (and his bayonet 'portepe') indicate an Infantry Sergeant. The tan color of the recruits was their drill uniform color.

Another photo, seemingly from this series, showing a lowly recruit dog (possibly a Weimaraner), being chewed out by his commanding (possibly bulldog) officer.

White body, incised Bauscher Brothers backstamp and incised "14" date code. The piece appears to be a tip or change tray with folded corners to emulate two calling cards laid across one another.